Minnesota State Bird: All You Need To Know

Minnesota is the 12th biggest state in terms of land area and the 22nd most populated in the United States. The majority of Minnesota is covered in rolling hills, but the northern half of the state is the most rugged, with several deep lakes and steep slopes. So, what is Minnesota’s State Bird?

In 1961, the Common loon (Gavia immer) was designated as Minnesota’s State Bird. With wingspans of up to five feet, the huge black and white loon is a commanding avian specimen. The Great Northern Diver is another name for the Common Loon. 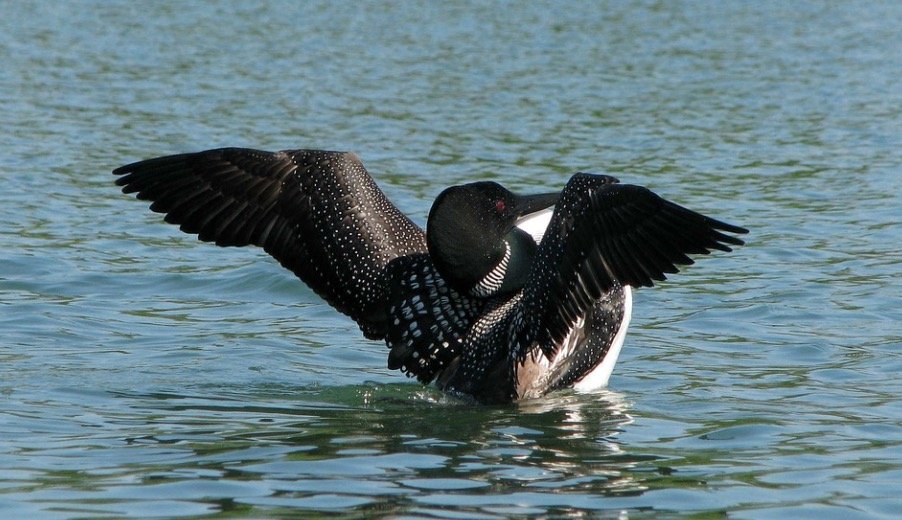 Why is the Common loon Minnesota State Bird?

The fishing ability of these big, quick divers most likely astonished the Minnesotans. They swiftly snare little fish from the lake’s waters. You may fool a less informed person into believing the lake is haunted by their haunting sounds that reverberate throughout the state’s waterways. However, it is exclusively inhabited by the state bird of Minnesota. Only Alaska has a greater number of these birds.

When did the common loon become Minnesota State Bird?

On March 13, 1961, the Minnesota legislature designated the Common loon as the state bird. Minnesota has no official bird in common with any other state.

These loons range in size from eight to twelve pounds, and are characterized as being bigger than a duck but smaller than a goose. The bird is always black and white in hue. It has a big, black beak and a robust neck.

Because the bird’s legs lie far back on its body, it has a distinct stride that makes it difficult to misidentify. Both sexes may grow to be around 2.3 to 3 feet long. They are larger than most other birds, weighing between 3.5 and 18 pounds. They have roughly a five-foot wingspan. 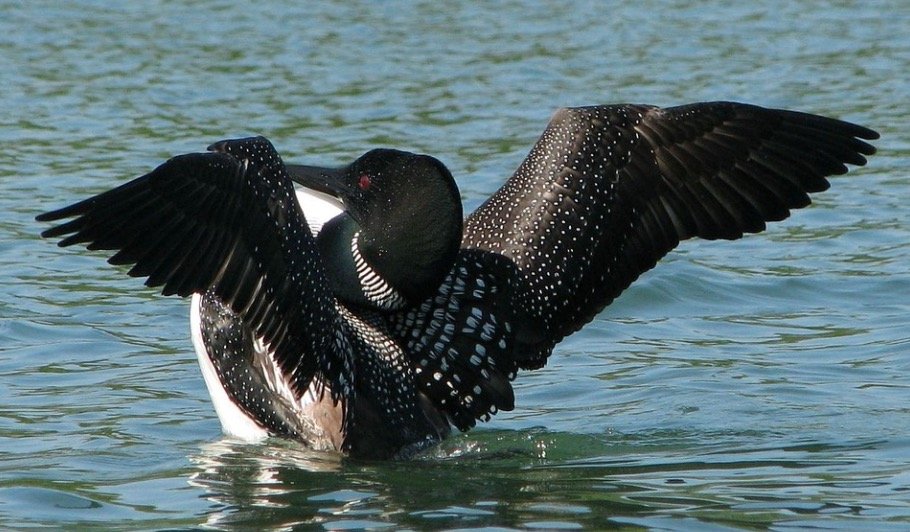 What is the behavior of Minnesota State Bird?

The sportsperson The common loon prefers to live on sea coasts, although it also likes living on the shores of inland lakes and reservoirs. They can fly, swim, and dive. The loon’s athletic abilities are unparalleled in the animal realm. This bird would win triathlons if it could ride a bicycle. These waterbirds only come to the coast to mate and lay their eggs. Their leg positioning allows them to swim as well as ducks and geese. These territorial birds establish in one location and stay for the rest of their lives. A loon may live for 20 to 30 years. They return to the lake where they initially bred every year because it seems like home to them.

Do common loons live in groups?

A nuclear family is formed by the common loon. A male and female loon mate and have a brood. They place a premium on unity. Because they pick a life spouse, loons go through a complicated wooing process.

They choose their spouse via a ritualized procedure that involves a process known as preening. To attract the female, the male preens. The white patch on his neck is visible to the possible partner in this stance.

The birds also show their urge to mate by emitting a mating cry that sounds similar to a cat’s “mew.” The dating duo will dive together when courting, plunging their beaks in the water and flinging their heads up. Their diving courting ritual includes of two dives, one fast and one splashing.

When she is through with their ceremony, the female swims to shore, exposing the white of her tummy by lying on the ground. This signals to the male that he is welcome, and they copulate as a result.

They return to the water for a swim after procreating. This swim has a purpose as well as a ritual. Unlike other birds who copulate in their nest, the common loon courts, copulates, and then selects a home site on the same lake but a bit farther away from where they originally copulated. They come ashore after their swim after deciding on a location for their nest.

The male and female work together to construct their house. They may build their nest in shallow water or beside a body of water. Both sexes collect items and transport them to the nesting location.

They pluck plants from the waterway’s shallows and transport them to their nesting place. The female deposits her eggs after they have built their house together. This procedure depletes her energy, and the loon pair may only produce one egg at a time.

The pair works together to incubate their clutch of eggs. They alternate sitting on top of the egg to keep it at a constant temperature of 95 degrees Fahrenheit. One month is required for incubation. The newborn chicks are helpless upon birth.

Although the pair soon returns to the water, the infants ride on the back of one of the parents. The chicks won’t be able to swim until they’re around a week old. They, too, are unable to fish until that time, so their parents must feed them as well.

If you hear yodelling from the water or the water’s edge, it means a predator has approached the loon’s nest or it’s young. You’ll undoubtedly hear enormous wings fluttering next as the loon scares away the predator by lifting its chest and flapping its vast wingspan.

The infants develop swiftly, reaching adult size within six weeks. However, they do not develop flying feathers until they are roughly 11 weeks old. They swim with their parents until they are able to swim as well as fly. 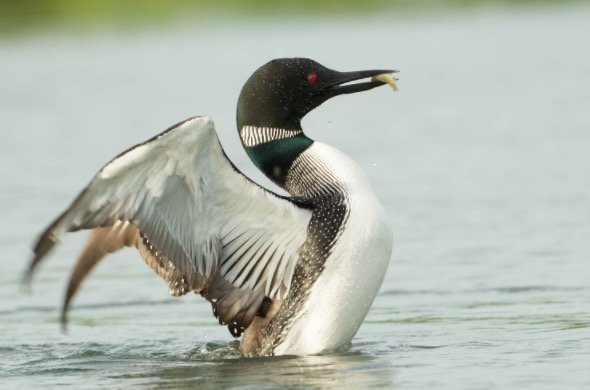 What do Common loons eat?

Common loons eat fish. In Minnesota’s natural regions, watching them dive for meals is a pleasurable and engaging pastime. Loons like erratic swimmers because they are easier to capture, therefore they consume a lot of yellow perch, bluegill, and pumpkin seed. Catfish, suckers, minnows, and smelt are among favorites of this fish-eating avian.