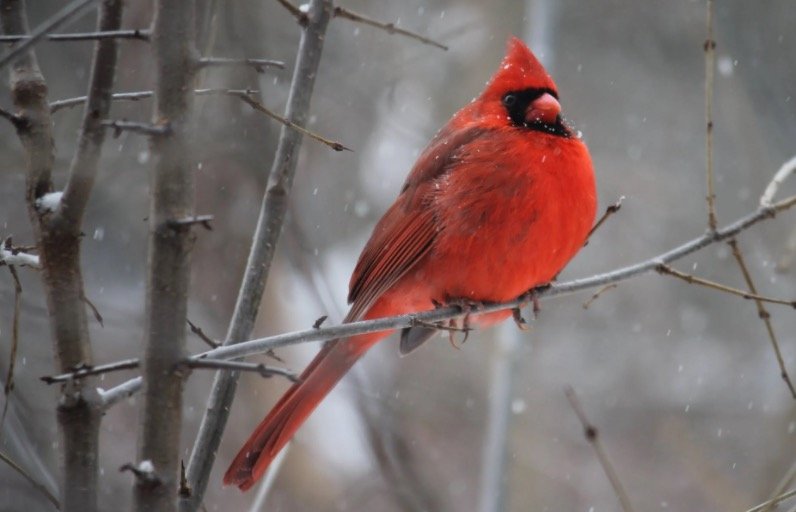 Illinois State Bird: All You Need To Know

Illinois is the 25th biggest state in terms of land area and the 6th most populated in the United States. There are a variety of habitats good for birds and fauna, including several lakes and lowland hilly regions. The White-tailed Deer is the official animal of Illinois, but what is the state bird?

In 1929, the Northern Cardinal (Richmondena Cardinalis cardinalis) was designated as the state bird of Illinois. The medium-sized songbird, famed for its brilliant scarlet red plumage, picked Illinois as one of its breeding grounds. Northern Cardinals enjoy a balance of wooded and open settings, therefore The Prairie State was an obvious option for these birds. 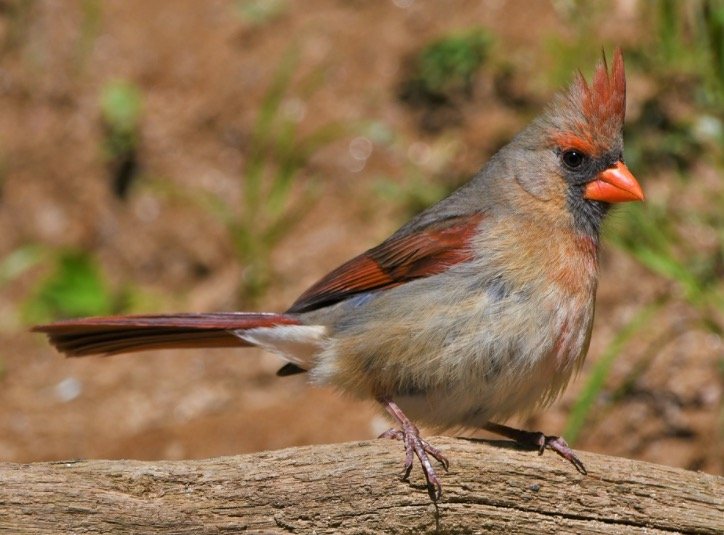 Why is the Northern Cardinal Illinois State Bird?

In 1928, at the request of the Macomb section of the National Federation of Professional Women’s Clubs, Illinois schoolchildren voted on a state bird. It took until the next year for the legislature to formally proclaim the cardinal the state bird. While seven states picked this bird, Illinois was the first to do so. The oriole, bluebird, meadowlark, and bobwhite were among the other choices.

When did the Northern Cardinal become Illinois State Bird?

Although Illinois became a state on December 3, 1818, it did not select a state bird until 1929. On June 4, 1929, the Illinois General Assembly enacted legislation making it the state bird. Northern Cardinal is the state bird of Indiana, Ohio, Kentucky, North Carolina, Virginia, and West Virginia. 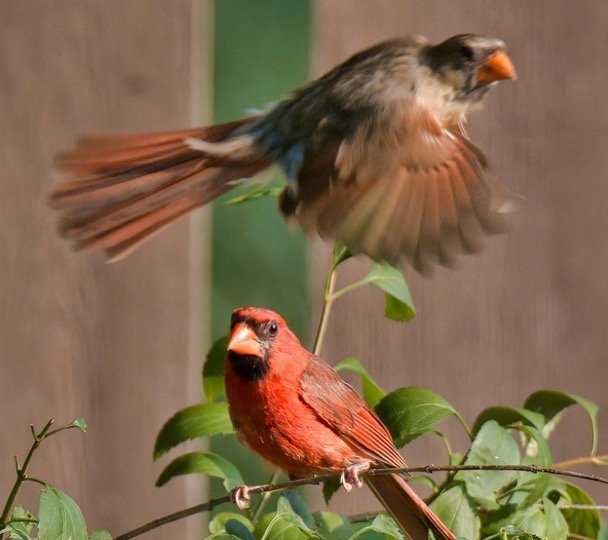 Northern Cardinal males have brilliant crimson red feathers, while females have reddish-brown or gold feathers. Males of this type of bird grow somewhat bigger than females, although only slightly. Otherwise, the two sexes of the bird are physically similar.

The female bird’s breast and upper part are yellow with grey streaks, whereas their stomach portions are white or light grey. These birds often have a black beak with a brown hue at the base. 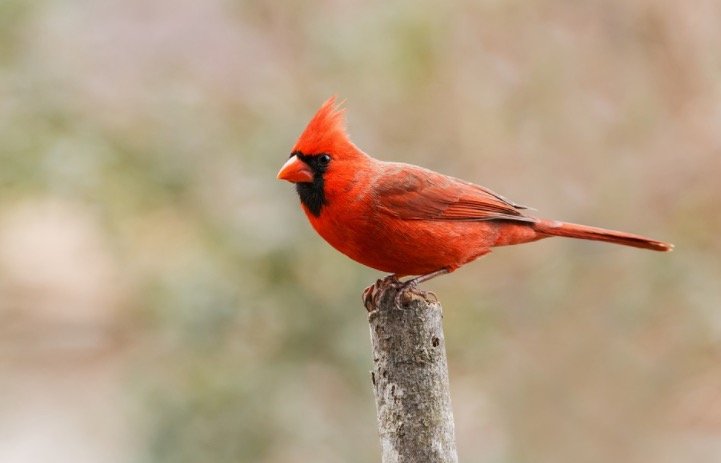 How do Illinois State Bird behave?

In the wild, these birds flourish in vegetation. Their habitat varies somewhat throughout Illinois. They dwell on the outskirts of woodland regions, wetlands, streamside thickets, and vegetation near suburban houses.

While the size of these birds changes depending on where they live, their life duration, breeding patterns, and dietary habits stay consistent. Cardinals have a lifespan of 13 to 15 years. These birds mate and create a nest with their spouse during this period.

The two birds communicate through singing. Much of the singing by cardinals that humans love is a pair staying in contact while separated. When a cardinal couple produces offspring, their eggs incubate for roughly 11 to 13 days.

Because the mother bird is unable to leave the nest while the eggs are incubating, the father bird goes foraging for food, which he brings home. He’s practically grocery shopping for two at this stage, but after the babies hatch, he brings enough food for the full family.

Because the young birds are unable to leave the nest right away, the mother bird remains with them to give care. The father bird continues to search, but the quantity of food he brings back to the nest rises.

When you hear “purty-purty-purty” or “cheer-cheer-cheer,” you’re listening to a mother and father cardinal communicating while apart as he searches for his brood. Baby birds need special care and protection since they do not hatch with complete feathers and so cannot fly.

If a predator approaches the nest, the mother must defend herself as well as all the young. During such a perilous moment, it’s understandable that the pair wants to stay in contact. Because the male bird hunts, the females are seldom seen in the yard.

When you see a red cardinal flying back and forth to the nest with food, he and his female companion have most likely had a large brood. 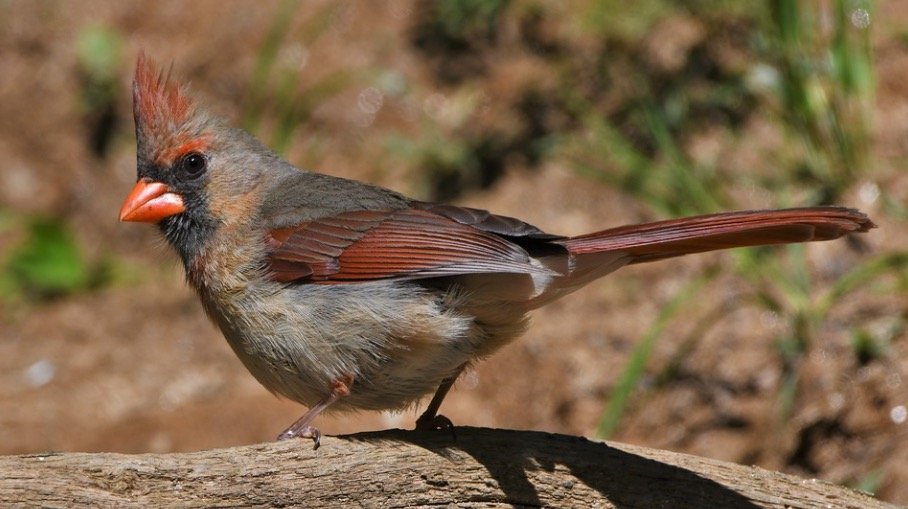 These cardinals live similarly as mockingbirds, in that they create a close-knit marriage and family that they jealously guard. To defend its home, the cardinal will battle to the death. If it detects a predator, it will battle for its territory, which often includes its family.

Never approach a cardinal’s nest, nor should you allow your children or pets to do so. You will be attacked by birds. They also compete for breeding territory. Other male cardinals will battle their own species if they invade an already established nesting area.

They may sometimes attack their own reflection in a window or mirrored glass. These birds can distinguish members of their own species, as well as animals and people. Despite possessing tiny brains, they are far from “bird-brained,” a term that means unintelligent.

They are, however, unaware that the glass reflects their image. The bird seems to attack the glass, believing it is another cardinal, but it is really battling itself. 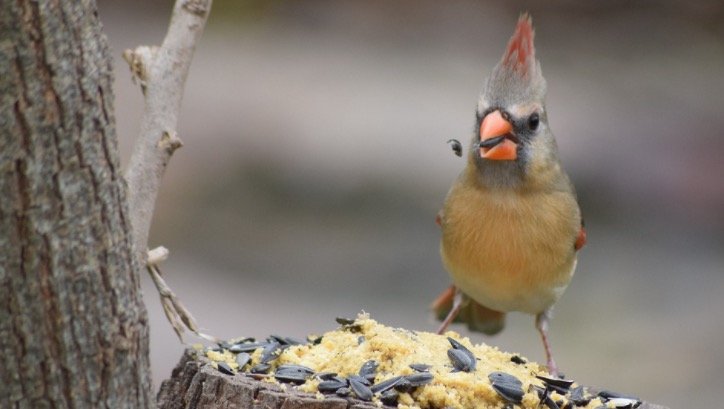 What do Northern Cardinals eat?

Northern Cardinals like eating and have the most diverse diet of any bird. You’d think Illinois cardinals would eat the same diet as Indiana cardinals, but they don’t. This species’ Illinois birds are granivorous.

They are mostly interested in eating seeds. Residents of Illinois will continue to consume insects, but they would much prefer to eat weed seeds, fruits, and grains. They like fruits, particularly berries and raisins.

You may aid them by filling a high-up bird feeder in your yard with fruits, grains, greens, and seeds. If you want to delight the cardinals in your yard, you may also provide seeds of safflower, peanut pieces, broken corn, and raw berries.