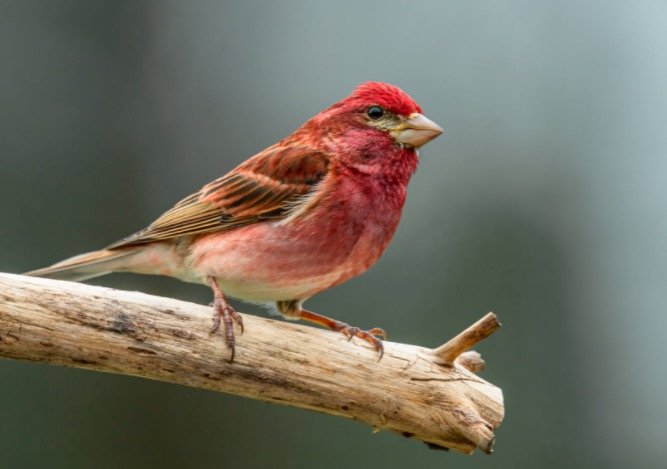 New Hampshire State Bird: All You Need To Know

New Hampshire is the fifth-smallest state by land area and the 41st most populous in the United States. The state has a diverse range of scenery, including lakes, mountains, coastal regions, and woods. This diversified terrain draws a plethora of animal and bird species. The White Tail Deer is New Hampshire’s official mammal, but what is the state bird?

The Purple Finch (Haemorhous purpureus) was named the state bird of New Hampshire in 1957. Males are a vibrant combination of reds and pinks, whilst females are brown and seem more like sparrows.

Except during the winter, purple finches may be seen throughout the state. It, like many migratory birds, goes south to avoid the severe winter temperatures and snow of northern states such as New Hampshire. 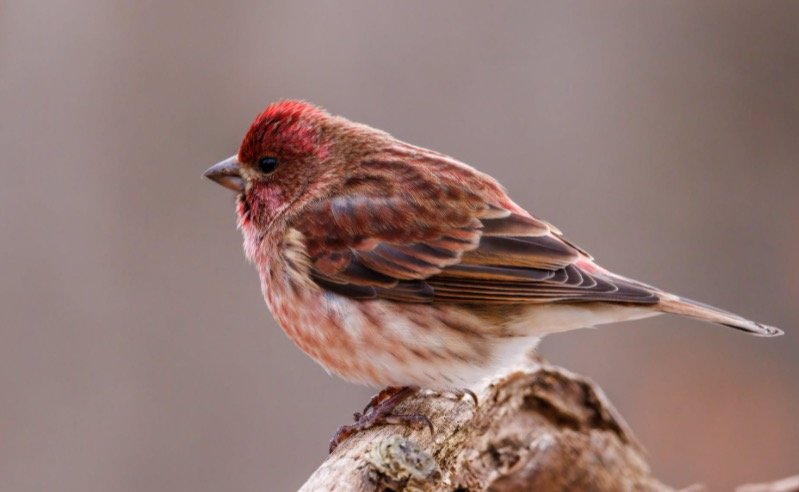 Why is the Purple Finch New Hampshire State Bird?

Because some politicians preferred the crow or blue jay, nature organizations that backed the finch battled in front of them. Those birds reside in the state all year.

On April 25, 1957, the state assembly of New Hampshire designated the Purple Finch as the State Bird. The bird prevailed in a legislative battle with the New Hampshire hen, which was also supported by a state politician.

The finch received more support, while the politician who preferred the hen had their bill pigeonholed. New Hampshire has no state bird in common with any other state.

People are perplexed by the moniker, since most of these finches are not purple. Their feathers are red and pink. The males of the species have a light pink with red head and breast, whilst the females have no red.

Their back feathers are brown, while their tummies are white. Some individuals of the species do develop purple feathers on their wings. Because of their colour variations, they are sometimes mistaken with house finches, which have yellow in their colour combinations. 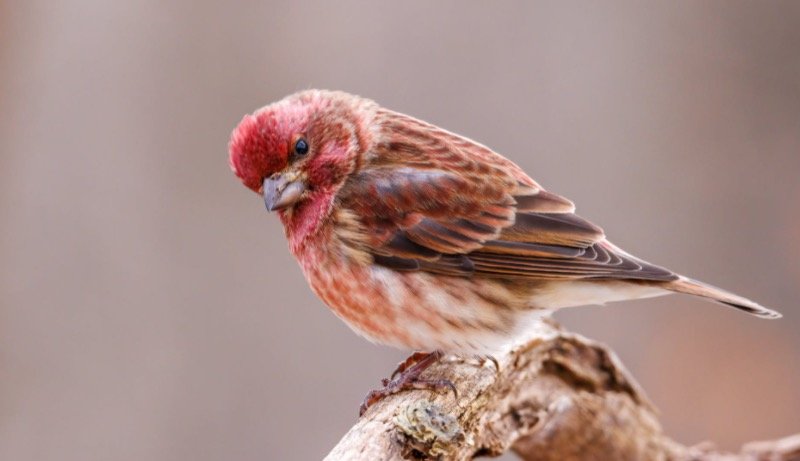 These birds become quite territorial during the mating season. They spend much of their time alone or with their breeding couple. The male of the species sings virtually continually until they marry in an effort to attract a partner. The call of a purple finch sounds like “pik” or “tek.”

The purple finch competes with the house finch for territory. Purple varieties thrive in orchards, evergreen woods, and park lands. Purple finches have been losing territory to house finches, so you’re more likely to spot one in the forest. They are no longer settling in towns.

During the winter, a purple finch only troubles other birds. During the coldest months, they congregate to optimize food finding and predator protection. When spring arrives, the purple finch returns to its lonely, territorial life, content to mate and raise a brood.

The purple finch forms pairs, constructs a nest, and then raises young. These birds’ males will go to tremendous efforts to attract suitable mates. During mating season, the male of the species performs for the female with whom he wishes to mate.

He performs a courtship dance that includes hopping, chest puffing, and tail cocking. While singing, this little bird can jump six to twelve inches.

When the female has had enough of the male flaunting himself, they become a pair. He delivers a gift of nest materials after she accepts his proposal. She will eventually choose the bulk of the materials, and the female, like many bird species, will build the nest.

She also selects the nesting location. Their nest has the shallow cup form that many bird nests have. The purple finch builds its nest from of rootlets, twigs, thread, and grass.

The female then seeks for soft materials to line the nest, such as rootlets, moss, animal fur, and horsehair. She usually prefers a fir tree as a nesting site. The couple copulates after building their house.

The female produces three to six light blue-green eggs with black markings. She incubates the eggs, while the male handles all food acquisition. He first digests it before regurgitating it for the female to devour.

During the 13-day incubation period, the male defends the nest and “shops” for food. He continues to feed her and the kids after they are born. They are unable to leave the nest for the first 14 days of their lives, so he forages and hunts to feed up to seven individuals in addition to himself.

Each season, these purple finches may have one or two broods. In the wild, members of the finch family survive for three to four years on average. 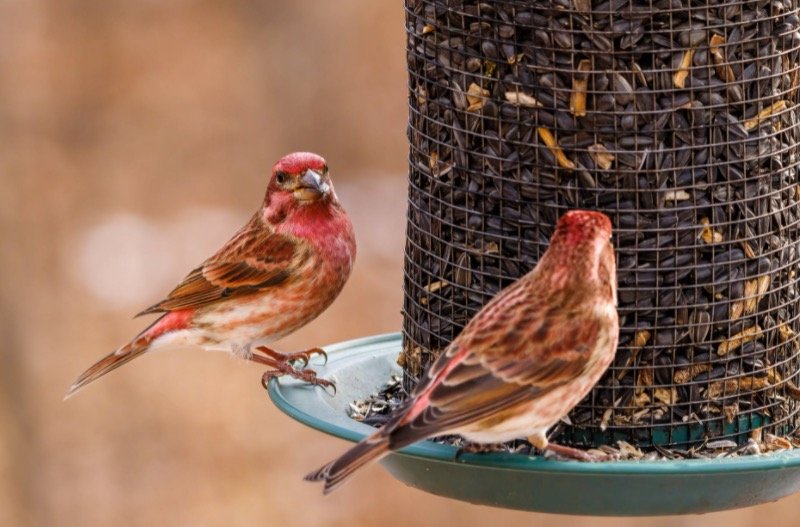 What do Purple Finches eat?

Purple finches love to eat their favourite foods. Black oil sunflower seeds, white millet, and thistle seeds are among the favorites. Put out a bird feeder with these things in its trays to attract them to your yard.

Only in the summer can these birds graze on the ground, when they feed on insects such as beetles and caterpillars. During the winter, they exclusively consume tree seeds, such as those from ash and elm trees. Weed and grass seeds are also favorites. The finches will also eat tree buds, as well as tiny fruits and berries.