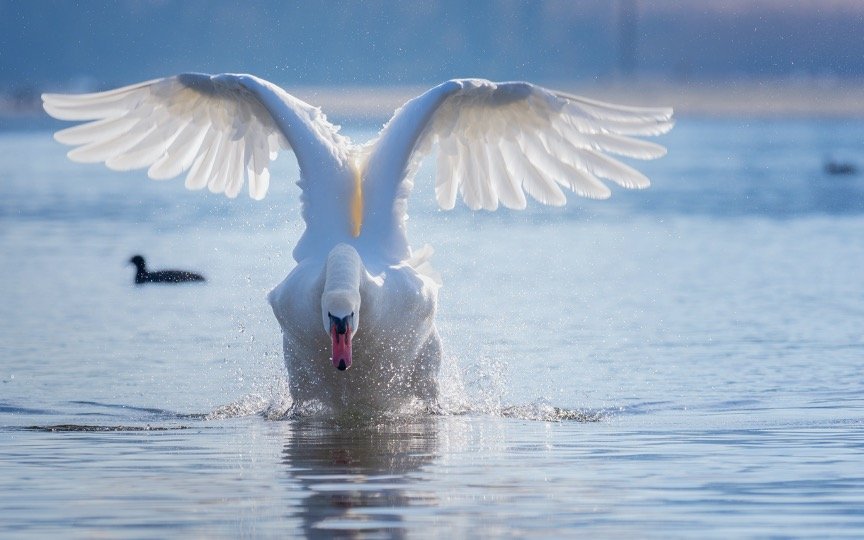 Swans are the largest extant members of the Anatidae family of waterfowl and one of the world’s largest and heaviest flying birds.

Swans may be found in many areas throughout the world when summers are mild to hot and rainfall is seasonal or distributed throughout the year. Some species migrate just partially, while others migrate entirely. 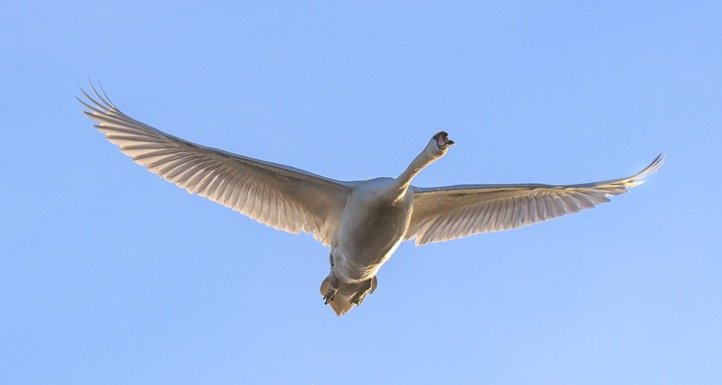 Some species will migrate great distances to find warmer temperatures or richer food supplies during their winter migration, depending on the species.

Swans are beautiful birds that glide through the water at a leisurely pace. Once airborne, however, they may be rapid fliers, with some species reaching speeds of up to 60 miles per hour.

How Far Can Swans Fly?

Some species, such as the Bewick’s and Whooper swans, travel thousands of kilometres each year to and from their nesting sites, while others may fly hundreds of miles in a single day.

Some species can fly for up to 2,000 kilometres before needing to refuel. They are looking for food, a better place to live, or a spouse. The Bewick’s swan is the most migratory of all the swan species.

They spend the winter mostly in the UK, following a 3,500-kilometer trek from Russia to the Asian tundra, stopping only to feed and rest. 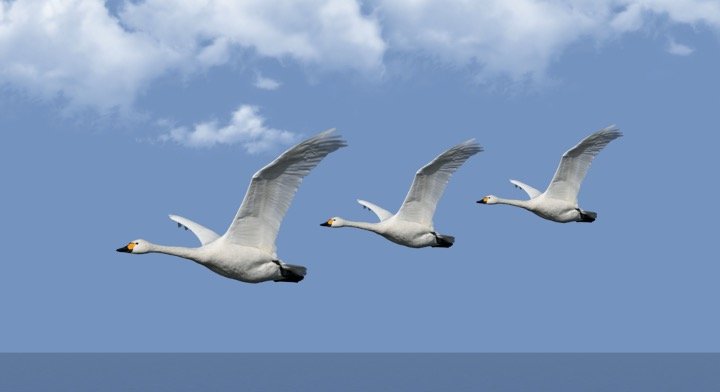 How Fast Can Swans Fly?

How High Can Swans Fly?

Most swans fly between 2,000 and 4,000 feet, depending on the species. During migration, however, certain birds will fly at considerably higher heights.

Do Swans Fly In Formation?

During migration, swans form flocks in either a diagonal line or a V shape. One bird becomes the lead, and it is their responsibility to guide the flock through the air. When one of the swans becomes weary of leading the flock, another one takes its position.

What Age Can Swans Fly At?

When their flying feathers and chest muscles are developed enough, young swans can take their first flight at the age of 12 weeks. They each attempt many flights until they are powerful enough, with each flight getting longer and longer.

Mute cygnets do not have the ability to fly until they are 120 to 150 days old.

How Far Do Swans Migrate?

The distance that swans migrate depends on the species, but some may go up to 4,000 miles in huge groups of up to 100 birds. Whooper swans make the world’s longest maritime migration, covering up to 870 miles (1,400 kilometres) between the United Kingdom, Ireland, and Iceland.

Do Swans Fly With Cygnets?

Adult swans will travel with the young birds to non-breeding regions to join other birds. Tundra swan cygnets take their first extended flight at four months old, escorted by their parents. They figure out migration routes, as well as where to eat and rest. 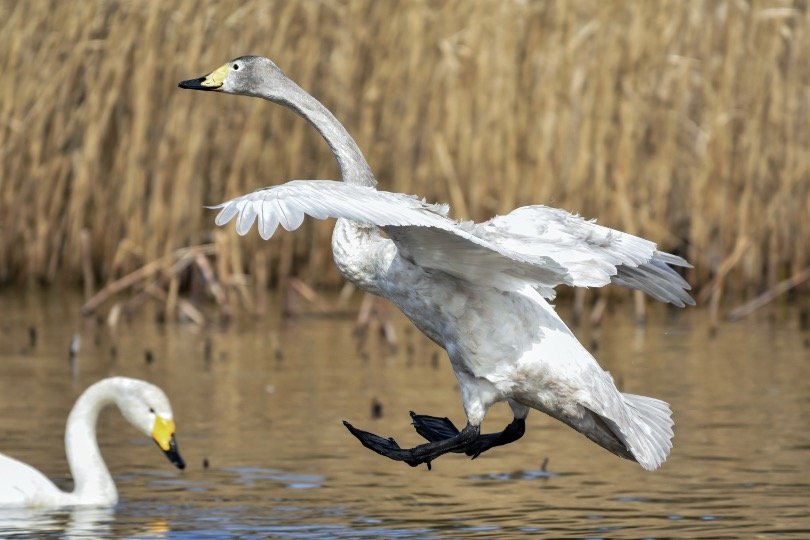 How Far Can Mute Swans Fly?

The Mute swan (Cygnus Olor) is one of the world’s largest and heaviest flying birds, endemic to most of Europe and Asia. The distance they move is determined on whether they are migratory or not.

Some may stay in their regular areas all year if there is enough food, while others will migrate short distances to establish winter flocks in adjacent lakes and rivers.

In the United Kingdom, for example, the majority of resident birds stay close to their birthplace (travelling less than 30 miles away). According to research, only about 3% of these birds migrate more than 60 kilometres from their birthplace.

Migratory species in Europe may move to North Africa, portions of India, and the Middle East to spend the winter.

How Far Can Whooper Swans Fly?

Whooper swans are migratory birds that may travel large distances. During their migration, they may fly nonstop from Scotland to Iceland, a distance of around 620 miles (1,000km).

How Far Can Black Swans Fly?

Because black swans (Cygnus atratus) are nomads rather than migratory, the precise distance they may travel is uncertain. In general, they fly at night and rest in open seas during the day in search of better wetlands and food sources.