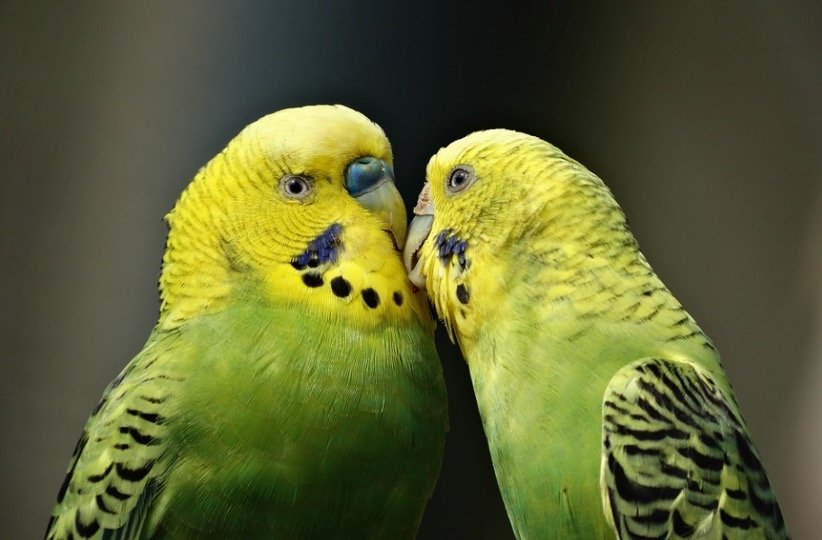 The budgerigar is a member of the family Psittacidae. The adult birds of this genus have green or yellow colored chests and back. Their feathers have black markings with varying patterns. The feathers cover their back and head.

The beaks of these birds have blue color while in females the beak is pink or purple colored. Trees are the natural habitats of budgerigar. They build their nests in depressions and knots of large plants.

The birds are highly social organisms that reside in loose colonies. Budgerigar can be seen in both northern and Southern territories. The lifespan of a budgerigar is around 15 years in the wild. 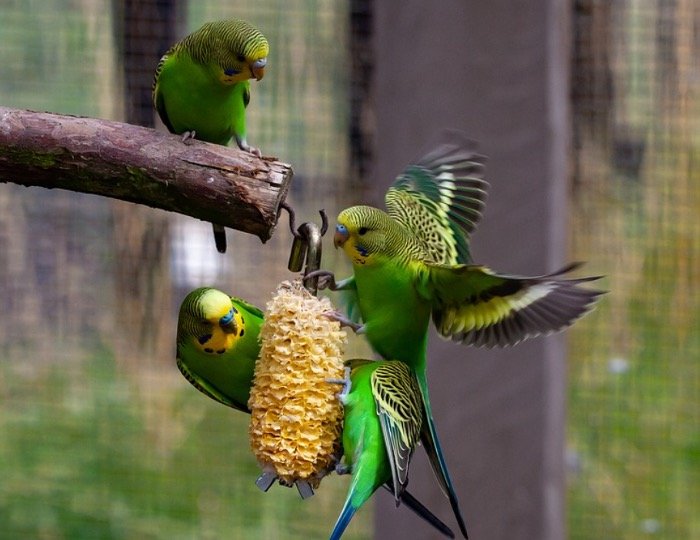 As the birds are highly social, they easily attach to their owners and thus they make a good pet. The birds can be easily tamed and they can also identify their owner easily even after changing their looks.

The way of talking of budgerigar with humans is very loving and a large vocabulary is developed by them to do this. Some members can speak even hundreds of words.

• Budgerigars are native to Australia but they are migratory birds and move throughout the country from north to south.

• The native dialect of Australian aborigines translated the word budgerigar as “good to eat”.

• The birds are very colorful. According to an estimation, the birds occur in over 1000 color combinations. However, green, blue, yellow are some common colors.

Budgerigar is native to Australia. The birds are migratory and keep moving from north to south throughout the country. They are very social organisms amongst themselves and also with human beings.

Thus, budgerigars are one of the most popular pets all over the world. Besides Australia, the birds are also found in North America, South America, Europe, and Africa.

They are very common pets thus they are found in most regions of the world. It is reported that the population of budgerigars is up to five million throughout the world at present. 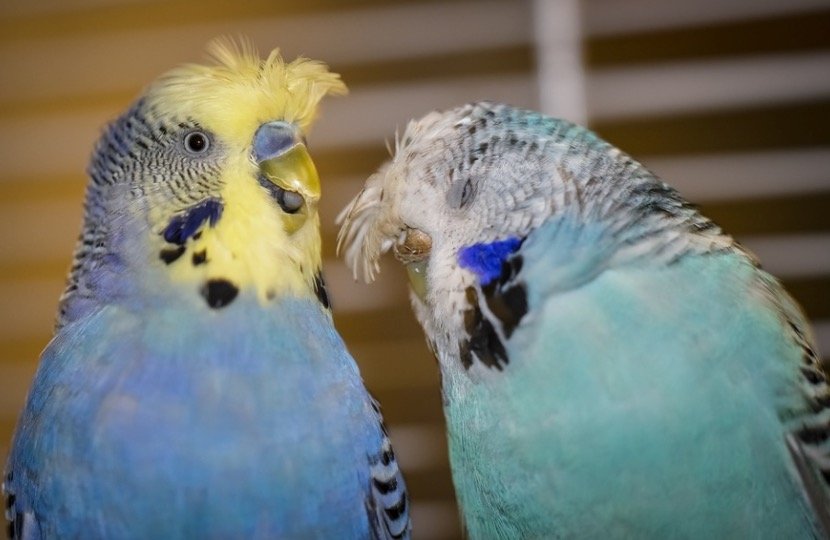 The scientific name of budgerigar is Melopsittacus undulates. The genus comprises only one species, which is commonly known as budgie or budgerigar.

Appearance and Size of Budgerigar

The color combinations can be almost a thousand in the budgerigar. For instance, yellow and green colors can be found most frequently in these birds. 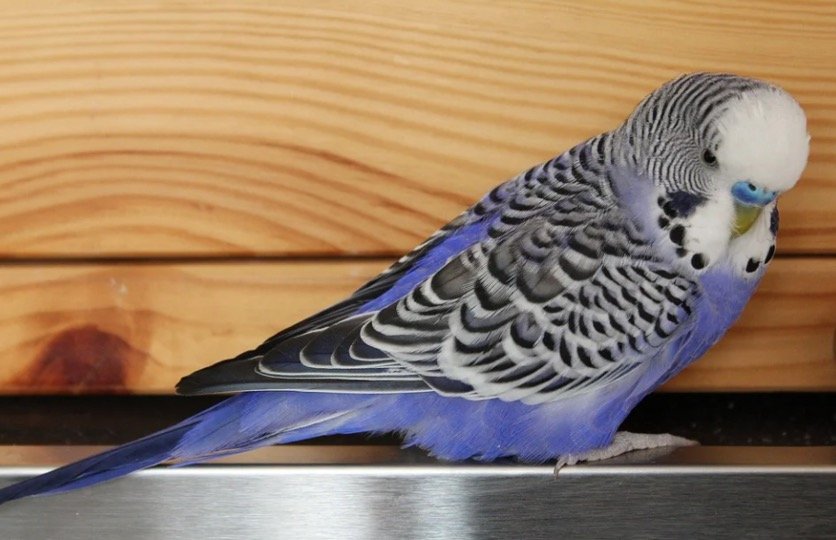 When we try to collect information about budgie and parakeets, people may say that both budgerigars and parakeets are the same. Budgerigars are affectionately also known as a budgie. However, the fact is true but the word parakeet is referred to the birds with small bodies and long tails and feathers.

Budgies are also a part of the parrot family but unlike some large members of this family such as cockatoos, lovebirds, they are very small species. It is estimated that around 400 species of parrots and parakeets are living on earth.

Budgerigars are one of the species that are native to Australia. It is called about these birds is they are distinguished based on where they are from and where they are currently living.

The budgerigars are known by their name in the areas of Australia, Europe, Africa, and other parts of the world. While the same species is known as parakeets in the US.

As discussed above, the budgerigars are very social. They form colonies of several hundred birds and prefer to live in colonies when they do not migrate. The birds pair up in wild. Interestingly, the birds mimic their owners and are also very playful. The way of talking of these birds with their human owners is also very loving.

Budgerigars prefer to build their nests in holes or other crevices in the trees. Generally, the trees with large and surfaces are preferred by these birds because they can lay eggs easily there.

However, in captivity or when they are domesticated they can easily live in flat boxes or floors. The box or floor should be filled with any soft material. A person can use shavings of clean wood or shredded paper for their pet budgerigar. 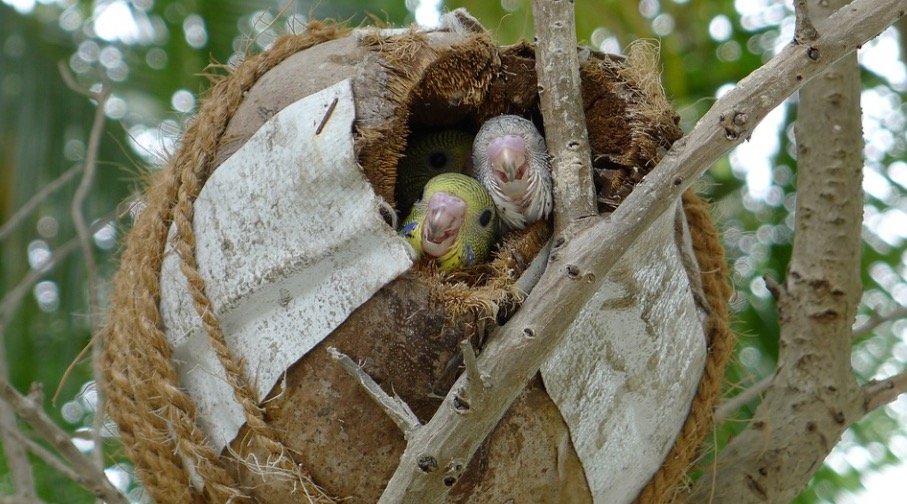 Most of the part of their diet is made up of grasses and seeds. They get nutrition from various seeds. To consume fruits and vegetables, the birds sometimes travel to the ground. Sometimes Budgies also eat berries and other fruits but they are not good for them and a budgerigar may become sick by consuming a lot of fruits.

Predators and Threats of Budgerigar

According to estimates, the population of budgerigars is still rising. They are very popular all over the world as a pet because they are very cheap and also very social with humans.

Another reason behind their uprising population is the birds are not much affected by habitat destruction and other related problems, unlike other organisms. However, the birds are at risk of predation by several predators such as falcons and hawks.

These large birds feed on budgies. Other rodent species and cats, rats also prey upon the eggs of budgerigar and sometimes kill the birds also.

Reproduction, Babies, and Lifespan of Budgerigar

The female budgerigar reaches sexual maturity at the age of around eight months. The offspring are raised by both the parents after pairing formate. Around four to six eggs are laid by the female budgie in a single clutch.

The incubation period is up to 20 days after which, the eggs hatch and chicks are born. All the eggs are hatched in a week or 10 days. At the time of birth, the chicks are blind and do not have feathers.

After their birth, their mother keeps them warm for 10 days or more until their eyes open. The birds start their growth after this and also develop feathers, however, it took almost four to five-week to fully develop after which the younglings leave their nest.

The fledglings start flying or learn to fly in six to eight weeks. Based on the number of chicks in a brood and the age of each chick, their age varies.

For example, when a chick does not have any other nestmate they often learn to fly sooner as compared to the birds born in large clutches. The birds also get benefit by getting the extra attention of their parents.

The life span of a budgerigar is around 15 years in the wild but they die at the age of 5 or ten years in captivity.

Budgerigar is listed as the ‘least concerned’ species in the IUCN list of threatened species. They do not have the risk of extinction of endangered because their rate of reproduction is very frequent in both wild and in captivity as a pet.

As a result, the worldwide population of budgerigar is around 5,000,000 birds, which is still growing. However, the birds are native to Australia, but now their population is distributed all over the world due to their popularity as a pet among human beings.

The birds form colonies that can be spotted in North America, South America, Europe, and Africa.