Why Do Birds Migrate? The Ultimate Guide

The four main reasons why birds migrate are discussed in this article. Migration necessitates a tremendous amount of energy and risk, which includes substantial predation risk and the dangers of harsh weather conditions en route.

So, why do so many bird species have an almost insatiable need to migrate to warmer climates at particular times of the year, even though those hazards alone would appear to put them at a disadvantage in terms of evolution?

In a nutshell, there are four causes, all of which are interconnected. And there’s a fifth option, which is less scientific but nonetheless fascinating.

The four widely acknowledged causes that play a part, in varying amounts depending on the species of bird, are food availability, climatic circumstances, effective rearing of young, and the duration of daylight hours.

For most breeds, food is the most significant of the four motivations. Consider the swallow, an insectivore that captures food in flight, diving low on warm evenings as the temperature drops, its great mobility enhancing a midge and gnat harvest while we marvel at its prowess. 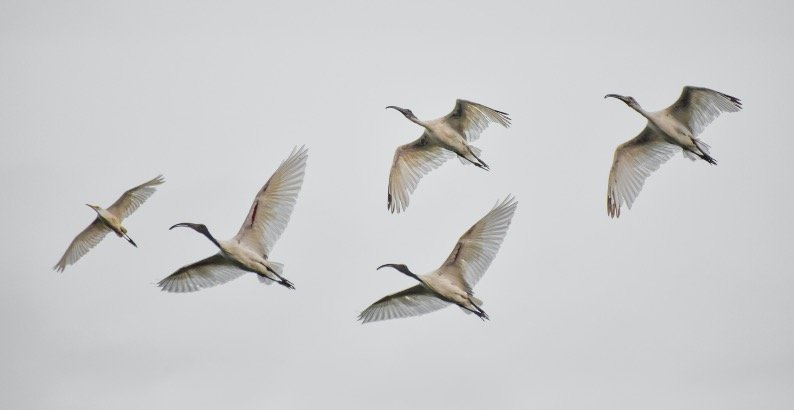 When you take that scenario and put it in the middle of winter, it’s apparent that the swallow has just two alternatives. Find another food source or relocate to a warmer environment in a different place.

The hirundinidae have few options since they are ill-suited to other types of nutrition. Many other migratory species, of course, face a similar issue.

The fundamental reason the swallow’s daily source of food decreased and finally vanished – the reason it couldn’t follow its usual dietary pattern in winter-is due to climatic conditions and temperature.

So why do we consider climate change to be a unique and distinct driver of migration from food scarcity?

For certain species, temperature is a motivation for migration in and of itself, particularly mountain and moorland types that migrate in smaller groups, typically depending on altitude, to avoid the cold. 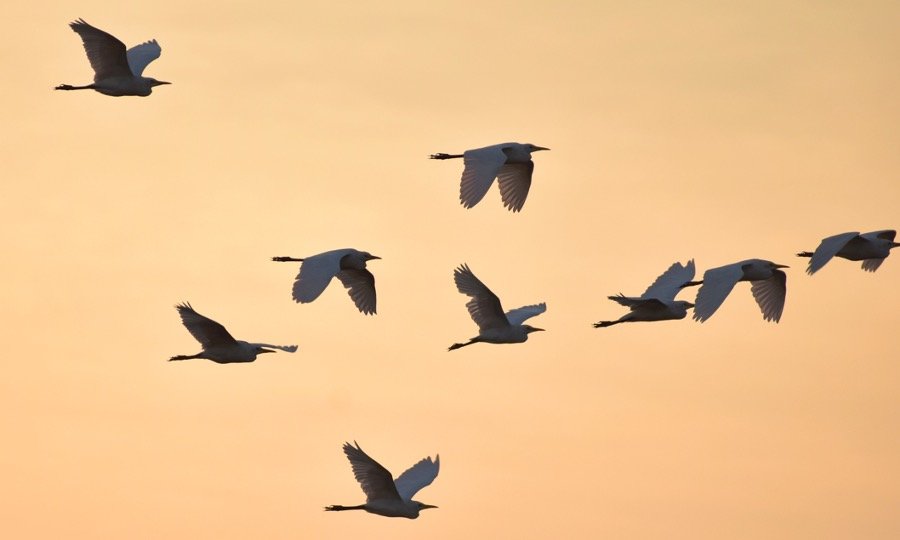 Furthermore, birds with polar nesting sites, such as the snow bunting, certain gulls, and the arctic tern (of which there are over 100 species), could not be expected to live there in the dead of winter.

Finally, many smaller species, such as the hummingbird, are thought to migrate for temperature reasons due to their low body weight and inability to store internal warmth.

This is referred to as thermoregulation. Small birds may be able to stay in their natural habitat if artificially fed, according to studies.

However, the data is unclear, and further study is needed on this issue. Although it is not a required reason for migration, maintaining body heat necessitates energy and hence calories, which may be sufficient motivation for some.

Finally, water fowl are unable to survive in areas where the water is frozen. As a result, we can observe that weather and food are both connected and yet distinct variables in species-dependent migration.

Before we can evaluate the case for breeding as a separate factor, we must first return to nutrition. To be true, with so many additional hungry mouths to feed, the demand for food sources rises, and many of those supplies would likely be too limited if all species stayed together, but there is another valuable resource that migrating birds in quest of — appropriate nesting locations. 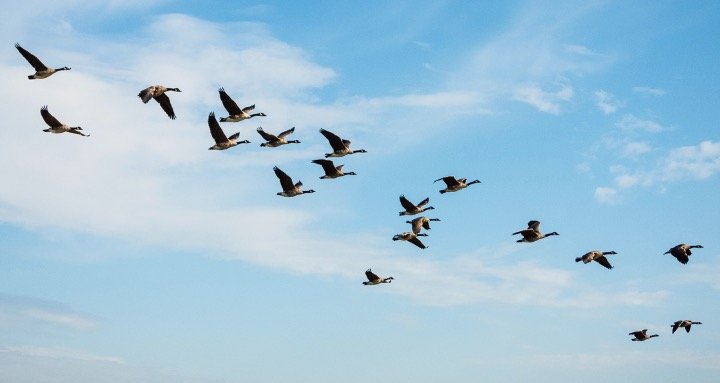 Adequate shelter is important, and for some, the safety in numbers that breeding colonies provide is important. Therefore, these locations are frequently revisited year after year.

Others, such as fish feeders like sea birds, divers, and some waders, live in places that are simply incompatible with the physical needs of nesting due to food.

Because the duration of the day changes less the closer you get to the equator, this factor applies to birds whose habitat before migration is in the northern and southernmost latitudes.

Contrast the benefits of high latitudes, where carnivorous birds may forage and hunt around the clock at certain periods of the year, with the constant twelve-hour days present there.

Herbivores and insectivores benefit from the abundance of plant life and accompanying insects in these circumstances. There may be midnight feeding — and midnight nest building — when the midnight sun shines.

Whatever a species needs to live and reproduce, the longer the day, the easier the task, and the opposite is true in the shorter light hours of winter.

Do birds eat ants? All you need to know

Why Do Birds Migrate? An Unproven Theory

Not all bird species migrate; in fact, only around half do. Climate change is also affecting modern migratory patterns, with the timing of departures appearing to be in flux as a result.

When we study earlier historical epochs when the earth’s climate altered, such as during ice ages, a new viewpoint emerges for us to contemplate. Birds are believed to have migrated closer to the equator as the poles became colder.

It’s equally probable that after the ice period subsided millennia later, some people moved further north or south. Many of the birds we know today may not have had any reason to visit the places where they currently spend part of the year and which we believe to be their native habitat.

We also know from skeletal remains that those forebears were established considerably earlier in history in what we now consider far-flung regions, and that they were evolutionary newcomers to the major human population centres.

Given that nature has many examples of natal philopatry, which is the phenomenon where adults eventually return to the place where they were born to reproduce, such as salmon, eels, turtles, and others, could it be that the swallow, osprey, goose, and sparrow are not leaving but returning – to their ancestral homes – until the climate changes sufficiently in the distant future for them to be able to stay there all year?

Is their existence in our neighbourhoods just an annoyance that will be forgotten once the next interglacial era comes, as it will inevitably?

More Reason Why Do Birds Migrate?

The interested reader could want to look into whether predators and the reduction of endemic illness due to dispersal play a role in bird migration, or look into the prevalence of migration in other creatures like insects and mammals, from butterflies to whales, and so on.