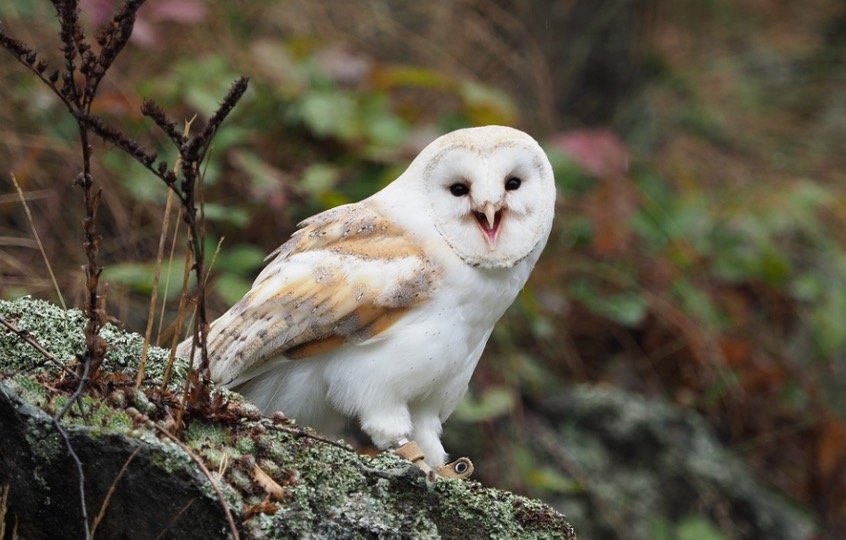 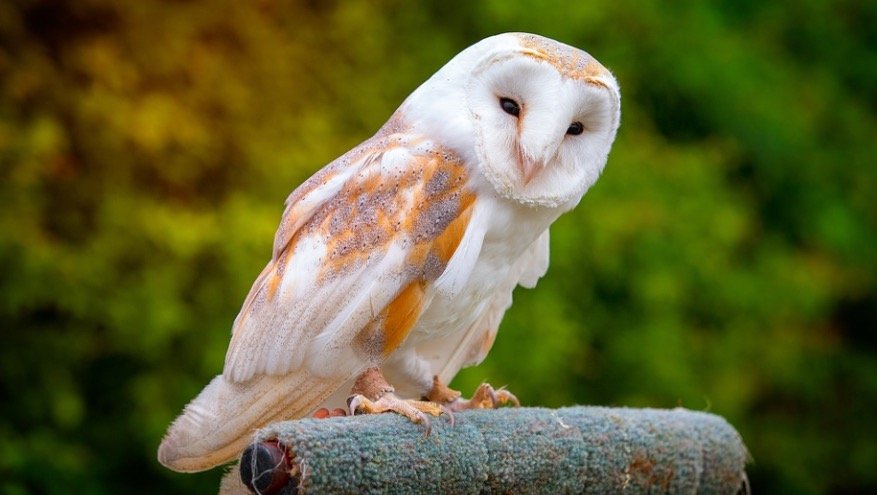 Barn owls are widespread birds even they are considered as most widely distributed birds in the world. The species belongs to the family Tytonidae. Barn owls feed on rats and mice primarily and thus they play a significant role in controlling the population of rodents.

In several cultures, the barn owls are considered indicators of death or also known as the symbol of the afterlife. 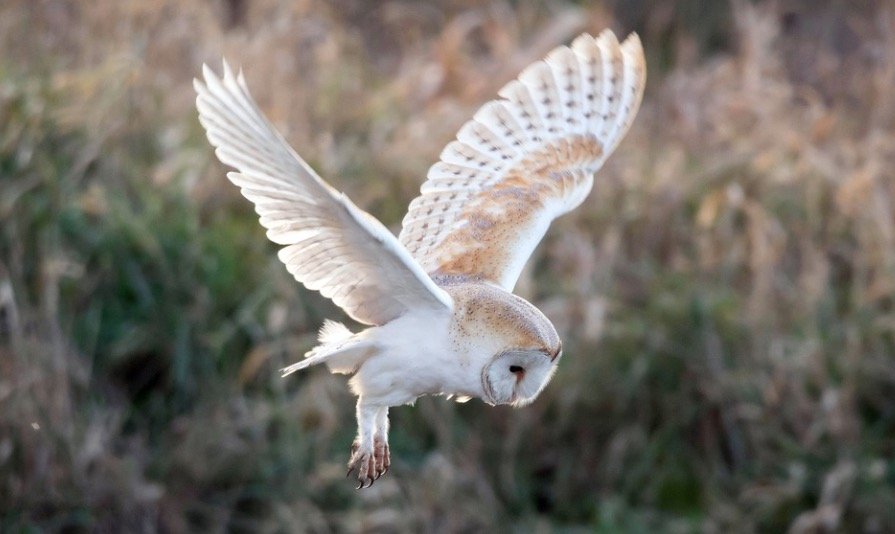 The owls reside in the graveyards in England. Thus they are presented as an omen of death. The food or prey is swallowed by barn owls first and then they bring up the undigested portions of the food as a pellet.

As compared to the male owls, the female owls are much heavier. They are 10% heavier than male ones and form monogamous pairs. The lifespan of the barn owl in captivity is around 20 years.

The barn owl is named Tyto alba, which means “white owl”. The word Tyto is derived from the Greek word that means owl.

The taxonomist Giovanni Antonio Scopoli named them Strix alba, which is their original name. But later, the wood owls, members of another owl family Strigidae is being represented by the genus name Strix.

The barn owl comprises a total of 25 subspecies, which may vary in size and color. The species are widely distributed all over the world. 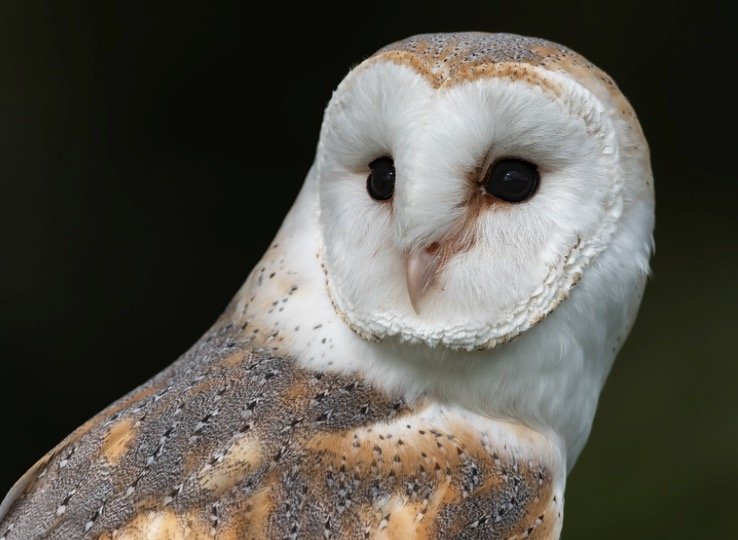 Appearance of the Barn Owl

The heart-shaped, bright white face of the barn owl is well known and also a distinctive feature of these animals. Unlike other owl species, the heads of these owls are smooth and lack ear tufts.

They contain large and dark eyes. Their brown and grey feathers surround their white, heart-shaped face, which also covers the backside of their wings and bodies. The barn owl contains rounded, short, and pale beneath wings.

Sometimes, spots also occur in their white breasts. The weight of a barn owl is around 400-600g, while the largest barn owl has a weight of around 700g or about 1.5 pounds.

However, the weight of males is relatively lighter than females. The length of barn owls is around 32 to 40 cm and their wingspan is about 100- 125 cm.

Barn owls prefer to hunt at night thus they are called nocturnal birds. Their facial disc helps them to reach the sound to their earholes where they can easily recognize the voice in a better way.

The barn owls swallow their prey whole and then after digesting most of the animals, they bring out the pellets. The regurgitated pellets may vary in size up to 1.5 inches. The pellets are used by scientists to learn various facts about the food of barn owls.

The barn owl has two eyes that are very sensitive as the human eye. They are well adapted to be nocturnal animals. Their large wingspans and sensitive eyes help them to hunt at night. The barn owls prefer to hunt in open fields.

Barn owls tend to sleep in deserted fields thus they are named “barn fields”. The tree cavities and other hollow places are also preferred by barn owls to live. 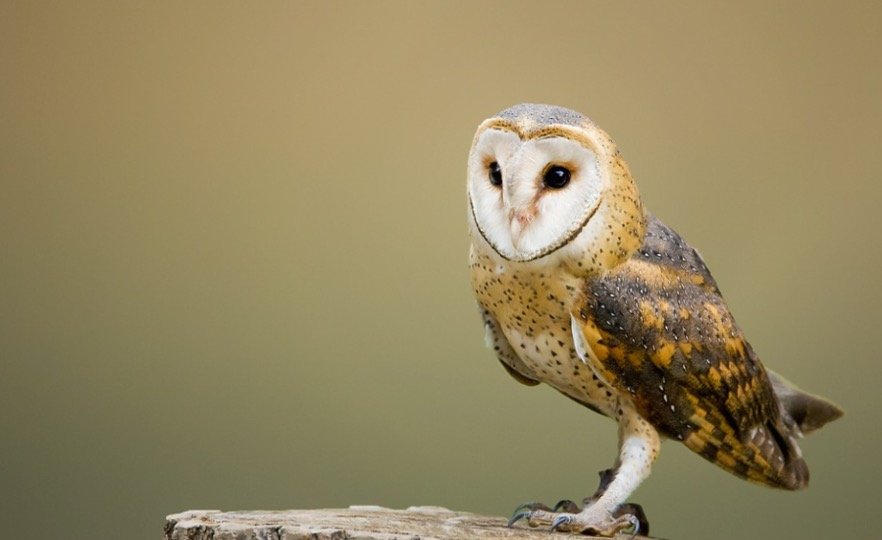 The barn owl species are distributed in all areas of the world in various habitats. The species made various adaptations to survive in the most possible environments thus they can easily live in deserts as well as lush farmland.

The owls prepare their nests in deserted lands and other abandoned buildings, thus can easily survive in cities, suburbs, and other places from where they can get closer contact with human beings.

The barn owls are predatory birds. They mostly prey upon rats and mice. Scientists have found by the dissecting pellets that they also consume frogs, smaller birds, and fish species.

Some owl species are also dependent on insect species for their diet. The barn owls are island-dwelling, small bird species. They sometimes live in food-scarce conditions but these species are well adapted for these harsh environments.

Predators and Threats of Barn Owl

The barn owls also have several predators that primarily prey upon the baby barn owls and eggs of barn owls. The predators also include the eagle owl and the great horned owl that consume their barn owl cousins.

When the males become ready to mate with a female, they select the option of mid-flight display. The “moth flight” is also included in this operation. It is a maneuver in which the male flies in front of the female.

Every year, the owls may contain more than 2 nests and they can breed all the year. They live in a particular area after mating once. Almost 75% of barn owls form mating pairs for life.

If they cannot produce enough young owls with their mate, they also get a divorce. They select trees found closer to large, open fields to lay their eggs. The reason behind this is maybe to enjoy hunting.

Around 2 to 12 eggs were laid at a time and the process may take over multiple days. Because of this, the eggs do not hatch at once. The female produces more eggs if the food availability is enough.

The incubation period is of around 30 days. The parental care of chicks is done by both the parents and at the age of 15 days, the chicks leave their nests.

Getting an accurate account of the population is very hard because the owls are distributed all over the world. According to a recent estimation, the population of the barn owl is anywhere between 4 million and 10 million in the world.

The IUCN’s red list of threatened species is listed barn owls as “least concerned” species. The biggest threat for these owls is habitat destruction. However, the population of barn owls remains stable.

To help and protect the barn owls, steps should be taken for conserving their habitat. Providing places to raise their young by providing nesting boxes is the biggest way to protect them.

Barn Owl in the Zoo

These owls are also living in many zoos across the United States. In Ohio, the Cincinnati Zoo hosts one of these owls in their wings of the world exhibit. In Indiana, the Cosley Zoo, in Pennsylvania the Pittsburgh zoo, and California, the San Francisco Zoo also include barn owl species.

Probably, these species can be easily found in zoos or nature centers around areas wherever we are living. All over the world, around 970 barn owls are captive and are living in zoos.

Most of them are carried to these zoos as a result of any rescue operation. The resident barn owls at the Belfast Zoo begin to live in their permanent homes after being rescued, Bubo-no-no, which is another barn owl found its forever home at the Honolulu Zoo.

The species is rescued by the Hawaiian Electric Company as a chick. The zoos are playing a vital role in rehabilitation and raising the barn owls that might not survive in the wild.