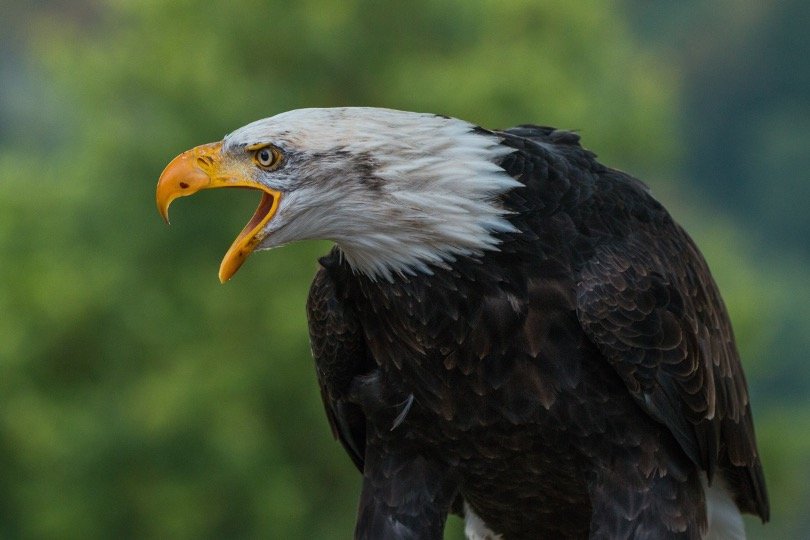 Eagles In The UK

Eagles in the United Kingdom were nearly extinct in the twentieth century, owing to unlawful slaughter and habitat changes brought on by expanding arable and cattle cultivation. 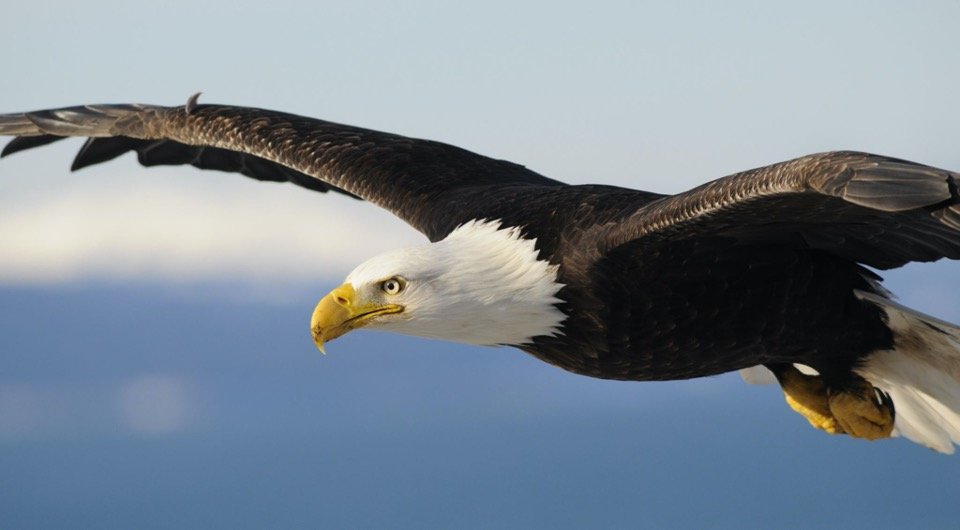 Today, eagle populations are rebounding, but what kinds of eagles can you see in the UK, and where can you view them?

What Eagles Can Be Found In The UK?

The Golden eagle and the White-Tailed eagle are the two types of eagles that live in the United Kingdom nowadays. Both birds are quite big and spectacular, with wingspans exceeding 2 metres in most cases.

The White-Tailed Eagle narrowly edges out the Golden Eagle in terms of sheer size, since it is the world’s fourth biggest eagle. 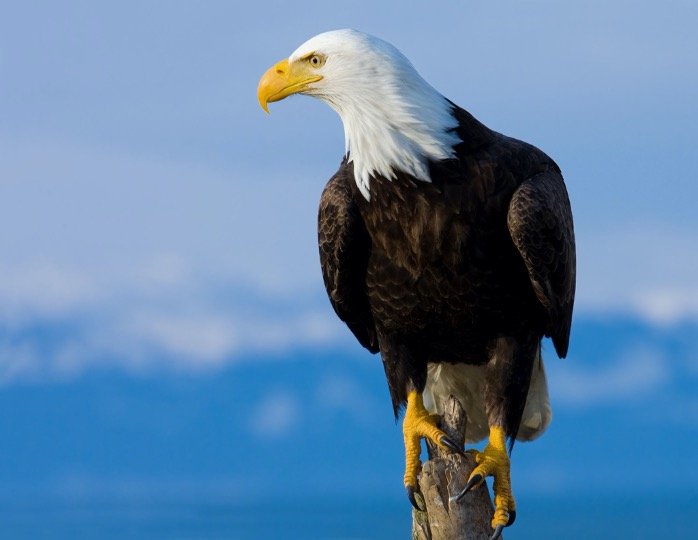 Eagles are still elusive in the United Kingdom, although sightings are becoming more regular not just in Scotland, north Wales, Northern Ireland, and the north of England, but even in the south.

This is owing in part to conservation initiatives like the South Coast Eagle Project, which aims to restore eagles across the United Kingdom. It may seem weird to imagine that these massive birds were formerly prevalent over most of the country, but if populations continue to increase at their current rates, this might change.

Continue reading to learn more fascinating facts about these enigmatic, strong, and alluring birds of prey.

It is 75 to 88 centimetres in length, weighs 2.8 to 6.6 kilogrammes, and has a wing span of 204 to 220 centimetres. The golden eagle is one of the most extensively spread eagle species. They own vast swaths of land ranging from 50 to 60 square miles. 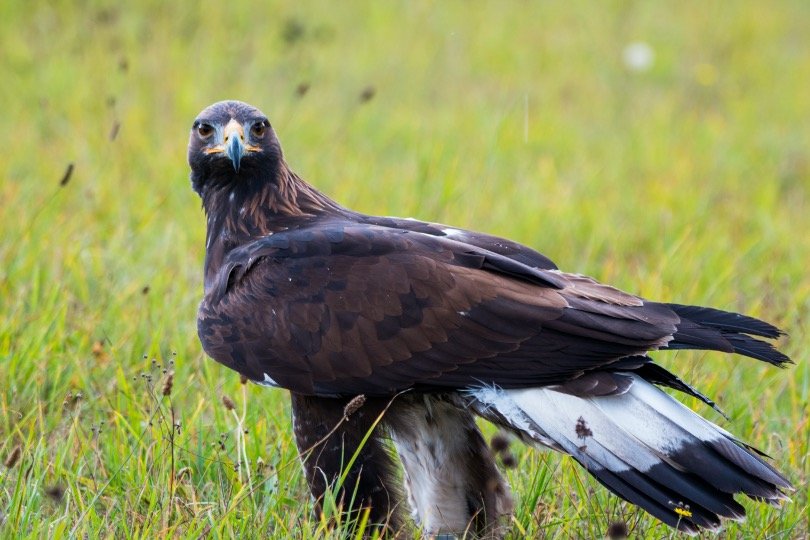 With huge, pointed talons, these strong birds are apex predators. Their eyesight is four to five times that of the human eye, and they can swoop down on their prey at speeds of up to 150 miles per hour. Golden eagles are monogamous and frequently mate for several years, if not their whole lives. 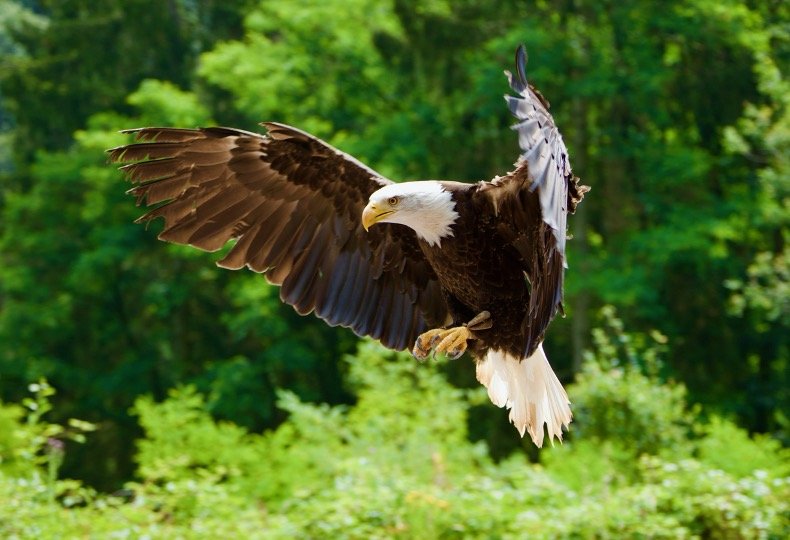 They have wider wings than golden eagles and a distinctive white tail plumage that distinguishes them.

White-tailed eagles are skilled predators who feed on both animals and fish, earning them the nickname “sea eagle.” Like golden eagles, white-tailed eagles have extensive, usually coastal territories, are monogamous, and mate for life.

Where Can You Find Eagles In The UK?

Eagles are mostly found in the Scottish Highlands and on the Scottish islands, especially the Inner and Outer Hebrides, although they are also becoming more prevalent in Northern Ireland.

Where Can You Find Golden Eagles In The UK?

In the 1960s, a couple of Golden eagles made a nest in the Lake District, although they are still an uncommon sight in England.

In Northern Ireland, reintroduction programmes have been successful, and there are proposals to restore golden eagles to Snowdonia in Wales. 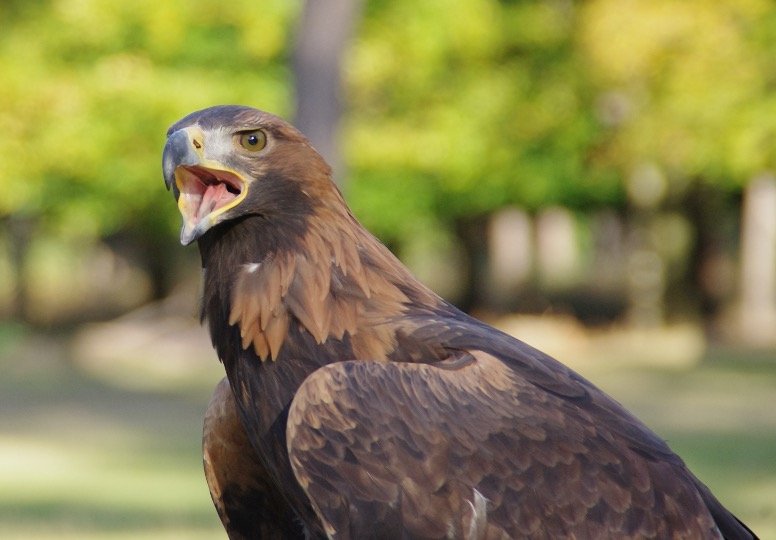 Where Can You Find White-Tailed Eagles In The UK?

Despite having fewer breeding pairs in the UK than golden eagles, white-tailed eagles are more extensively spread.

White-tailed eagles have been successfully restored on the Isle of Wight, and they are expected to be reintroduced in Norfolk as well. Because they fly longer distances than golden eagles to roost, they are becoming increasingly common over most of England.

The White-Tailed Eagle is becoming more prevalent along the southern English coast and on the Isle of Wight. Golden eagles have been sighted in the Lake District on rare occasions. In the north of England, golden eagle sightings are possible but uncommon. 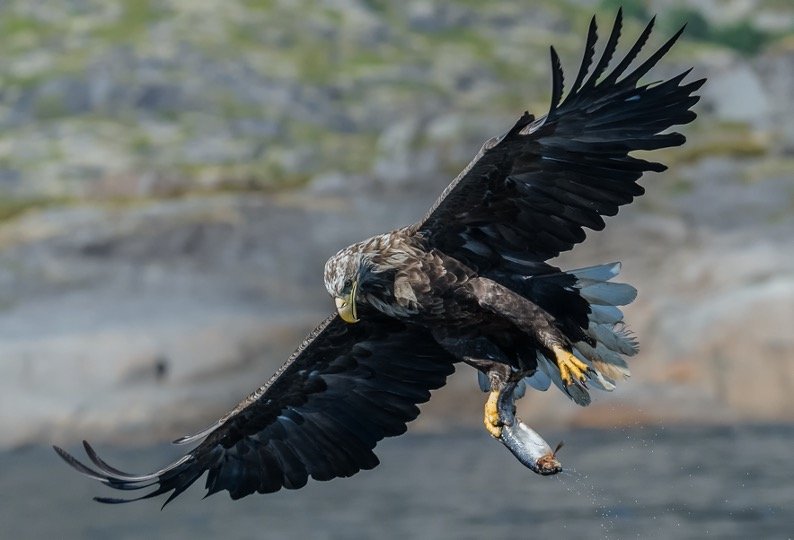 There have been sightings of golden eagles in north Wales, and there are plans to restore them to Snowdonia. There are no White-Tailed Eagles known to be breeding in Wales at the moment. 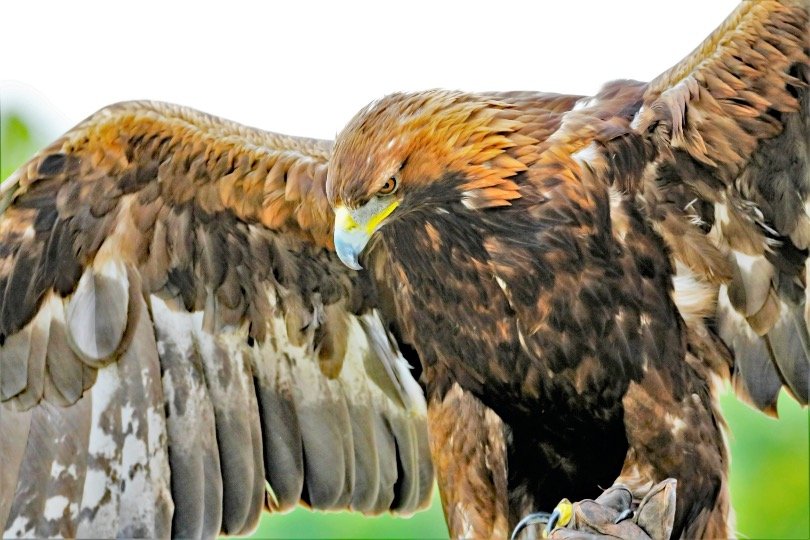 What Eagles Are Native To The UK?

The last White-Tailed Eagle bred in the United Kingdom was shot in Shetland in 1918. Golden eagles survived in Scotland in tiny numbers and have been actively safeguarded since then.

What Do Eagles Eat In The UK?

Carnivorous raptors, both Golden and White-Tailed eagles (birds of prey). Birds and animals, both alive and dead, are the major sources of food for the golden eagle.

Marine eagles are similar to white-tailed eagles in that they are superb sea hunters. Eagles can readily grab quick-moving animals like rabbits and even tiny deer because to their outstanding vision and swift swooping speed.

Even otters have been caught by White-Tailed Eagles. Rarely do eagles attack cattle. 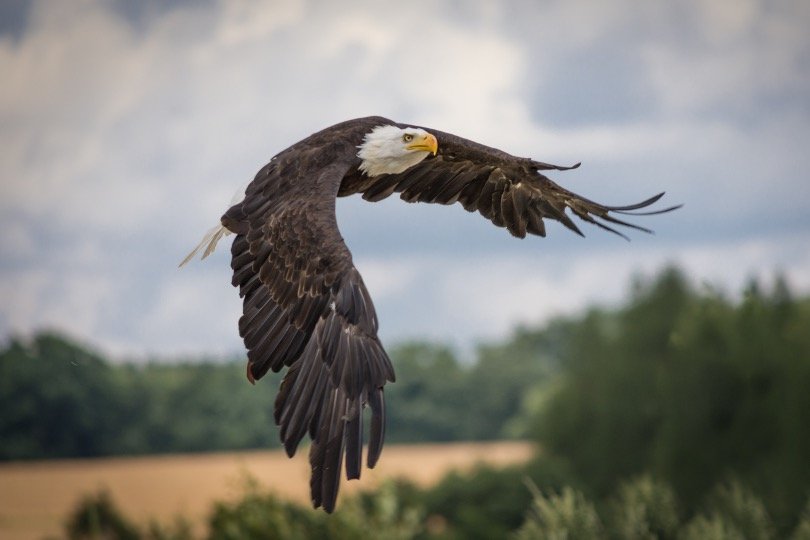 When Were Eagles Reintroduced To The UK?

White-tailed eagles were originally reintroduced in 1975 on the Isle of Rum in Scotland, and then again between 1993 and 1998 in Wester Ross in the Scottish Highlands.

On the Isle of Wight, six juvenile breeding pairs were released in 2019. In Norfolk, there are plans to release White-Tailed Eagles.

Are There Bald Eagles In The UK?

The bald eagle is frequently mistaken with the White-Tailed eagle, although neither species presently resides in the UK, and no sightings have been reported. Eagles seldom move too far from their roosting grounds.