Do Starlings Migrate? All You Need To Know 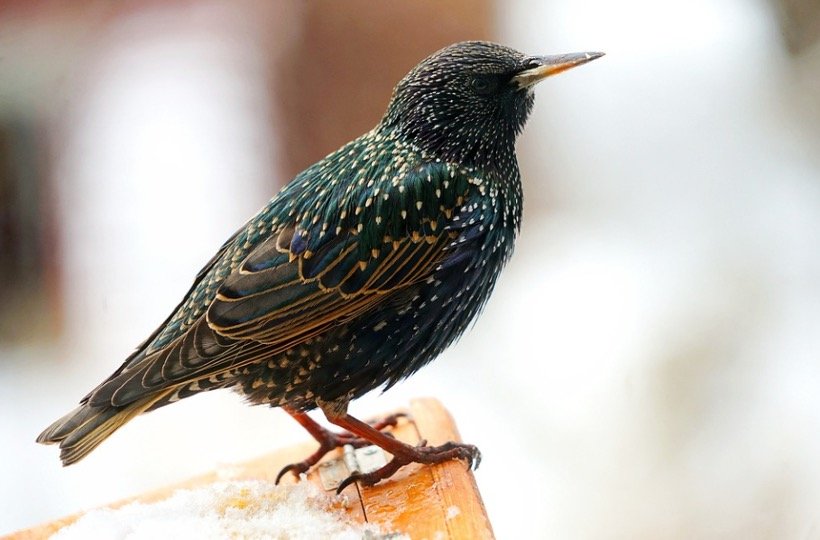 Sturnidae, the starling family, is one of the most varied and widely spread bird groups on the globe, with 35 genera and 123 species. Starlings may be found all throughout Europe, Africa, and Asia, from India and Mongolia to Polynesia, Melanesia, and Micronesia in the Pacific.

Although starlings are widespread and diversified, do they migrate?

With so many kinds of starlings to pick from, this might be a tricky question.

Baby Starlings – All You Need To Know 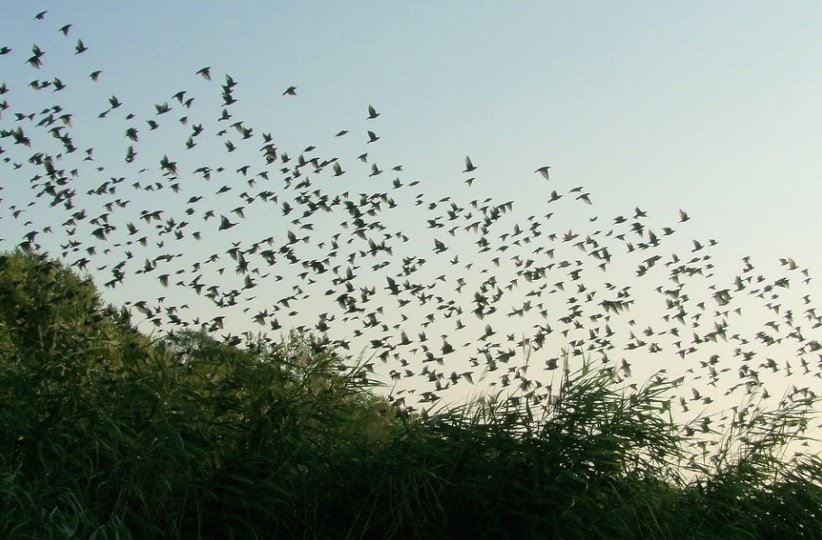 As far north as the Arctic Circle in summer, starlings like the Regular starling, a common sight in the UK, prefer to migrate to Central Europe, the Middle East, the Mediterranean, and Africa in the winter.

Rosy starlings are one of the most migratory starlings in the world. Many starlings, on the other hand, make no attempt to migrate. There are no migration patterns for starlings that are located closer to the equator.

The sheer variety of the starlings as a family is a surprise to many. While some starling species are very successful and extensively dispersed, such as the Common or European starling, others are well adapted to their specific surroundings and live only in relatively small numbers, making them exceedingly rare.

Learn more about the migration patterns of starlings by reading on.

When do Starlings Migrate?

Migrating starlings usually begin their journey in the latter half of the summer, around late August or September. Since starlings migrate from colder regions of Europe to the UK in the fall, starling murmurations occur around this time of year.

It is possible that some starlings will continue to travel south, maybe to the Middle East, Iberia, and North Africa, where they may settle. While some starling populations move from the UK to warmer climes, others remain in the UK year-round.

It’s not understood why certain populations migrate while others don’t. Starlings, on the other hand, are more likely to return to the same roosting place each year, which is why the UK is home to a number of notable starling roosting sites, such as Shapwick Heath in Somerset. 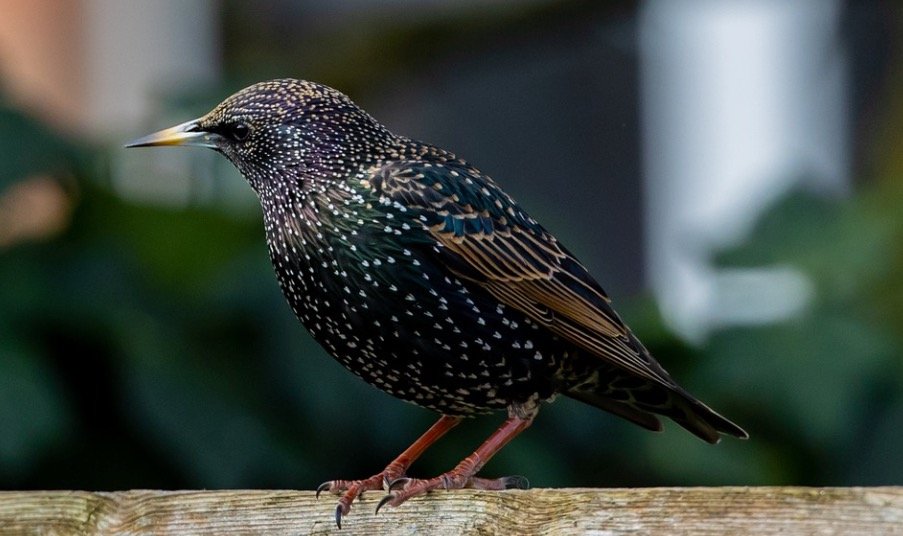 Where do Starlings Migrate?

Typically, European or Common starlings move from their northern breeding areas to the UK, Central Europe, the Mediterranean, the Middle East, Iberia, and North Africa, where they will breed and reproduce.

Common starlings may winter as far north as the United Kingdom, so it’s more likely that this is a question of where they choose to stop than where they have to stop. Starlings in the United States and Canada follow a similar pattern when it comes to winter migration, but they don’t necessarily go far.

Other starling species found farther south do not migrate at all, if at all. During the winter months, only the most northern species of starlings must make the long journey south.

How Far do Starlings Migrate?

From Russia and Scandinavia to Iberia, North Africa, the Middle East, and the Mediterranean, starlings may migrate. However, the vast majority of starlings only travel a small distance while migrating. Thus, numerous European starlings, also known as Common starlings, which are native to Northern Europe migrate to the United Kingdom. 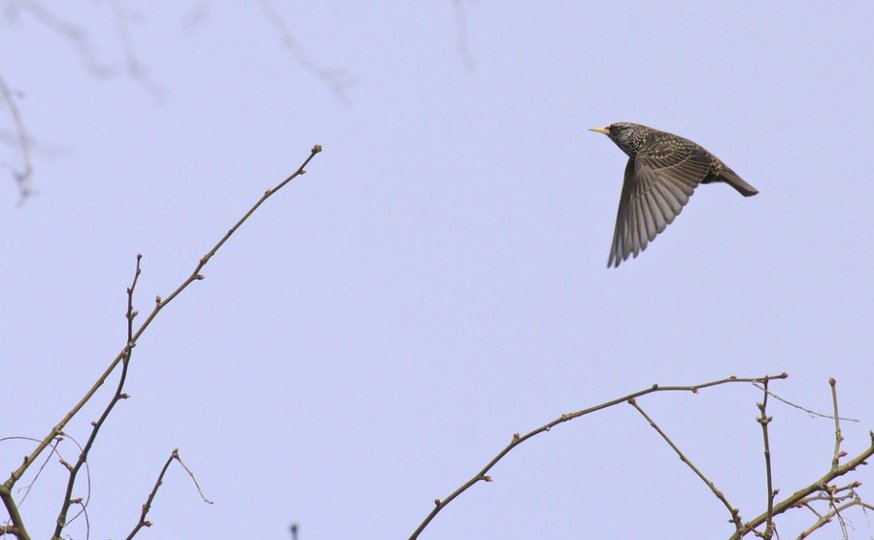 Do All Starlings Migrate?

The location of a starling and the species to which it belongs greatly influence whether it migrates. During the winter, starlings prefer temperatures at or close to zero degrees Fahrenheit, which is why they cram into their roosts in the UK so tightly.

In their host nations, most starlings stay permanently stationary and non-migratory. It is possible for certain species to reproduce up to the Arctic Circle, but this is not the case for the European or Common starling. UK winter starling numbers are large because migratory starlings may winter as far north as the UK.

Many of them proceed southwards into Africa and the Middle East. Many common starlings may be found in the United Kingdom, where they nest and spend the winter months. Others, like the Rosy starling, are rising in the UK over the summer.

During the winter, rosy starlings may be found in South Asia, where they overwinter as part of their extensive migration. However, the great majority of the 123 species of starlings are stationary and do not migrate. In North America, common starlings migrate only as far south as necessary to keep warm during the winter.

Where do Starling Migrate in Winter?

During the winter, starlings return to their roosts. In cold weather, birds congregate in large flocks at roosts, where they may keep warm by huddling together to save energy. Common starling roosts have been reported to house tens of thousands of birds due to their communal roosting habits.

One cubic metre of birds may hold up to 500 of them! You’re more likely to encounter starling murmurations in the UK during the winter months. Typically, they begin in October and last until March at the earliest.

These include thick woodlands, reed beds, and man-made buildings, such as the destroyed West Pier in Brighton.

Do Starlings Migrate From UK?

There are many common starlings in the United Kingdom that are year-round residents. Some, on the other hand, are new arrivals, having come to the UK from places like Scandinavia or Russia.

Starlings from the northeastern part of Europe tend to migrate farther south, potentially all the way to the Mediterranean or North Africa, although this is not universally accepted.

There are less than 1% of people who leave the United Kingdom. Common starlings seldom migrate, and when they do, it is usually just a partial migration.

Do Starlings Migrate From Canada?

Do Starlings Migrate to Africa?

Most of Africa’s starling species are indigenous, however certain populations of Common or European and small numbers of Rosy starlings winter there.