What is the State Bird of New Mexico? Description, Pictures, & Fun Facts 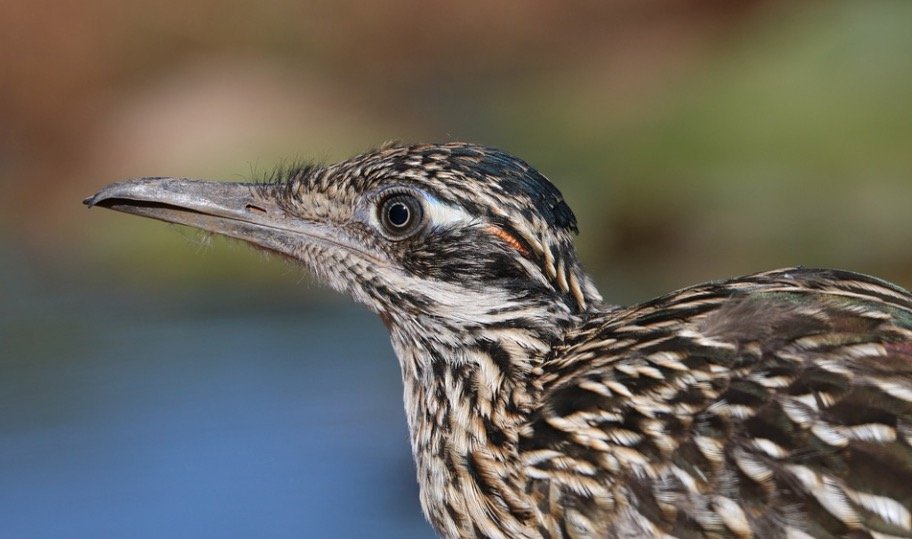 What is the State Bird of New Mexico?

New Mexico is the fifth-largest state in terms of land and the 36th-largest in terms of population in the US. When it comes to the diversity of landscapes in the United States, New Mexico ranks high in terms of variety.

The state consists of a variety of landscapes, including mountains, meadows, and forests.

When you think of New Mexico, what comes to mind first?

The Greater Roadrunner (Geococcyx californianus) was chosen as the state bird of New Mexico in 1949. In the eyes of Native American cultures, the X-shaped imprint of the cherished bird became a holy sign to fend off bad spirits.

Why is the Roadrunner the State Bird for New Mexico?

An avian that can sprint on foot at a maximum speed of 20 miles per hour is admired by the indigenous inhabitants of New Mexico. These four American states have large concentrations of this bird year-round: New Mexico; Arizona; California; Oklahoma; Texas. 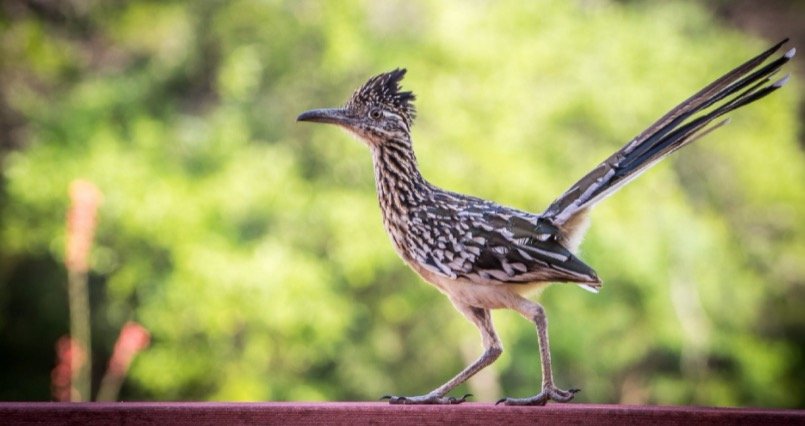 When did the Roadrunner become the state bird for New Mexico?

On March 16, 1949, the New Mexico legislature voted to make the Roadrunner the state bird. The state bird of New Mexico is unique in that it is not shared by any other state.

What does the state bird of New Mexico look like?

When driving through New Mexico, you can’t help but notice the Roadrunner. The coyote is a natural predator for this huge, black-brown bird with white streaked feathers that utilizes its long, muscular legs to flee. In that regard, the cartoon is correct.

The creature’s head is adorned with a large bill and a head crest that can’t be missed. There are three white-tipped outer tail feathers at the end of its long, wide tail, which protrudes from its body.

Olive to a dark greyish brown may be seen in the rear feathers of this bird. These huge birds are heavier than the average bird, weighing anything from half to 15 ounces. They may reach a height of 22–24 inches. Between 17 and 24 inches, they have a wingspan of this size. 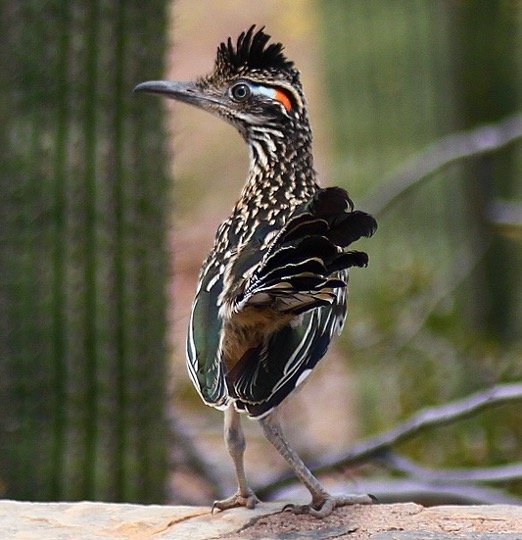 In what way do they act?

There are many other names for this bird, including Chaparral Bird and El Corrrecaminos. It is the bigger species of ground cuckoo and is most often seen in grasslands, brushlands, and even deserts.

When they’re hunting, they like to perch on low branches and keep an eye out for their prey. For most of its life, the Greater Roadrunner dwells below 7,000 feet in elevation. A poor flyer, but one that sprints hard. To catch prey or enter its nest, you’ll only watch it take flight.

Nests are common, but not likely to be seen by the average person. Because they value their own space, they build their nests in places that are difficult to find. There are a few species of birds that like to nest on tiny trees and other thorny plants.

The twigs of the tree are used to build their nests, which are located in the tree’s core. During the winter months, you may get a glimpse of these clever birds as they lounge about on the sand. They seek refuge in the desert heat when it drops below 68 degrees Fahrenheit.

They take cover in thick foliage or inside rock formations or clusters during windy days. Not only that, but they are protected from the wind by these natural wind blockers.

The roadrunner has been used to New Mexico’s higher temperatures, which may reach 120F during the summer months. This bird can outrun you if you attempt to join it in a jog.

Usain Bolt, the king of the 100-meter sprint, has been recorded at a speed of 27.33 miles per hour by Belgian scientists. In terms of speed, he is the only person capable of keeping up with this bird. 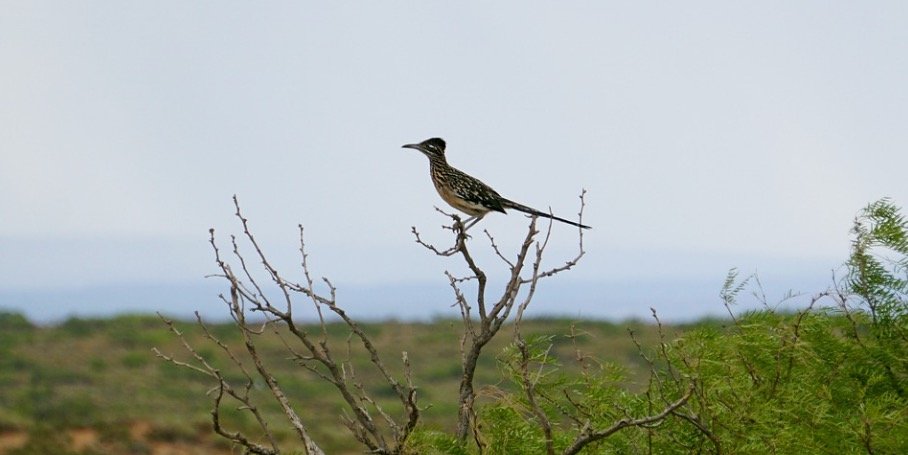 When you do see a bunch of Roadrunners together, you may hear the phrase “marathon” or “race” used to describe them. As a general rule, they like to be alone, and when they do, they do it in pairs.

They mate for life because they are deeply attached to and committed to their partners. Even incubating the eggs, the male and female of this species work together in all area of their lives.

Each nesting season, the female usually lays four eggs. However, their clutches may be as large as 10. You may attract roadrunners to your yard by putting out food. Planting enough open, grassy areas of natural plants can entice these lovely birds to your yard, where they may forage for prey.

In addition, you’ll want to sprinkle some vegetation around the area to provide cover from predators. Native species attract their own predators, thus you need the latter. You also attract their prey, so you’ll see a lot of insects, reptiles, birds, and small animals. In the future, it may look like a petting zoo.

Birds will often avoid your yard if it has a lot of huge trees in it or surrounding it, regardless of what you plant. They avoid sprinting straightaways in thick woods and woodlands. The Roadrunner selects places that allow it to flee from predators, like as coyotes, fast and efficiently. 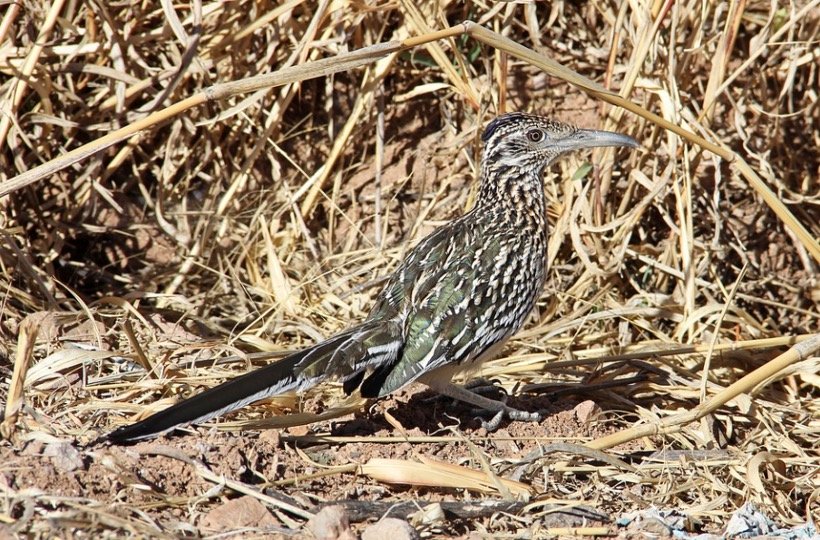 What do Roadrunners consume?

Insects, rodents, reptiles, and small mammals are the primary food sources for greater roadrunners. This bird will consume just about everything due to its severe living conditions.

Also, keep an eye out for other hummingbirds, tiny quail, and sparrows leaping straight up to collect insects. To grab prey they stroll quickly and then sprint as avians do. Because of this, you can’t use a feeder to attract birds to your yard. Instead, provide a place where they can eat.

They must get their water from their food, since they live in a desert with few water resources. In order to stay hydrated, the bird focuses on consuming animals that are rich in water.