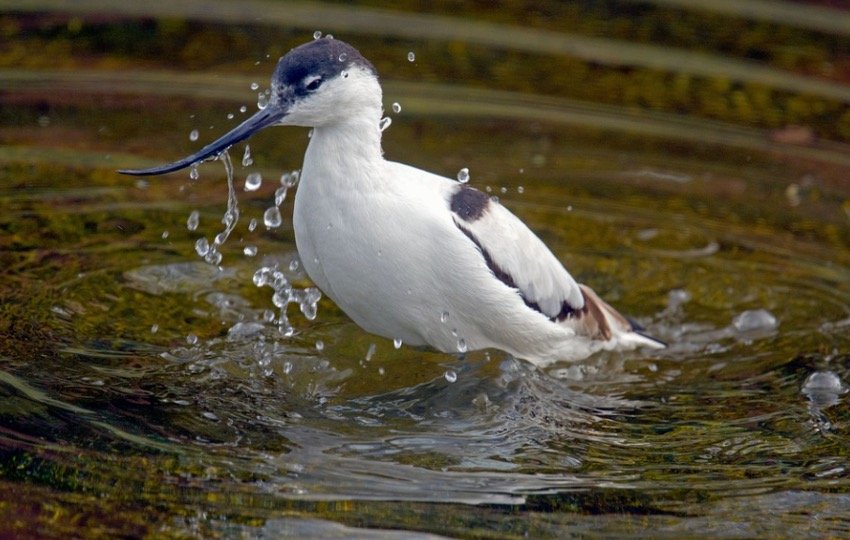 Avocet is a bird species belonging to the family Recurvirostridae. The species occur in saltwater and freshwater bodies all over the world. They have long sinewy eyes that give them the appearance like they are walking on stilts.

10 Proven Tips On How To Attract Woodpeckers To Your Yard

The common name of the bird, avocet is derived from the Italian name avosetta. The other birds living near the water bodies and also feed on there are closely related to the avocet. 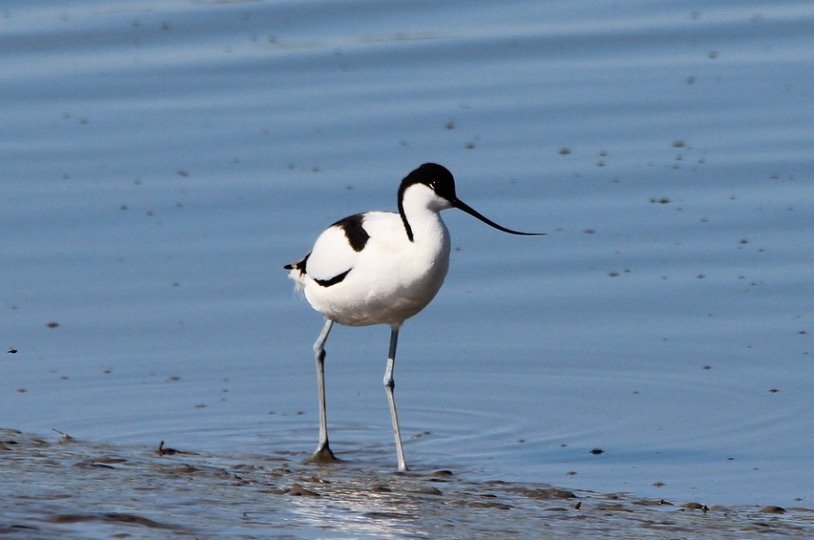 Fun Facts About the Avocet!

However, they are found in both types of water bodies but if an option is provided, the avocet prefer the saltwater habitats, but they are well adapted for freshwater bodies also. A charitable organization in England and Wales has a drawing of a pied avocet, which represents the royal society for the protection of birds.

The major difference between them is Stilt has red or orange-colored tall legs but the avocet have comparatively short legs with grey or black color.

The avocet is widely distributed among the seashores, flats, lakes, and ponds all over the world. There are four species in the genus, which are distributed in their geographical range.

For instance, the American avocet is found in Mexico and it is endemic to the Western United States, Mexico, and parts of the Atlantic coast. Pacific South America is endemic for the Andean avocet.

The pied avocet is widely distributed in the range of Europe, Africa, and Central, South Asia, while the red-necked avocet occurs in Australia.

The nests are usually made of the basic soil, pebbles, and other debris. They can make their nests in a foot-tall mound if the water level rises.

The Scientific Name of Avocet

Besides avocet, the long-legged stilts are also members of the family Recurvirostridae and are closely related.

They use their long legs for wading into the water that is also well adapted for this. The long- bill of avocet helps them in feeding and acts as a suitable instrument.

They contain black, white, red, and brown combined feathers. The avocets are also good swimmers and use their webbed feet for swimming.

The long, slender bill of avocet contains an upturned tip at the end, which is the most distinguishing feature of these birds. The avocet paddle into the shallow water to feed.

They lean forward and their slightly open tip of the bill is placed on the bottom to feed. They perform a long, continuous curve from side to side and stir up small prey that is hidden in the soil.

They are capable to filter out the food bit using their bill. The appearance of females and males is quite similar generally.

However, in some species, the structure of the bill is relatively shorter and more upturned as compared to the males that have longer and much straighter bills.

Behavior of the Avocet

The avocets show social behavior. They generally live in large, noisy colonies that may comprise hundreds of members outside of their breeding season. Although the animals are not cooperative usually they become aggressive to defend their colony from threats and predators.

It is also recorded that sometimes the stilts are allowed to congregate with them. The avocets are very intelligent birds and to defend against predators, they use several kinds of strategies. To provide a distraction, they also make loud, and irritating sounds sometimes.

To map out the predator away, the avocets pretend to be hurt and also dive-bomb the predator so that it gets scared. Some loud and repetitive sounds were also made by the avocets for communication with other members.

Over time, the intensity of the sound also increases. The calls are also made to share some information such as about the identity of the individual or whether an invader is present.

The male avocet tries to attract the female formate and it uses various methods such as dancing, crouching, and bowing with their calls for it. The avocet show indistinct behavior means that the species become most active during the dawn and dusk hours.

The avocets are very good swimmers because of their webbed feet. However, they use their bill to feed and also comprise standard feeding behavior, but sometimes like ducks, they “tip-up” in deeper waters.

They usually do this when the lower half of the bird is submerged in the water and to feed, it reaches down. The birds are good travelers and proficient flyers also that travel for large distances.

Migration Pattern and Timing of Avocets

The avocets are migratory birds that show a characteristic migrating pattern throughout the year. For instance, New Mexico and southern Canada are the preferred territories to breed in the large stretch by the American avocet.

The species migrates towards the south or east during the winter season and travels to Mexico or Florida and the Atlantic Coast. In contrast, the pied avocet prefers to breed in Europe and Central Asia.

Some species travel up to very long distances such as to Africa in winters, though other species prefer to live closer to their breeding areas.

Reproduction, Young, and Molting in the Avocet

According to the studies done on American avocet, it is believed that the species form monogamous pairs. They share a very strong bond with their mating partner and make pair for life.

The courtship rituals are also displayed by these birds in which they show their interest in a mate by bowing or crouching. From all the species, the American avocet is the only species in which the breeding plumage grows of almost pink or red color during their breeding or mating time.

The female lays four eggs at a time. The eggs are incubated by both the parents and the incubation period is of three to four weeks. After emerging from the egg, the young chicks become ready to start an independent life.

They contain downy feathers at the time of birth develop feathers quickly. They become able to fly at the age of around four to five weeks. The lifespan of an avocet is around 15 years in the wild.

However, on average the bird is expected to live for nine years. It reaches sexual maturity at the age of one year but to successfully raise offspring, it has relatively fewer breeding seasons.

According to the IUCN list of threatened species, all the avocet species are listed as least concern species. Habitat destruction is the largest threat for avocet at present time.

According to an estimation, in the first 200-year history of the United States, around 60 acres of wetlands were lost. However, the importance of wetlands in an ecosystem is now recognized and also appreciated by scientists.

To restore the environment to its original condition, numerous reclamation projects are underway. Sometimes, floods, trampling, and pollution destroys the nests of the avocet, which is another threat for these birds.

Prey and predators of Avocet

The avocet help in keeping the prey species in check and thus play a significant role in the ecosystem. The entire group looks for food in a fascinating display by lining the shore during foraging hours.

What does the avocet eat?

The avocet prey upon various species including insects, crustaceans, and fish larvae. They also eat seeds sometimes, which is considered as a supplement for their diet.

What eats the avocet?

The foxes, skunks, and weasels are some common predators of the avocet. However, the avocet made their nest in such places where most other animals face difficulties to get access.