Mistle Thrush vs Song Thrush: All You Need To Know 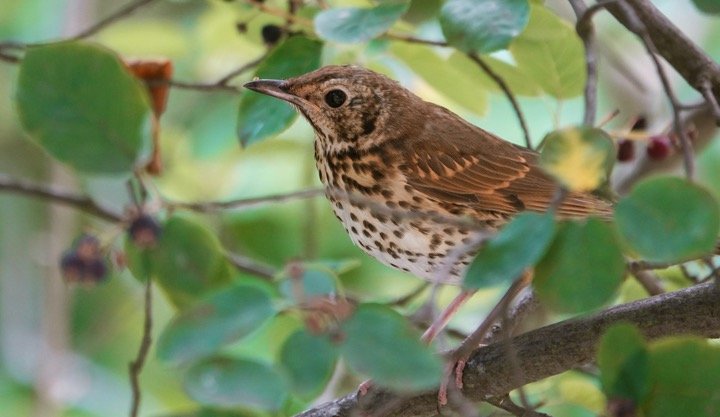 Birdwatchers sometimes mistake the song thrush with the mistle thrush, which are two distinct species in the thrush family. This is due to the fact that their routines and look are identical.

Both of these birds, for example, have mottling on their breasts and may be spotted in gardens around the nation eating grass and berry-bearing shrubs.

Song thrushes have a rounder shape and lighter breasts with patterns that resemble upside-down hearts or arrowheads, which are the primary distinctions between the two species.

Although you’re unlikely to confuse these two with any other birds, female Blackbirds can be paler and have streaking on the top regions of their breasts on occasion.

The simplest method to tell if it’s a blackbird is to look at its legs, which are often reddish-brown or dark in colour. The legs of Mistle and Song Thrushes are both lighter in colour.

About The Song Thrush

The song thrush is mostly brown in colour, with lighter markings on its breasts. Darker markings on these breasts resemble an arrowhead or an upside-down heart.

These birds are smaller than a blackbird and have a more rounded look than the mistle thrush. The song thrush’s tail is the same colour as its upperparts, and unlike the mistle thrush, it lacks white outer tail feathers. 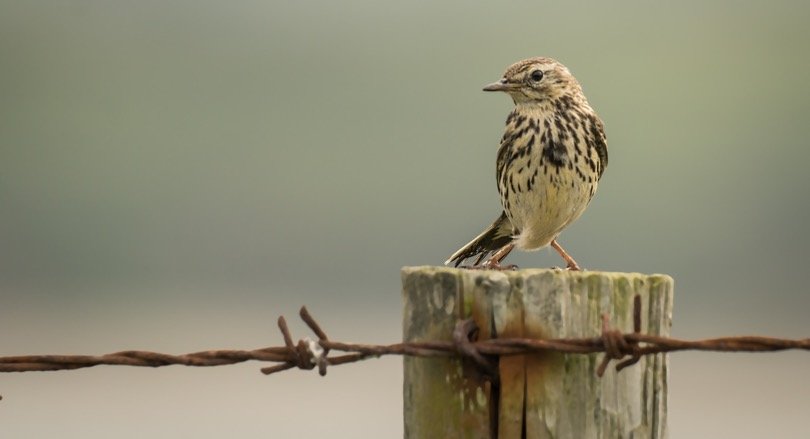 A rusty-buff colour appears beneath the wing and can sometimes continue down the bird’s sides. The margins of the wing feathers are orange-buff in colour. Males and females have similar appearances.

The sound is similar to the clicking sound made by a bicycle wheel rotating around.

About The Mistle Thrush

The mistle thrush is bigger than a blackbird and has considerably lighter coloration, nearly seeming grey at first look. The thorny patches on the breast resemble thorns.

In comparison to the song thrush, the spots on the flanks and belly appear to be considerably more circular. The lighter lower back and rump generally contrast with the colour of the tail.

Tails have paler outer margins as well. The undersides of the wings are white, and the wingtips are white on the margins.

Males and females share comparable physical characteristics. Mistle thrushes are generally seen on the ground in an attentive, erect stance.

The song of the mistle thrush is similar to that of the blackbird, although it is considerably shorter and has a darker tone.

Because it’s a dry rattling sound, it’s been compared to the sound of an old-fashioned football rattle.

Which Is The Most Common?

The song thrush is the most frequent of the two. This is due to the song thrush’s projected breeding population of 1 million birds. The mistle thrush, on the other hand, is thought to number around a sixth of this.

So, statistically, you’ll see a song thrush in your yard more frequently than not.