Baby Robins – All You Need To Know 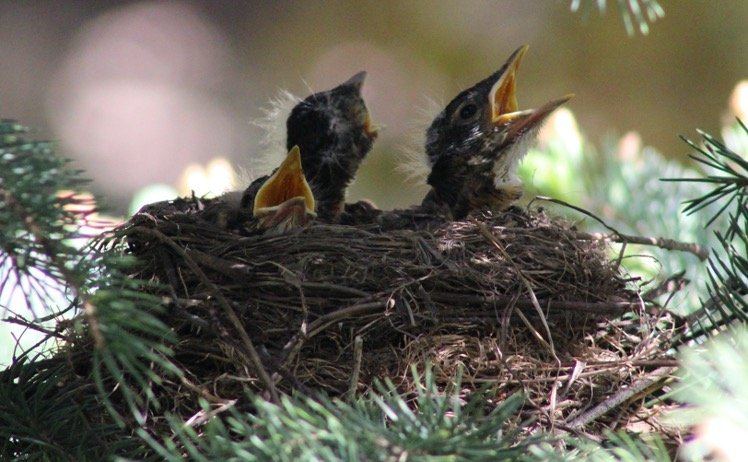 We’re used to seeing robins all across the UK at all times of the year, but what does a baby robin look like? Juvenile Robins are another name for this species.

When it comes to female robins, it’s a popular misunderstanding that they don’t have red breasts. They seem almost identical to male robins, and distinguishing them can be difficult.

You’ll be looking at a young robin if you encounter a robin without a red breast. The only difference between adult and baby Robins is that adult Robins do not wear a red bib. Their bodies and heads are speckled brown, and their underparts are lighter than older birds. 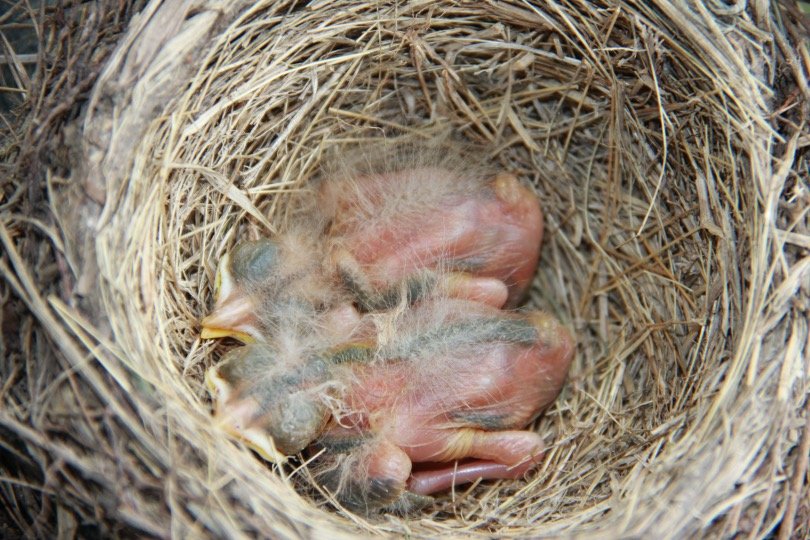 Baby Robins are born altrical (undeveloped), and their parents must feed and care for them. Their eyes remain closed from the time they hatch until they are approximately 5 days old, when they begin to open, and then completely open at around 8 days old.

They are likewise born without feathers and are predominantly pink in colour. It takes about 3 days for the feathers to begin to show, and it takes around 10 days for the body to be mostly covered in feathers.

Baby Birds: All the Facts, Care, and Pictures

How Big Is A Baby Robin?

Adult robins are comparable in size to newly fledged robins, and the only way to determine the difference is the absence of the red bib. There is a scarcity of information on the exact weight and length of juveniles.

What Do You Call A Baby Robin?

Young robins are not given a particular name and instead use the same naming procedures as other baby birds: chick or hatchling, fledgling, juvenile, and adult. 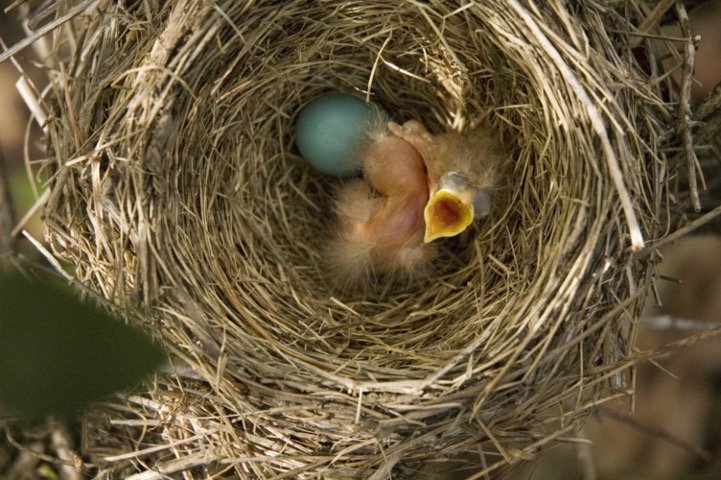 When Are Baby Robins Born?

The mating season varies depending on where the population is located in the world. However, in the UK, it generally lasts from early April until mid-June. They can be born as early as mid-May in some regions of central Europe, and as late as July in other ranges.

How Many Eggs Do Robins Lay?

Robins often lay clutches of four to seven eggs. Robins can have up to three clutches each year, although two clutches are the most frequent.

Baby Pigeons: All The Facts, Care, And Pictures

Robin eggs are typically pale, although they can sometimes be bluish-white with tiny reddish patches. The eggs are 20 15 mm in size and weigh about 2.4 grammes (the shell accounts for 6% of the weight). 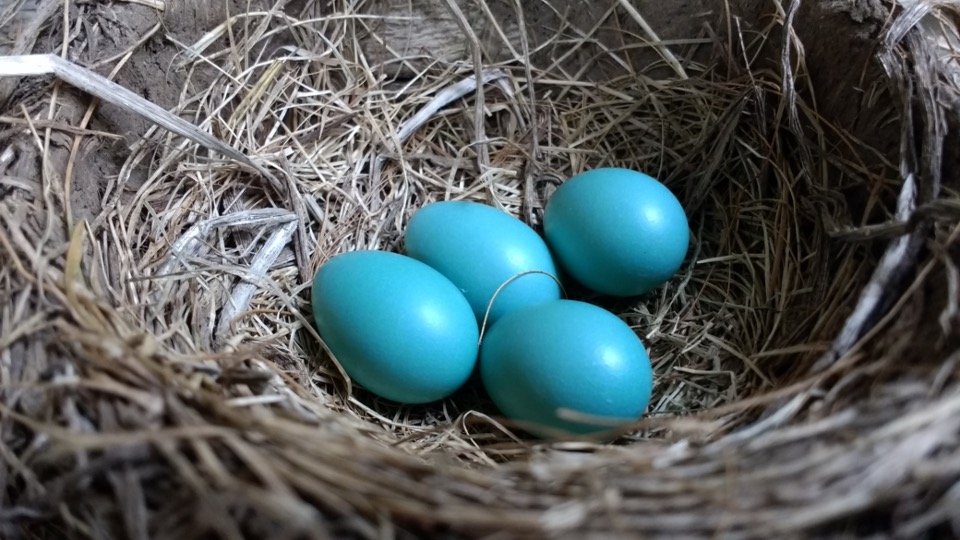 How Long Do Robin Eggs Take To Hatch?

Before hatching, robin eggs are incubated for 12 to 21 days, with an average of 14 days. The female will remove the egg shells from the nest as soon as the babies hatch. Egg shells can be eaten for additional calcium on occasion.

Do Robins Reuse Their Nests?

The quick answer is that it is debatable. If a successful brood has been created and raised, robins may utilise the same place for the following brood’s nesting, although they will mostly build a nest on top of the old one and remove any undesirable material.

During the breeding season, the best advice is to leave any nests you uncover alone, since robins are quite sensitive and may not return to their nesting places if they feel disturbed or intruded on.

If the nests were constructed in nest boxes, cleaning them around October is typically a good idea because they are usually finished with them by that time.

When Do Juvenile Robins Leave The Nest?

Robins generally leave their nests between 14 and 16 days after hatching. They will stay with their parents for up to three weeks after leaving the nest. These immature birds will migrate away from their birthplace locations in May, but just a few miles/kilometers. 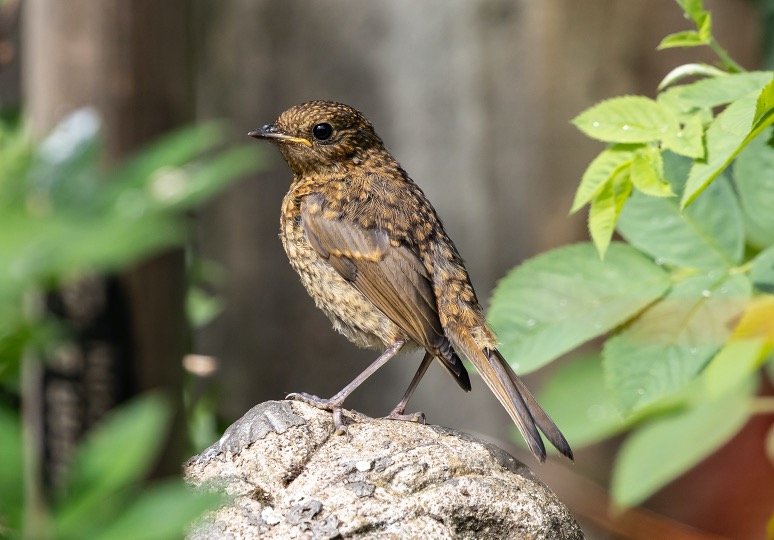 When Do Baby Robins Get Red Breasts?

The young robins do not receive their red breasts until the late summer months, generally when they are between 2 and 3 months old. This occurs because they lose their speckled feathers during a partial moult.

However, they retain the same spherical form, long legs, and head positions as their adult counterparts prior to this. This is why it’s a question if all robins have red breasts.

What Do Baby Robins Eat?

Baby robins will eat primarily regurgitated items from adult birds for the first several days. Because robins are omnivores, they can eat a wide variety of foods. Invertebrates, seeds, and fruit make up the majority of their food.

Larger pieces of food can be fed to the chicks as they become older, since they become more demanding after a few days.

When it comes to choosing a nest location, robins are highly astute, since they will typically only nest where there is an abundant food supply, ensuring that when the babies hatch, there will be no shortage of food. 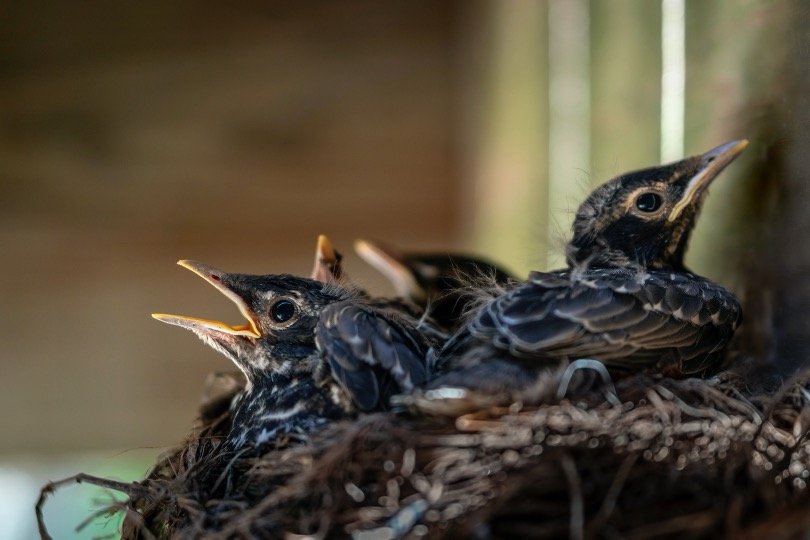 Where Do Robins Nest?

The female birds build the nests, while the male guards the area. Low undergrowth, grass banks, hedges, walls, rock faces, tree cavities, and nest boxes are all used to build the nests. The key criterion is that it be low down-generally less than 5 metres-and in a restricted and safe area.

The cup-shaped nests are made of a combination of moss, twigs, leaves, and grasses. Grass and hair are frequently used to line them.

Baby Eagle: All The Facts, Care, and Pictures

When Can Baby Robins Fly?

The flying feathers are the last to develop out of all the feathers. When a young robin leaves the nest after 14 days, he or she is typically unable to fly immediately away and may take a few days longer to do so.

You could witness young robins hopping around and practising their flight with brief attempts during their first few days outside the nest. 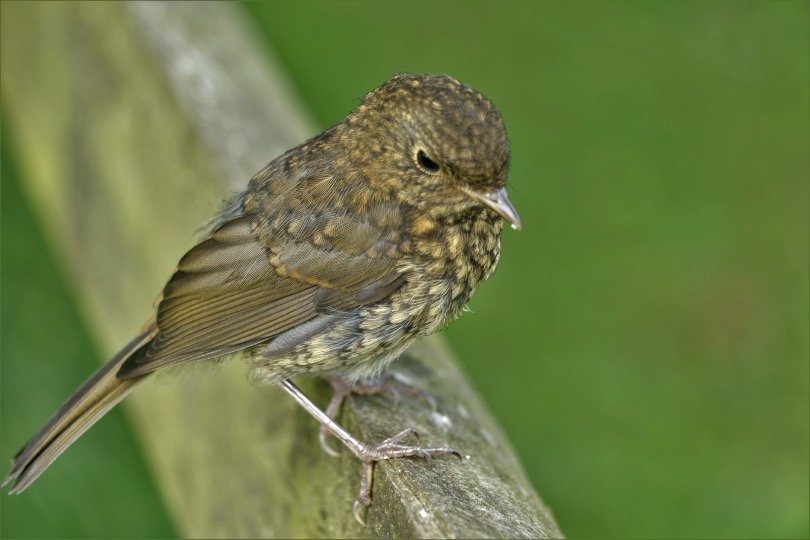 How Long Do Baby Robins Stay With Their Parents?

Baby robins will stay with their parents for up to three weeks after they have departed the nest. The male birds will primarily look after the fledged young at this period because the female will begin preparing for the next brood.