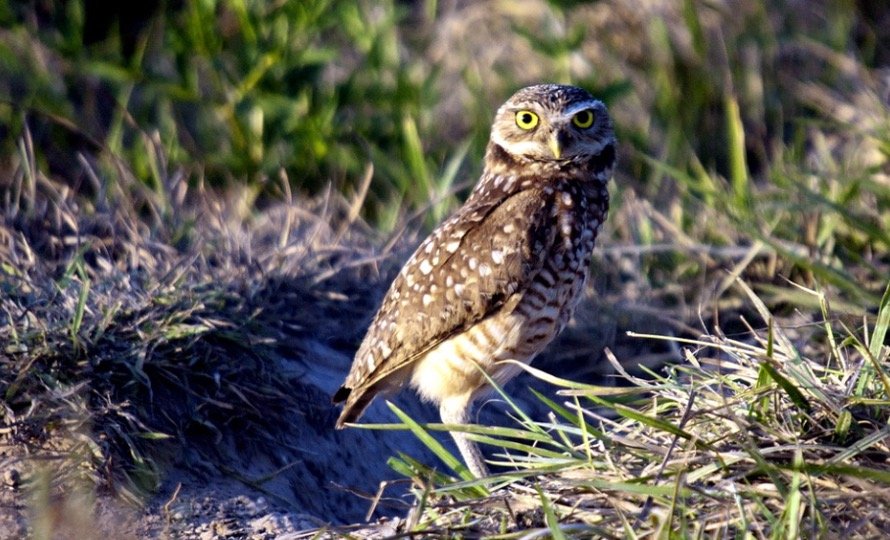 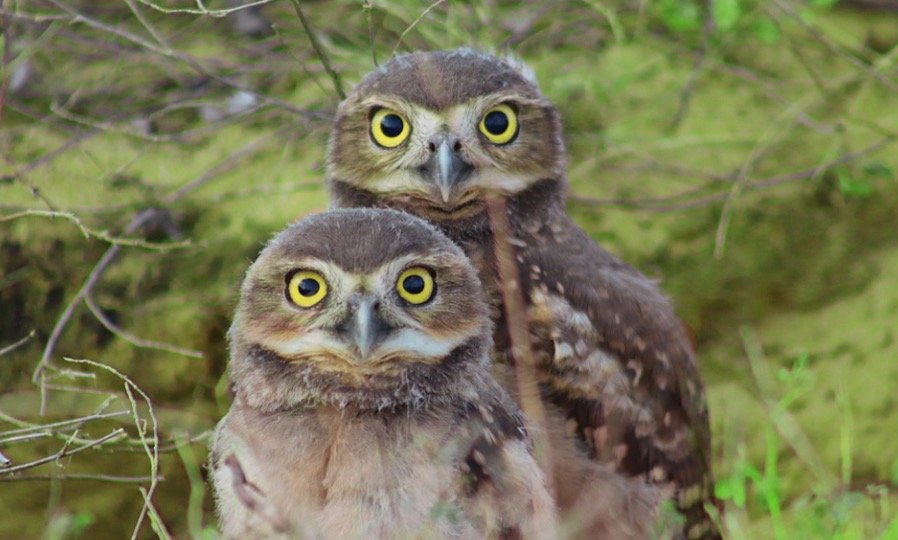 The burrowing owl is a member of the family Strigidae. The body of the owl is long and slender with long legs. The bird is native to America. Most of the time, the burrowing owl spends near the ground.

However, they are great fliers and capable to perform the fanciful flight. In their natural habitat, the owl plays a significant role in ecology by regulating the number of prey.

3 Incredible Facts About the Burrowing Owl

In Cape Coral Florida, a burrowing owl festival is organized by the Cape Coral Friends of Wildlife Organisation every February. According to an estimation, there are around 1000 nesting pairs found in the city of Cape Coral.

The interesting fact about the birds is they migrate during winters and the species is one of the few species of owls that prefer migration during this season.

Throughout their range, around 18 subspecies of the genus Athene are identified. Each individual has a significant role in the ecology of their habitat. 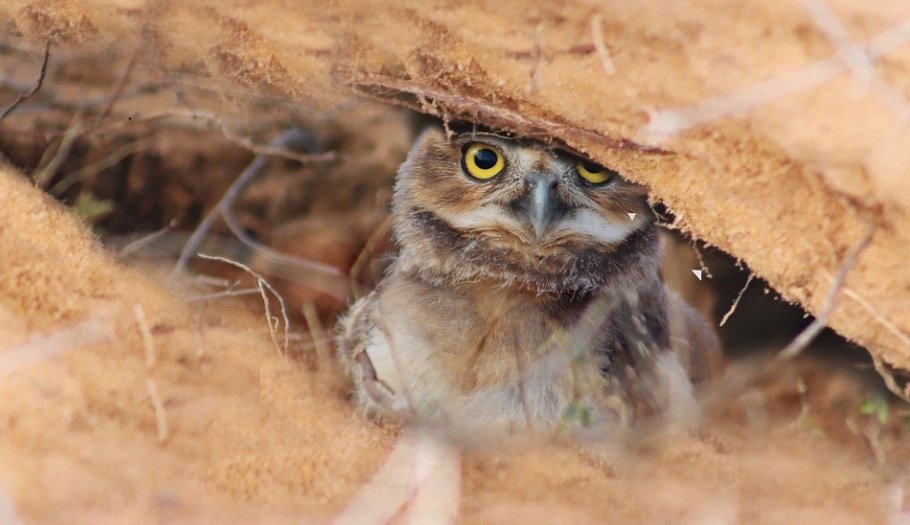 The population of burrowing owl is distributed in the western hemisphere. The birds prefer walking in open areas such as prairies, trees, and open areas where vegetation is not found or with little vegetation such as grasslands and agricultural fields.

It seems that the birds use dung as an important building material for their nests because the insects may get attracted by the dung. The burrowing owls are very protective that form a home range around their nesting area and defend their area also. 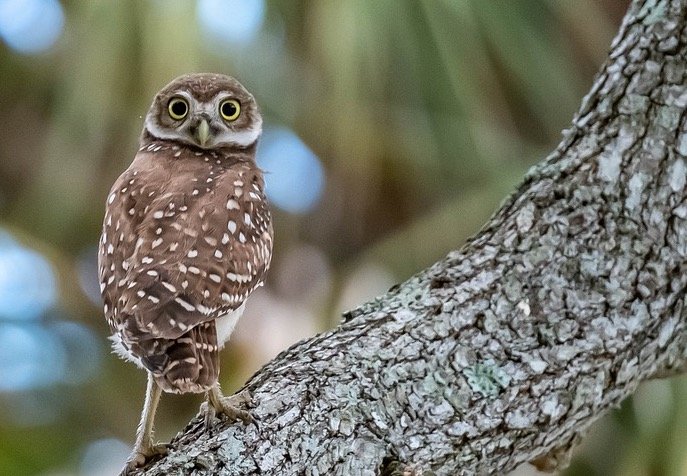 The bird belongs to the family Strigidae. Athene cunicularia is the scientific name of the burrowing owl. It is believed that the Greek goddess Athena was closely related to the owl thus they are named after the goddess Athena. T

he species name ‘curicularia was derived from a Latin word that means a minor or a burrower. The owl is closely related to the little owl, which is also named as spotted owl and forest owl.

Size, Appearance, and Behavior of the Burrowing Owl

In an adult owl, the chest and the plumage are made up of brown feathers. From the back of the bird, a white chin stripe, white eyebrows, and white spots can be seen. The eyes of the owl are yellow and rounded with relatively long legs.

The ear tufts are not visible in a burrowing owl. Based on their physical appearance, the male and female owls are very difficult to distinguish. They look similar in size and appearance.

The owls are monogamous organisms and they make pairs for life. They spend a year with a single mating partner. Sometimes they form very loose societies to live in. approximately 13 different vocalizations are documented from the owls.

The species are highly vocal and most of the sounds are used to defend their territory. They also use sounds for communication with their mate. The owls are well adapted for all these vocalizations.

During the day, the owl may be active at any time but in most cases, the organisms prefer to hunt at the time of sunrise or sunset. During the rest of the time, the birds spend while preening, stretching, and bathing in puddles.

They live in the areas close to the ground for most of the time and perch on any shrub or other places.

Burrowing owls are one of the species of owls that prefer migration during winters. Summer is the breeding season for these owls. They usually breed in areas including USA and Mexico.

They start breeding by the start of summer. The birds spend early winters traveling and traveling to Central and South America. Some species of owls also breed in the regions of South and Central America, but the species do not migrate anywhere. 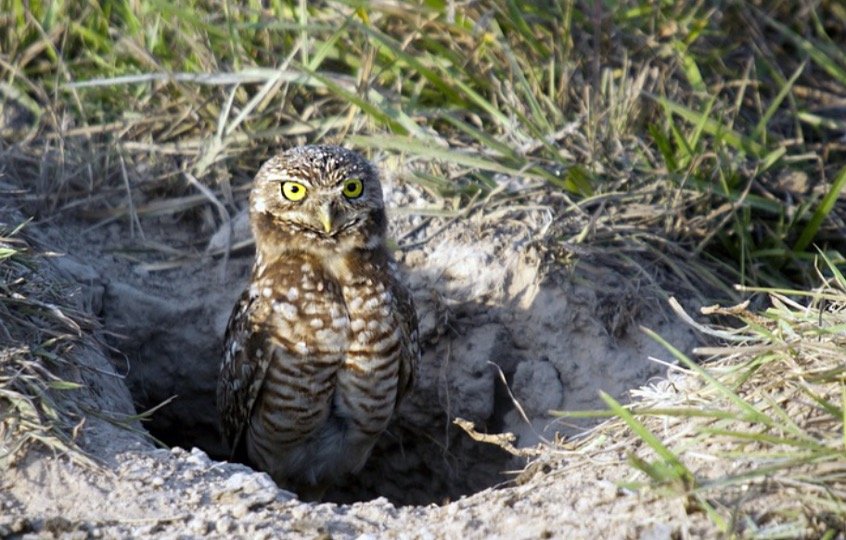 Diet of the Burrowing Owl

The burrowing owls are mainly carnivorous organisms. They feed on insects and other arthropods that make about 90% of their diet. They usually walk and hop to catch their prey while hunting and sometimes run after their prey to catch it.

What Does the Burrowing Owl Eat?

Insects including beetles, crickets, and grasshoppers are the major diet of burrowing owls. They also eat some birds such as sparrows and reptiles such as squirrels, lizards, and snakes.

Burrowing owl eats a variety of organisms but it also faces the threat of predation by several predators. Habitat loss is another threat for these organisms.

However, their population is stable and thus the IUCN red list for threatened species has classified the burrowing owls are “least concerned” species. The US migratory bird act protected three species of burrowing owls.

What Eats the Burrowing Owl?

Several predators such as bobcats, cougars, foxes, coyotes, and some bird species including hawks and eagles feed on burrowing owls and are major predators of these birds. The owl cluck and become frightened when the owl is attacked by any predator. In some cases, the owl drives away a large predator when it is in groups.

The burrowing owls are monogamous birds. They form a pair bond with their partner every year. A courtship ritual is also seen in these organisms during which the birds sing and show display fights with preening to attract their mate. The food is delivered by mail to its female partner during this time.

February and May are the mating months of the owls when the female lays up to 12 eggs in a single clutch. The gestation period is of around 1 month after which the eggs hatch and baby chicks emerge.

At the time of their birth, the birds are fully dependent on their parents. Incubation is done by the mother generally and the father goes out for a hunt and gathers food for all the members of the family.

The burrowing owls can produce heat so that they stay warm. Thus they live with their parents until they become fully-fledged. Few spots and bars occur in the body of newborn chicks but in adult age, the owl gets its plumage.

The population of burrowing owls is decreasing throughout the world. The total population is around 2 million while about 33% of their population declines from 1966 to 2015.