What Do Owls Eat? 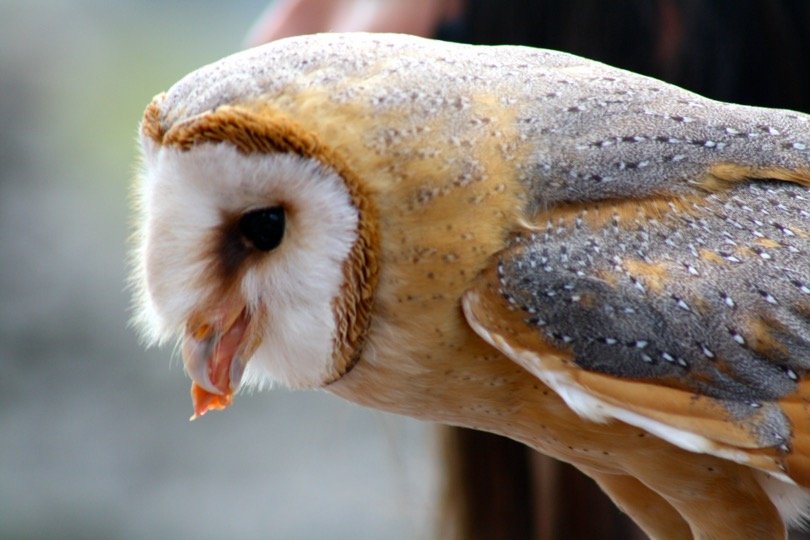 Owls have exceptional hunting skills. Owls are exclusively carnivorous, feeding on everything from minute insects to huge mammals and birds.

Their diet depends on various species. This is owing to their distinct habitats, which provide them with a distinct climate and geographical location.

This article gives a brief overview of some of the owl’s favorite foods.

Young of larger species, including prairie dogs, foxes, cats, porcupines, and others may also be preyed upon by the owls.

Owls enjoy consuming a range of lizard species, including swifts, skinks, geckos, and anoles. In general, owls will capture and consume any species of lizard they can locate.

Owls have an advantage over other bird species due to their capability to perceive in dim light and detect in the dark. They kill and consume a vast array of different species of birds.

In spite of the fact that they consume other birds, owls cannot be considered as cannibals. They may consume lesser species of owls however they often stay away from larger owls.

It does occur on sometimes for certain owls to become cannibals, but whether this is due to stress or an accident is unknown.

Throughout the year, mature snowy owls consume a vast quantity of lemmings. In reality, an adult snowy owl can consume over 1,500 lemmings in a single year.

Sometimes, owls hunt and consume fish, however not all owl species are capable of hunting and catching fish. The most frequent fish species captured by owls include catfish, minnows, sunfish, crabs, silversides, and shad. 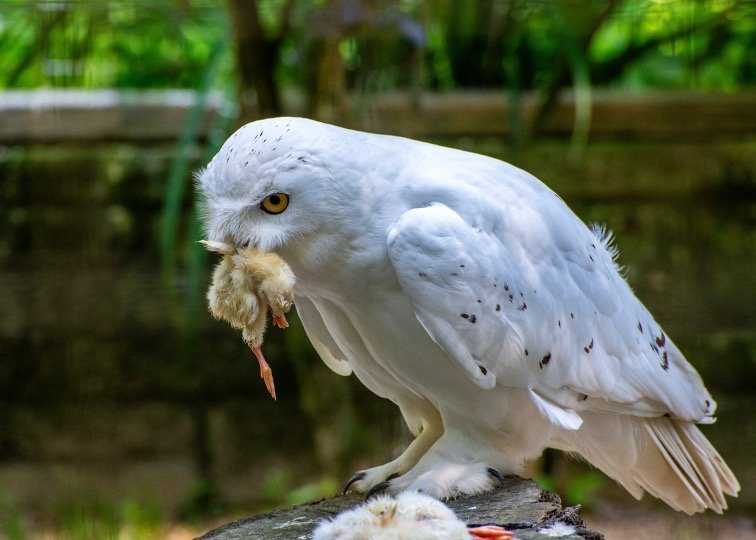 The majority of an owl’s active time is spent hunting for food.

Various types of owls have distinct diets. Let us have a look at the diets of different owls.

Asian and African Owls are particularly skilled in catching fish for food when it comes to marine life.

Barn Owls consume young mice and voles. It has been observed that the barn owl mostly feeds on mice, rats, voles, lemmings, and insects. The barn owl occasionally preys upon blackbirds, starlings, and meadowlarks.

They also eat a wide variety of insects. Occasionally, they will also consume fish, reptiles, amphibians, and birds. Barn owls graze on cotton rats, although in their western habitats they prefer pocket gofers.

The diet of the screech owl ranges from small insects and other invertebrates to mammals, birds, and reptiles of considerable size. Screech Owls typically consume young insects.

The primary components of a snowy owl’s food include animals, such as hares, lemmings, and birds, such as geese and songbirds. Snowy owl may spend considerable time attempting to capture lemmings. These owls capture them three to five times per day.

The burrowing owl’s favourite meal is small insects such as grasshoppers and beetles, but it will also eat small to medium-sized mammals such as voles, squirrels, and more. In the south, the preferred foods of burrowing owls are grasshoppers, beetles, voles, and squirrels.

Great horned owls do not appreciate fish, but they occasionally find skunks appetizing enough to consume. The great horned owl is renowned for being the only species that enjoys consuming skunks on a regular basis.

The diet of great horned owls includes geese, crows, other raptors, amphibians, and reptiles, but small mammals such as hares and rabbits are their preferred food source.

You may also like to read Baby Owl: All The Facts, Care, and Pictures

Fish owls in Asia and Africa hunt fish, amphibians, and other aquatic animals.

The majority of the northern saw-whet owl’s diet consists of small mammals like shrews, moles, and mice. It also consumes birds, insects, and intertidal invertebrates, such as isopods, to augment its diet.

The barred owl’s diet is extraordinarily diverse; they consume nearly every kind of animal in the kingdom Animalia, including mammals, reptiles, birds, amphibians, fish, and invertebrates.

Typically, owls capture a living animal, kill it, and then consume it. It is not typical for these birds to swallow dirt, sand, or leftovers while

They are unfortunately susceptible to ingesting microfibers and microplastic fragments, which are microscopic particles of plastic trash. One owl can reportedly consume hundreds of bits of polyester, nylon, and polypropylene per day.

Microfibers from synthetic clothing and ropes account for 86% of all plastics consumed by owls and other birds of prey, according to a research. In most cases, they originate from washing machines.

To save the owls, we should not through plastic on the ground and in jungles.