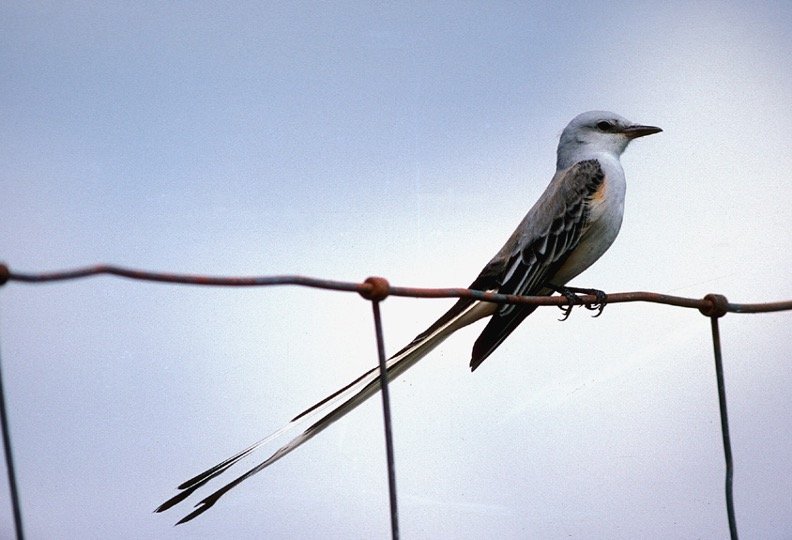 Oklahoma State Bird: All You Need To Know

Oklahoma is the 28th most populous state and the 20th biggest in terms of total land area. The state is made up of mountain ranges, wooded areas, and open plains. Oklahoma’s official mammal is the American Buffalo.

The scissor-tailed flycatcher (formerly Muscivora forficate; reclassified as Tyrannus forficatus) was named the state bird of Oklahoma in 1951. This flycatcher mostly feeds on insects, particularly flies, thus its name. Its love of insects endeared it to the majority of people.

Why is the Scissor-tailed Flycatcher Oklahoma State Bird?

The journey to designating a state bird was lengthy and winding, with the state hosting its first contest among students in 1932. That event, sponsored by the 1932 State Federation of Women’s Clubs, was won by the bobwhite.

However, the legislature did not act, and the state went almost two decades without an official bird. The flycatcher was backed by the state’s Audubon Society, garden clubs, and wildlife organizations, and they convinced Lou Allard, chairman of the House Committee on Game and Fish, to lobby for the species in 1951.

The bird’s chosen diet of dangerous insects, as well as its nesting territory inside Oklahoma’s boundaries, made it the selection. The state became the first and only state to proclaim the scissor-tail flycatcher its state bird with the passing of House Joint Resolution Number 21.

Oklahoma is so fond of its scissor-tail flycatcher that it picked it as the subject of its state quarter in the US Mint’s series issue of each state. The Oklahoma quarter features a scissor-tailed flycatcher in flight above the state flower, the Indian blanket, with its scissor tail feathers spread wide. 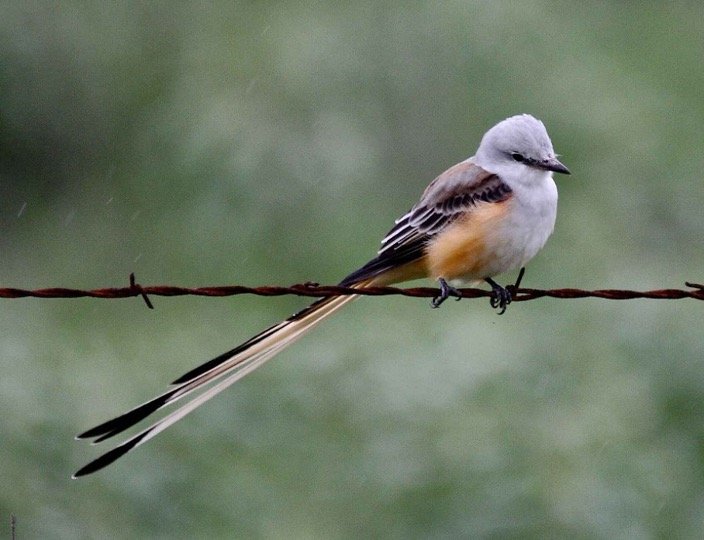 When was the Scissor-tailed Flycatcher designated as Oklahoma State Bird?

The Scissor-tailed Flycatcher’s body is soft gray on the back and sides, with a white or cream-coloured tummy, and is distinguished by its forked tail that divides six inches deep. Their sides and under tails have a salmon pink colouration. The state bird seems to be dressed in a suit, since it has gray and black wings and a tail.

Both sexes reach a maximum length of 8.7 to 14.6 inches. These birds weigh somewhat heavier than ordinary songbirds in the United States, weighing between 1.3 and 2 ounces. Their wingspan ranges from 4.5 to 4.9 inches. 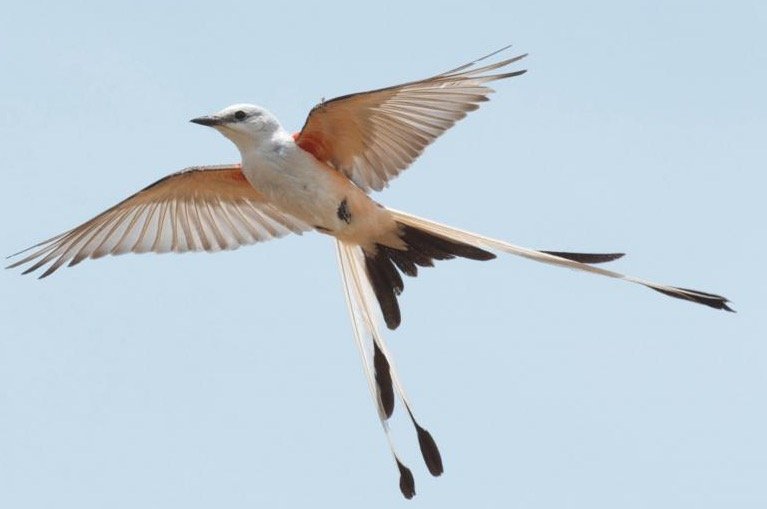 How do Oklahoma State Bird behave?

Although these birds may be found in both North and Central America, their breeding area is limited to southern Texas and southern Nebraska. Oklahoma, of all, is smack dab in the middle of all of this.

During the summer, the flycatcher populates the state’s open shrubby regions. They enjoy grasslands, savannahs, and the borders of tropical wet and tropical dry forests. Because they can’t locate any of these in Oklahoma, they cling to pastures, agricultural fields, and roadside ditches.

They may also be found in many cities and local parks. The flycatcher builds its nest high above the ground, away from predators, usually seven to forty feet above the ground.

They will build in a tree just as much as they would in a man-made post or pole. They perch on power wires, fences, and flagpoles. They make their houses out of holes left by other animals.

If a woodpecker abandons its nest, the flycatcher takes over. Inside the hole, they construct a nest, which is simply a soft bed made of grass, twigs, weeds, hair, and rootlets. These birds become well-known for their mating ritual.

The males commence a series of V-shaped flights after climbing to a height of around 100 feet in flight. Their aerial displays are designed to entice eligible females for mating. In Oklahoma, this practise continues all summer.

When the female finds her partner, they look for a suitable tree hole or other refuge, and the female builds a nearly six-inch-circumference nest in a tall, solitary tree.

Once the nest is complete, copulation occurs. Because the female only lays one egg each day, the process of producing eggs might take a weekend or a week. 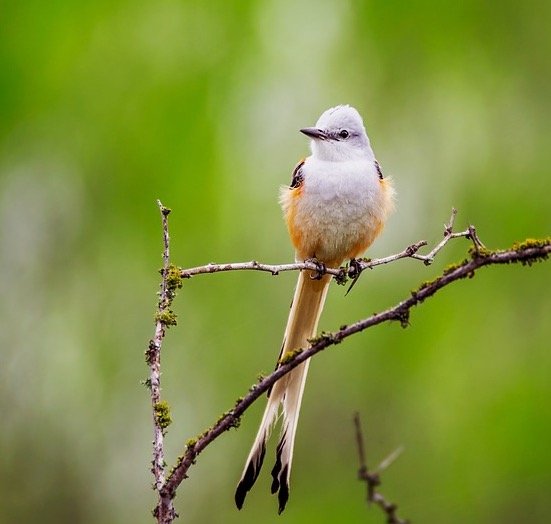 Scissor-tailed flycatchers form pairs for mating and reproduction. These serial monogamous birds couple up to create families, which later join forces to form a bigger flock. The pair usually has three to six eggs. This takes 14 to 17 days to hatch. The eggs are incubated by the female bird.

Rather of singing for enjoyment, these birds communicate via language. They produce both tweeting and chattering noises. “kee-kee-kee-kee.”

What do Scissor-tailed Flycatchers eat?

Hawking is the behaviour of these diurnal birds of waiting on a perch to gather insects. They will also collect insects from the ground or from foliage on a regular basis. Grasshoppers, mealworms, and crickets are favourites of this bird.

You may attract scissor-tailed flycatchers to your yard by resembling their preferred habitat. Make your bird feeder or birdhouse as like to their preferred woodland environment as possible.

While they seldom consume anything other than insects, they have been observed to diversify their diet by stopping by mulberry or hackberry trees for a snack.