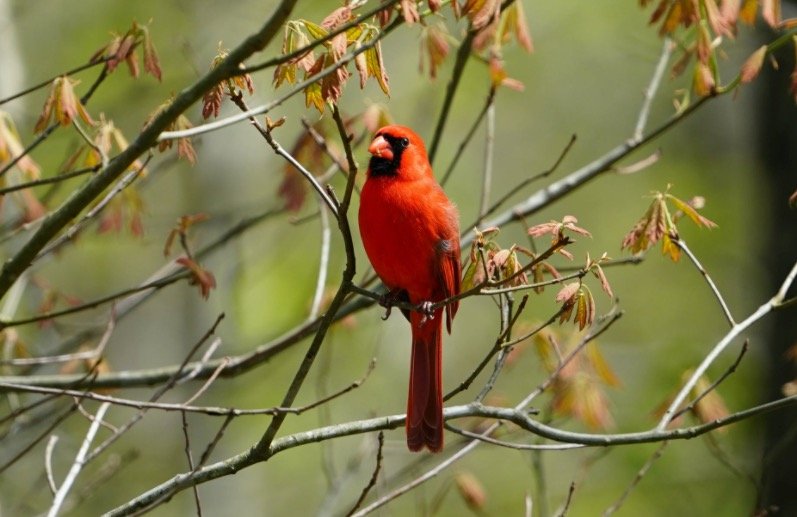 Kentucky State Bird: All You Need To Know

Kentucky is the United States’ 26th most populated and 37th biggest state. Kentucky’s valleys, woodlands, coal fields, and high peaks provide excellent habitat for animals and birds. The Eastern Gray Squirrel is Kentucky’s state animal, but what is the state bird?

The Northern Cardinal (Cardinalis cardinalis) was chosen as the State Bird of Kentucky not once, but twice, and it became state law both times. The brightly coloured, medium-sized songbird picked Kentucky as one of the US states to call home. The Northern Cardinals will be delighted in the Bluegrass State, which has plenty of mesquite patches and streamside thickets. 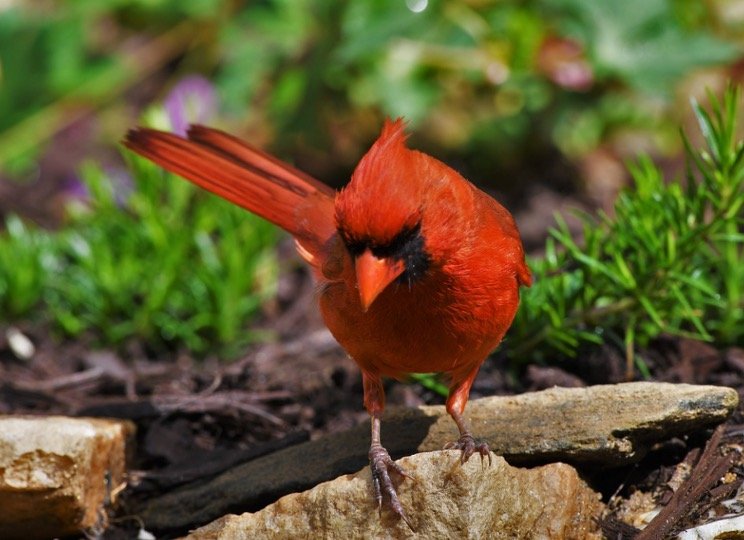 Why is the Northern Cardinal Kentucky State Bird?

Northern Cardinals, sometimes known as redbirds, are endemic to Kentucky. Settlers from Europe remarked on the bird’s colour resemblance to the gowns of the Catholic Church’s cardinals. When the animals and plants of North America were recorded, the description became the bird’s scientific name.

When did the Northern Cardinal become Kentucky State Bird?

The Northern Cardinal was selected as Kentucky’s state bird by the legislature on February 26, 1926, and was re-codified in 1942. Northern Cardinal is the national bird of Indiana, Ohio, Illinois, North Carolina, Virginia, and West Virginia. 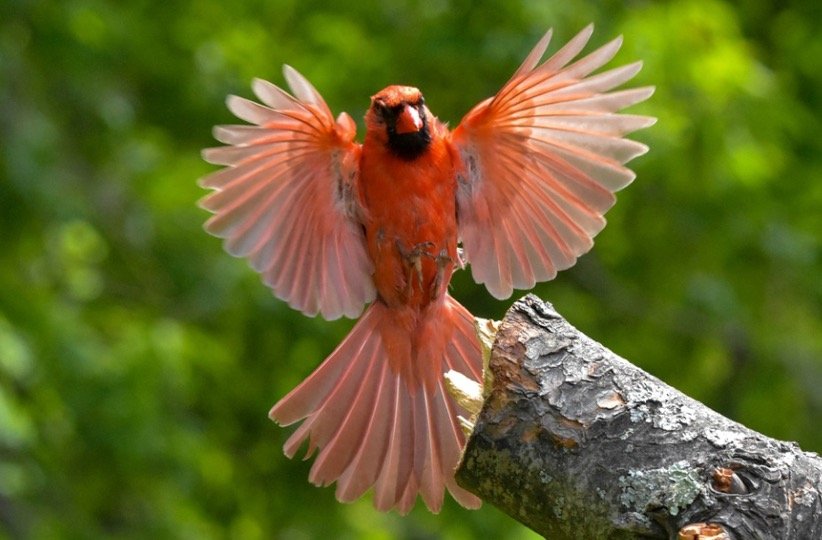 Northern Cardinal males have brilliant crimson red feathers, and females have golden red-brown or gold feathers, which are known to as buffy brown in Kentucky. Although it may seem strange that cardinals in Kentucky vary in colour from other cardinals in the United States, this is common, given that there are 18 varieties of this species throughout the nation.

Kentucky is home to one of these Northern Cardinal (Richmondena Cardinalis cardinalis) variants. Males of this type of bird grow somewhat bigger than females, although only slightly. Aside from it, the both sexes of the bird are physically identical.

The breast and upper body of the female bird are yellow with gray streaks, while their stomachs are white or light gray. These birds’ beaks are usually black with a brown tint at the base.

Northern Cardinals measure 8 to 9 inches from head to tail and have a wingspan of 10 inches to 12 inches. These tiny birds weighed between 1.5 and 1.7 oz. 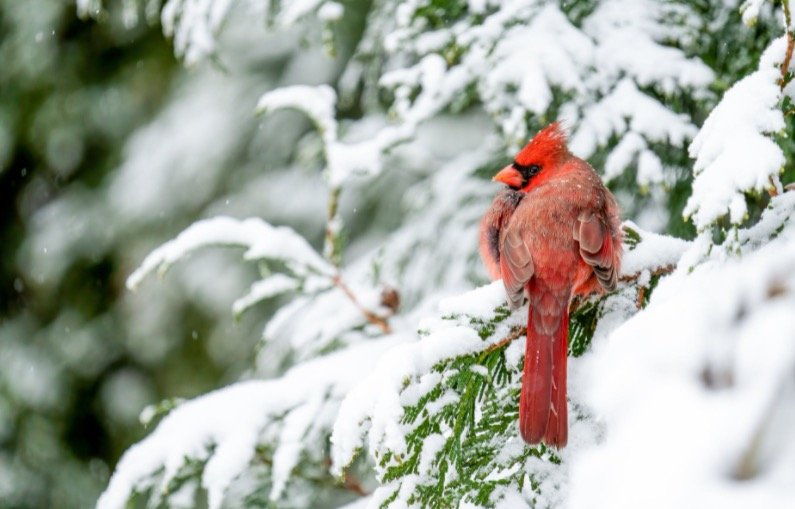 How do these birds behave?

These birds do not migrate and often reside within a mile of where they were born. They flourish in shrubs in the wild, although their habitat varies in suburban regions such as Kentucky.

They build their nests one to five feet from the ground on the outskirts of forested regions, wetlands, streamside thickets, and vegetation near dwellings. These birds visit the gardens of many homes because they like the seeds of different weeds.

While the size of these birds changes depending on where they live, their life duration, breeding patterns, and dietary habits stay consistent. Cardinals have a life expectancy of 13 to 15 years. These birds mate and create a nest with their spouse during this period.

Singing is how the two birds communicate. Much of the singing by cardinals that humans love is a pair staying in contact while separated. When a cardinal pair produces offspring, their eggs incubate for roughly 11 to 13 days.

Because the mother bird is unable to leave the nest while the eggs are incubating, the male bird goes looking for food, which he then takes back to his nest. He’s practically grocery shopping for two at this stage, but after the babies hatch, he brings enough food for the full family.

Because the young birds are unable to leave the nest right away, The mother bird remains with them to care for them. The male bird persists to hunt food, but the amount of food he returns to the nest grows. The young birds may leave the nest after nine to eleven days to feed alongside their parents.

Whenever you hear “purty-purty-purty” or “cheer-cheer-cheer,” it’s a mother and father cardinal conversing while apart, since the male is looking for nourishment for his children.

Baby birds need particular protection and support since they do not hatch with complete feathers and thus cannot fly. When a predator comes near the nest, the mother along with all the chicks must protect themselves. During such a perilous moment, it’s understandable that the pair wants to stay in contact.

Because the male bird hunts, the females are seldom seen in the yard. When you see a red cardinal returning and forth to the nest bearing feed, it is most probable that he and his wife have had a big brood. 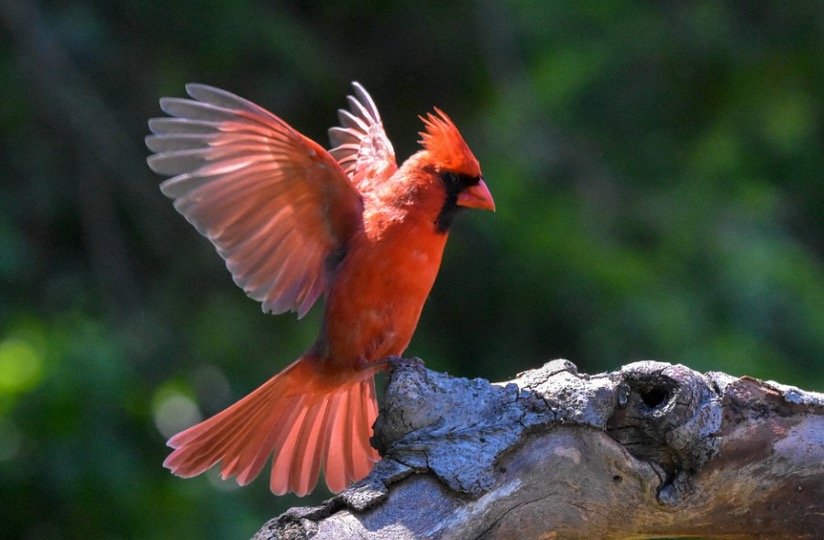 These cardinals exist in the same way that mockingbirds do. By establishing a close-knit family and marriage that they zealously preserve. To defend its home, the cardinal will battle to the death. If a predator is discovered, it will battle for its zone, which usually includes its family.

Never enter a cardinal’s nest, and don’t allow your kids or pets to do so. Birds will swoop down and attack you. They battle for mating region as well. Other male cardinals will fight their own species if they enter a nesting place that has previously been established.

They have been known to attack their own image in a windows or mirror glass. These birds can distinguish members of their own species, as well as animals and people. Despite possessing tiny brains, they are far from “bird-brained,” a term that means unintelligent.

They are, however, unaware that the glass reflects their image. The bird seems to attack the glass, believing it is another cardinal, but it is really battling itself. 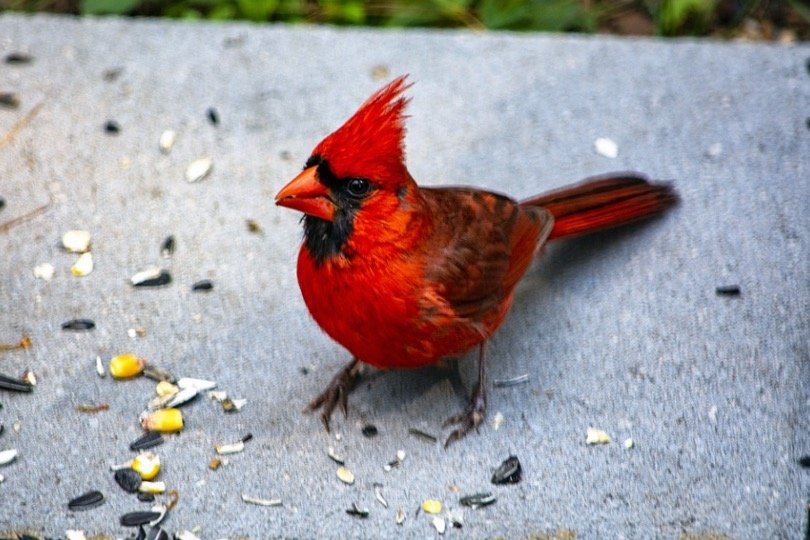 What kind of food do Northern Cardinals eat?

Northern Cardinals like eating and have the most diverse diet of any bird. You’d think Kentucky cardinals would eat the same diet as Indiana cardinals, but they don’t. This species’ Kentucky birds are omnivores. They are mostly interested in eating seeds.

Kentucky natives consume bug meat as well as weed seeds, berries, fruits, and maize seeds. In the winter, you may help them by filling a high-hanging bird feeder with fruit, maize seeds, and sunflower seeds.