Do Birds Have Ears? All You Need To Know 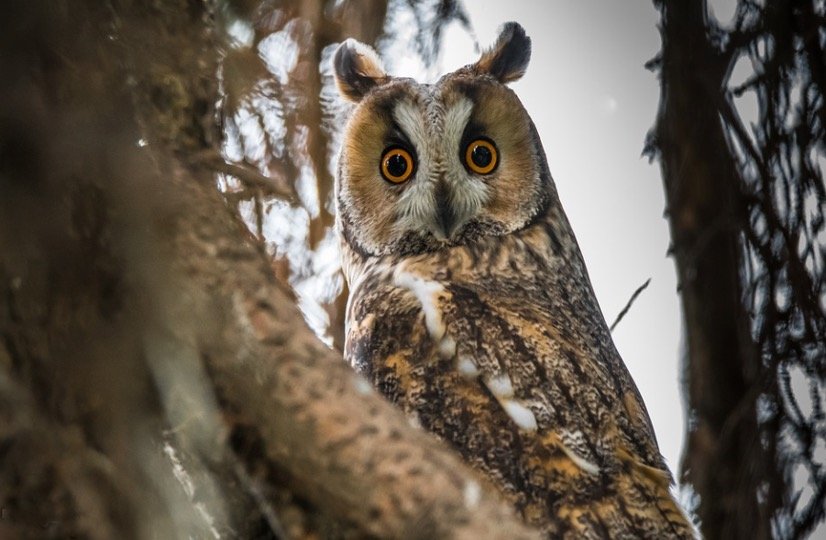 Do Birds Have Ears?

Birdsong is one of nature’s most diverse and inspiring sounds. While not all birds sing, they all produce sounds, and many are capable of complex vocalization. If birds can sing, they must be able to hear; thus, do birds have ears?

Birds do have ears, but they are not designed like humans or other animals. Bird ears, like reptile ears, are tunnel-like holes directly behind the eyes that are shielded by feathery flaps known as auriculas. When flying, auriculas assist transmit sound to the ear while shielding it from solid particles and air turbulence.

Birdsong and avian hearing captivated scientist and naturalist Charles Darwin, who studied the many ways in which birds employ intricate vocalisations as a form of musical language.

Despite the absence of visible ears, avian hearing is highly developed and has an amazing evolutionary history; continue reading to learn more about bird ears and related subjects! 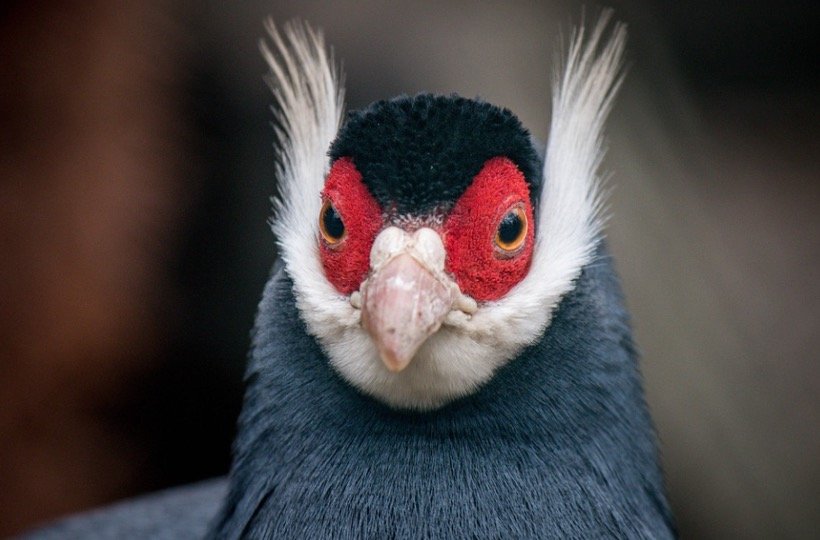 Despite not having a sophisticated outer ear like mammals, birds have a well-developed ear. Birds have a significantly smaller hearing frequency range than humans, ranging from roughly 100Hz to 14,000Hz.

Humans can hear sounds as low as 20Hz, which is a deep bass note or distant thunderclap, and as high as 20,000Hz, which is extraordinarily high-pitched, similar to the highest playable note on a violin.

Despite their reduced hearing range, several investigations have shown that birds can perceive infrared sound, which is defined as frequencies recorded below 20Hz. It’s unknown if birds sense infrared using their ears or in some other manner.

Avian hearing is also less sensitive than mammalian hearing in general, although it is sensitive in the 1kHz to 4kHz range, and there are many fascinating modifications that give avian hearing an advantage over many other creatures.

One such property of avian ears is that, despite the lack of an external ear (pinnae) like mammals, birds can nonetheless determine the precise position of a sound.

Researchers think that the shape of the whole skull aids birds’ capacity to locate sounds as well as discern between various frequencies. 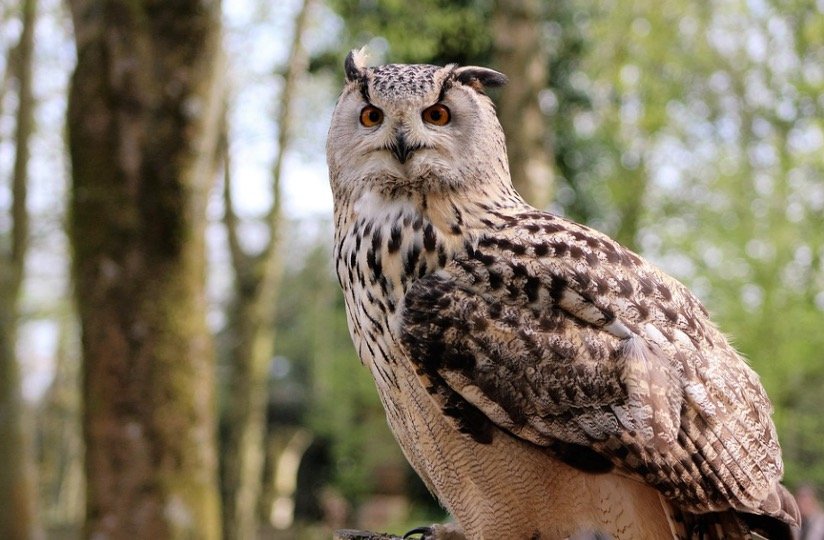 Which birds have the best hearing?

Owls, who depend on both their vision and their hearing to seek prey in the dead of night, are examples of birds with exceptional hearing. Some owl species have misaligned or asymmetrical ears, which enable them to locate the source of a sound far more accurately than humans.

The mismatch causes a temporal delay between one ear and the other, allowing them to decipher where even the most inaudible sounds are originating from. Some owls, such as the Boreal Owl and Barn Owl, have radar-like features that are intended to ‘catch’ sound and filter it through to their ears.

They can even use their facial muscles to adjust the location of this ‘radar dish.’ Owls have some of the best and most well-adapted senses in the animal world, in addition to their exceptional vision.

There is no evidence that birds can hear ultrasonic noises. In truth, birds’ ears are not very sensitive to high frequencies and have a limited audible frequency range than humans.

There are a few species that can hear ultrasound, such as bats and dolphins, but it is a rare capacity. Insects are also capable of hearing and perceiving ultrasonic vibrations. 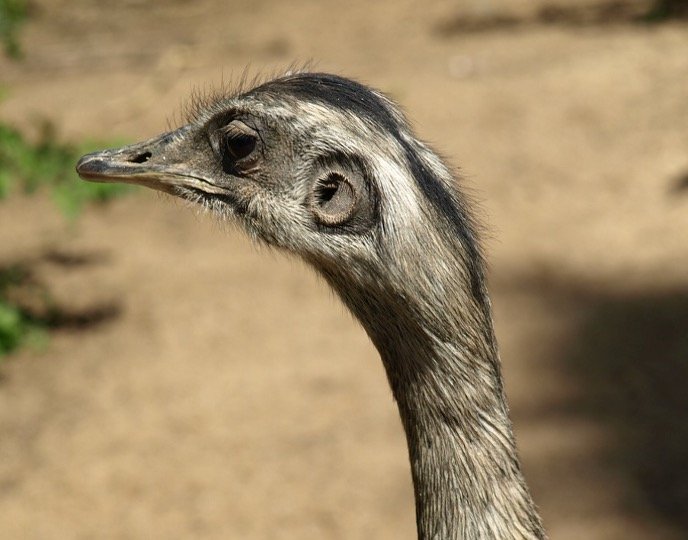 What do you call a bird’s ear?

There is no scientific term for a bird’s ear. The structure varies from mammalian ears in that there are no pinnae, or outer ear structures. They do, however, have an exterior ear, as well as a middle and inner ear.

The outer ear is just a tube that connects to the eardrum. An auricular is a complex collection of feathers that protects the ear from air turbulence and particles while also funnelling sound into the ear from across the bird’s head.

These are not to be confused with ear tufts, which may be seen projecting from the Great Horned owl’s head. Despite their resemblance to ears, they are utilized for concealment and communication rather than hearing.

Birdsong is analogous to human music in that it has inspired many pieces of music, poetry, novels, and works of art. Some bird species have incredible musical ability and love to sing – a songbird may sing 1,000 to 2,500 times each day!

Parrots are a common sight on social media, bopping, dancing, and nodding along to music – and they seem to be having a good time. As such, birds certainly seem like musical animals, but do they really like music?

Birds are excellent listeners and seem to comprehend music, according to studies. After all, birdsong has the same musical features as human music, such as pitch, tone, timbre, and rhythm.

There is some evidence that birds understand music; one notable study in 1984 discovered that pigeons could distinguish between Bach and Stravinsky, and in 2012, researchers discovered that birds had auditory brain structures similar to humans, implying that they may be able to understand the same characteristics of music as we do.

Further research found that birds and humans possess some of the same complicated brain architecture, despite our shared ancestors being 320 million years old. Perhaps most intriguing is that researchers have discovered that birds love their birdsongs in the same manner that we like our own music.

This demonstrates that birds sing not just for courting, identifying their territory, or communicating, but also because they love it. 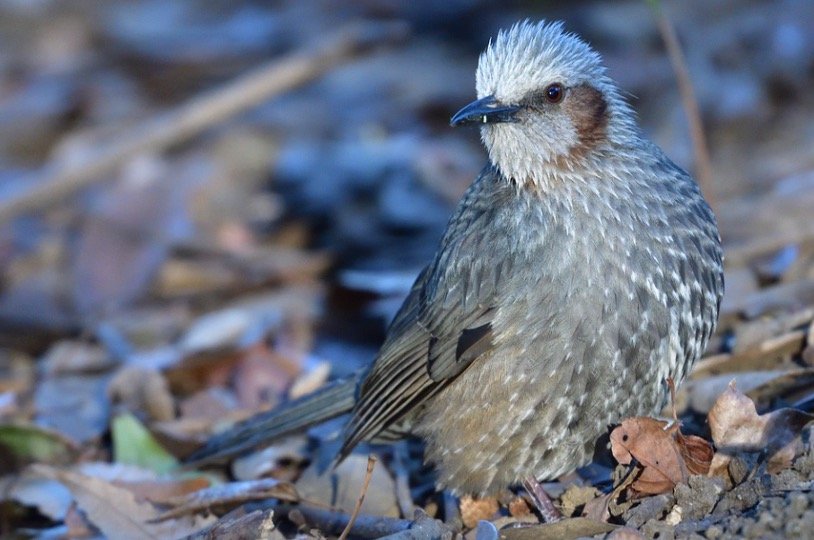 The simple answer is that certain birds seem to ‘like’ music in the same way that people do, and they may sing their intricate songs not just for courting, mating, and communication, but also simply for enjoyment. Humans and birds have a lot in common when it comes to music!

Why do birds sing?

A wide range of birds sing. Some, such as the Sedge Warbler and Brown Thrasher, can sing hundreds of songs. Darwin was attracted by the melodic characteristics of birdsong, which he chronicled in The Voyage of the Beagle (1839) and On the Origin of Species (1859).

He hypothesized that birdsong developed to help birds communicate and survive, but the fact that it evolved with such complexity continues to perplex scientists today. We now know that Darwin was almost correct.

For starters, birdsong is used to attract a partner, and certain birds are picked because their songs are better than others. Birds sing to signal their presence in their region as well.

As previously said, birds do not need to require a reason to sing – they sing because they like singing, just as anybody who can sing as well as a songbird does! 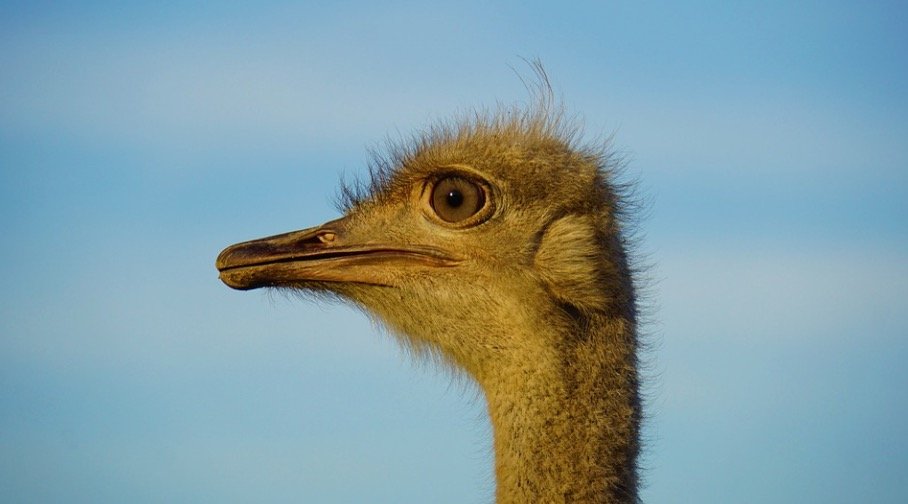 Some foraging birds, such as Robins and blackbirds, have been seen detecting moving invertebrates under the soil before they can see them. They also use their beak to probe the earth, which allows them to sense vibrations under the dirt.

Bird hearing is normally most acute at close ranges, which is why birds must come very near to the ground to hear these kinds of noises – after all, the sound of an earthworm moving in the soil is incredibly low.

There is some evidence that birds can recognize and identify people based on their sounds as well as their physical appearance. When a human voice gets known to them, some birds can tell it apart from other humans whose sounds they do not recognize.

While many songbirds and parrots are good at imitating human speech and can learn and repeat phrases offered to them, others, such as the Mynah bird, can actually compose their own unique sentences using words and phrases they learn.

In certain ways, they can be trained to communicate in a manner comparable to humans, however they will almost certainly lack any mental comprehension of what the words truly mean. Even birds that cannot replicate other sounds have intricate cries and communication systems.

Bird communication is among the most intricate of all animal communication, the consequence of millions of years of development. Birdsong, mimicry, and bird communication continue to fascinate academics today, and there is still much to discover.

Can you see a bird’s ear?

Auriculas, or protecting feathers, cover the bird’s ears. These shield the bird’s ear not just from dust and other particles, but also from air turbulence as it flies. A bird’s ear would resemble a hole – or tunnel – if an auricular were pushed back.

Birds don’t have an outside ear like humans, so image a human ear without the external ear component – you’d simply have a hole!

Do birds fart? All you need to know