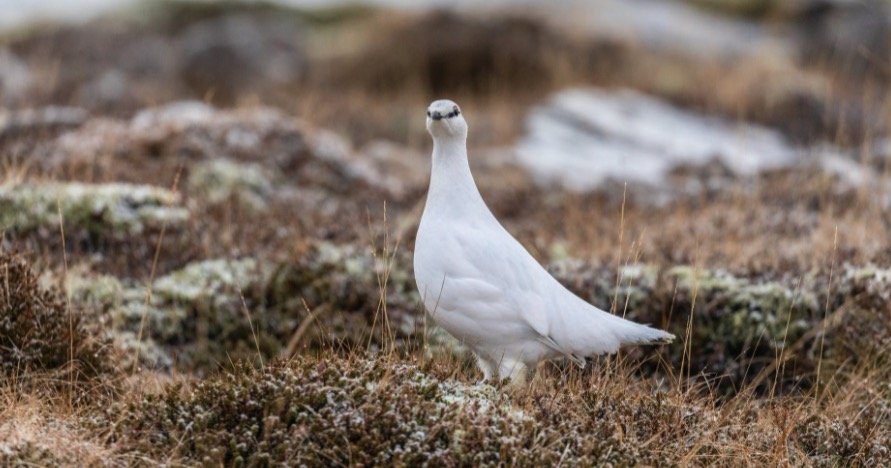 What is Alaska State Bird?

Alaska is not only the most northern and western state, but it is also by far the biggest in terms of land area. Although it is a large state, its population is little over 700,000 people, ranking it as the 48th most populated state in the United States. The moose is Alaska’s official mammal, but what is the official Alaska State bird?

In 1960, the willow ptarmigan (Lagopus lagopus) was designated as Alaska’s official bird. In a way. Alaska picked its national bird in 1955, although it was not even a state at the time. The willow ptarmigan was upgraded to state bird status when it became a state in 1960. 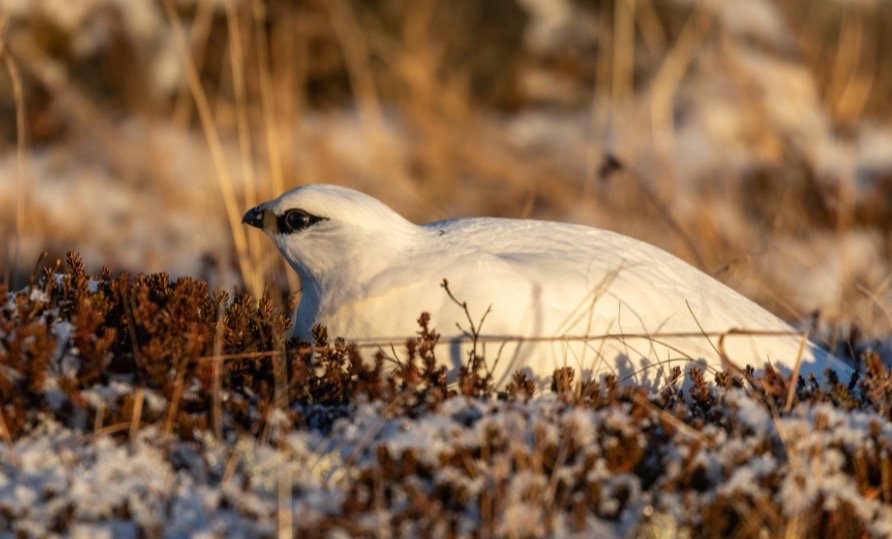 Alaska’s official bird is the willow ptarmigan. Owing to its clever use of camouflage as predator defence. The state’s residents were astounded by its creativity in altering its plumage from light brown in the summer to pure white in the wintertime. 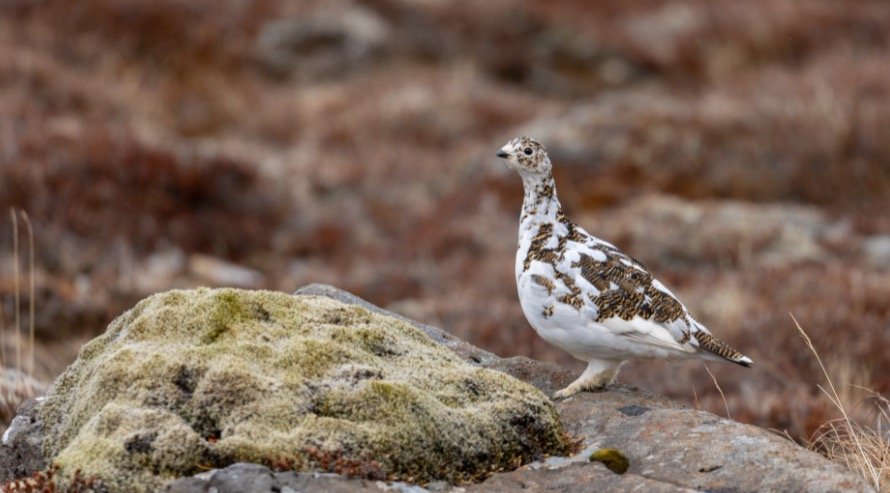 This arctic grouse from Alaska resembled a chicken. The willow ptarmigan has a stocky body and a short tail. It even has feathers on its legs and toes. As previously said, it changes colour throughout the year.

In the summer, the male is reddish-brown with a white stomach and wings, whilst the female is darker with mottling to her feathers. These birds moult twice a year, in the spring and autumn.

During the winter, both sexes of the bird change to a totally white coat, with just a few black tail feathers to distinguish them from the snow.

The Willow Ptarmigan is around 15 inches long from head to tail. Its wingspan ranges from 17 to 21 inches. These birds stand 11 to 14 inches tall and weigh 3 to 6 ounces, which is little more than typical songbirds. 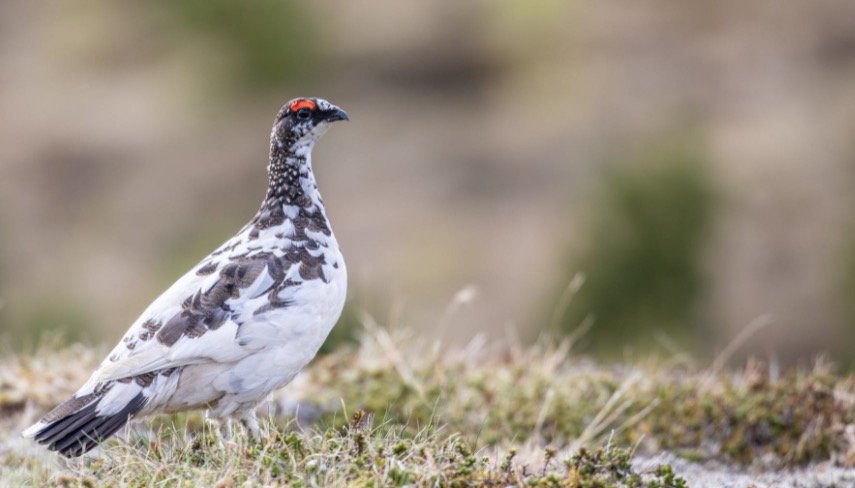 How do Alaska State Bird behave?

In the wilds of Alaska, the Willow Ptarmigan lives for around two years. It spends much of its time trying to escape death. In Alaska, which is primarily wilderness, the cycle of life is quite palpable. This grouse is preyed upon by a slew of predators, which it spends the most of its time evading.

Essentially, much of Alaska’s fauna wants to eat this adorable little grouse, thus its clever adaptation to entirely change its feathers twice a year. This migratory bird may be found in Canada and Alaska’s polar regions.

They like valleys and locations with lush vegetation. They do travel south during the winter, but only inside the state. These hardy birds stay in snowy areas and blend in with the surroundings.

They spend 80 percent of the winter concealed in a snow hole they build. When the situation calls for it, the Willow ptarmigan may be rather chatty. Their vocalisations are generally low-pitched and employ guttural inflections.

The male produces barking and rattling noises when courting and mating. These expressive birds have a laugh that sounds similar to a human giggle. They make clucking noises in response to numerous stimuli and will expostulate if given the chance. 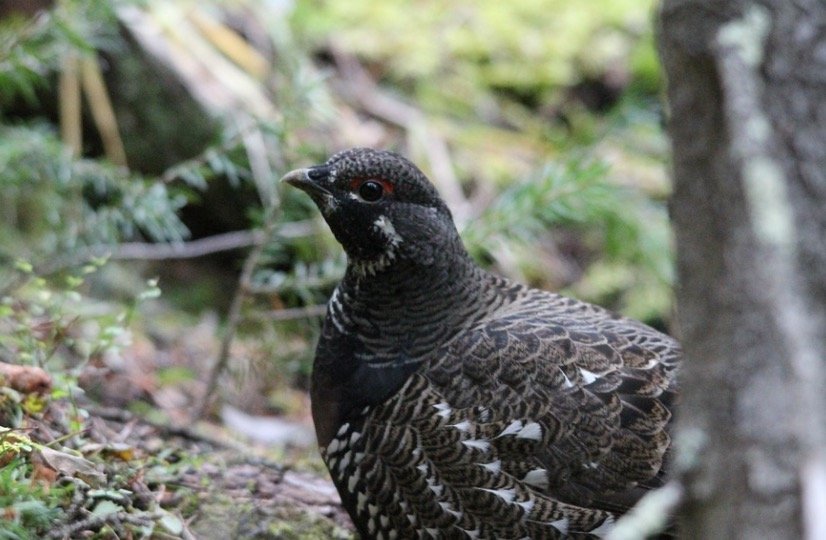 After the mating season is through, these departing birds form flocks. Part of this is for survival, since flying as a flock makes it easier to avoid predators. During the breeding season, though, it is all about having a family and raising it.

Serial monogamy and polygyny are practised by the bird. They create pair attachments (coupling) that only persist for the mating season. The next year, they form a fresh bond and breed with a different bird.

The birds have an elaborate mating ritual. It all starts in April and May, when the species’ males create and aggressively defend their mating territories. When females arrive a few weeks later, the male starts wooing his preferred partner.

He may show his machismo to a few females by strutting, performing aerial acrobatics, and tail-fanning, but numerous males may execute similar mating rituals for all females. The female Willow Ptarmigan picks her spouse from among the males and the location of their nest.

The female lays six to ten eggs throughout each breeding session. The eggs’ incubation period for 21 to 22 days, whereas the male guards the female bird. While their chicks are born fully grown, the newborns need a great deal of attention.

They can leave the nest with their parents the day they are born, but they require months of guidance before they can survive alone in Alaska. They do not achieve independence until they are five to seven months old.

They will stay with their parents until that time. Before they achieve freedom, they go through a period of migration. When it is time to migrate to a lower altitude, the men and females split off. Typically, the children accompany their female parent.

Females and chicks may travel up to 100 kilometres from the breeding grounds to spend the winter in the hills or a forested valley. The male flock does not go as far. If the female dies before migration, there is an exception. In these situations, the male bird assumes the role of both parents in caring for the chicks.

What do Willow Ptarmigans eat?

The arctic grouse is a morning forager who also eats in the afternoon. They move silently over the ground, nibbling on berries, plants, and insects. They feed all day in the heat of summer. The nutrition of the willow ptarmigan varies depending on the season.

From October through March, their preferred foods are dwarf birch and crowberry catkins and buds. When April arrives, the birds supplement their diet with overwintered fruit.