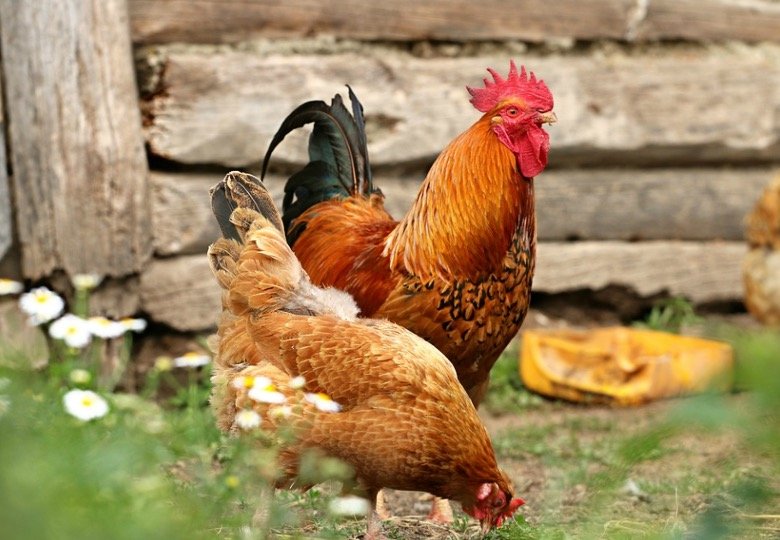 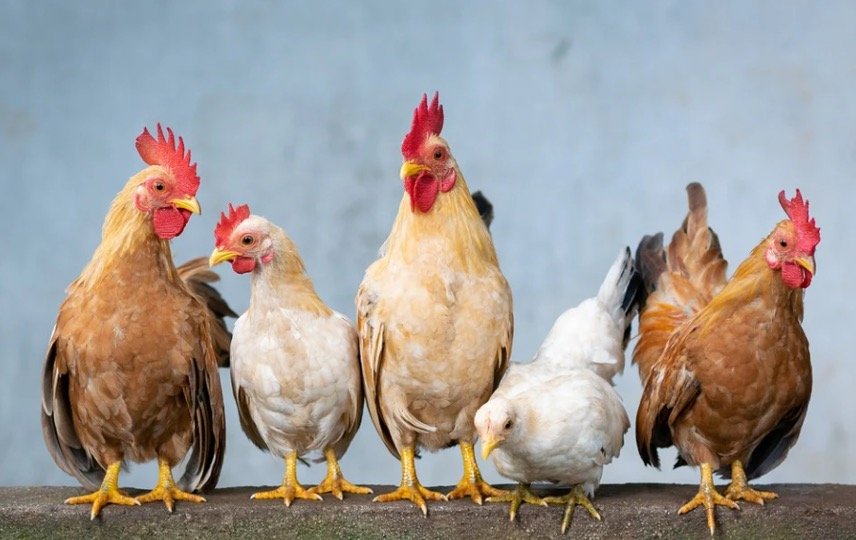 Chicken is widely used by humans for several purposes. Around 50 million chickens are processed per year. The birds are found in a wide variety that differs in their size, and physical appearance. The species is thus classified into hundreds of breeds. The majority of chicken is produced in industrial farms but some persons domesticate them for other purposes.

• Prolific egg layers- A long period of daylight stimulate egg production in chickens. However artificial lighting is used for year-round egg-laying in industries.

• Pecking orders- some strict social hierarchies are called pecking orders, which are followed by chickens. The access to food and other resources depends on these pecking orders.

• Eggs before meat- primarily humans use eggs of these animals and their meat was considered a by-product. However, after the 20th century, the trend changed.

• Factory farmed- factory farms produce around 74%of eggs today. During the 1920s the farms were started in Great Britain and they get population in the U.S after World War II.

• Flying isn’t their strong suit- however, chickens have wings but still, they are not good flyers and not known for their flying skills. They can only fly for a small distance and usually, they do this when they are in danger.

• One big bird- the weight of the largest chicken in the world is around 16.5 pounds and the height of the bird is similar to a toddler. 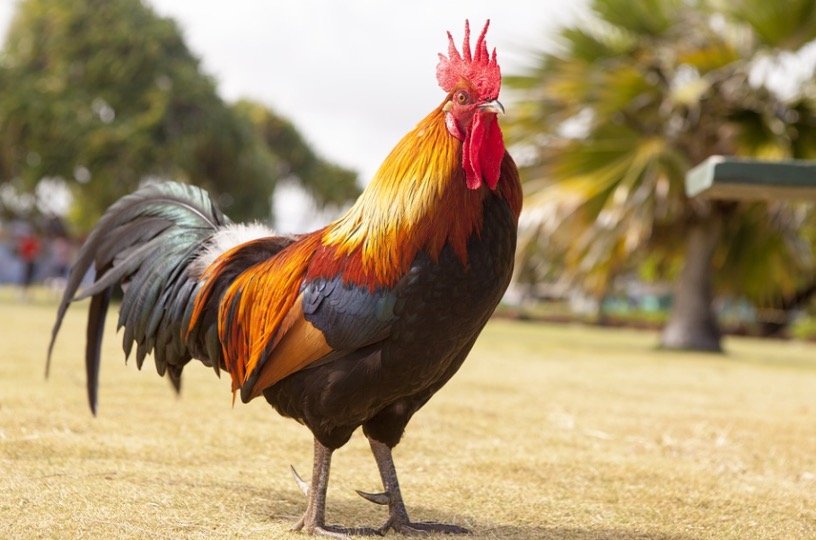 Chicken belongs to kingdom Animalia they are included in phylum chordate, class Aves, order Galliformes, and the family Phasianidae. The genus name of chicken is Gallus which includes the common chicken.

However their scientific name is a subject of debate among some popular scientists the chicken is a domesticated type of wild red jungle fowl, some others categorize the birds as a subspecies of some fowl, which has the domestic name G. gallus domestics G. domesticus was considered as the scientific name of chicken by USDA.

All chickens belong to the same taxonomical hierarchy. The chicken was known as domestic fowl or fowl originally. Still, we are using the terms hens and chickens for these birds, but the term chicken is used for young domesticated fowl in other classifications.

Based on their age and gender, various names are given to chickens. The word cock is usually used for mature males in UK & Ireland and other countries such as the United States, Australia Canada, and New Zealand, they are called roosters.

Cockerels are the common name for immature males and immature females are called pullets. Some chickens that are domesticated for their meat are named capons. The bird is named yard bird in the deep south of the US. 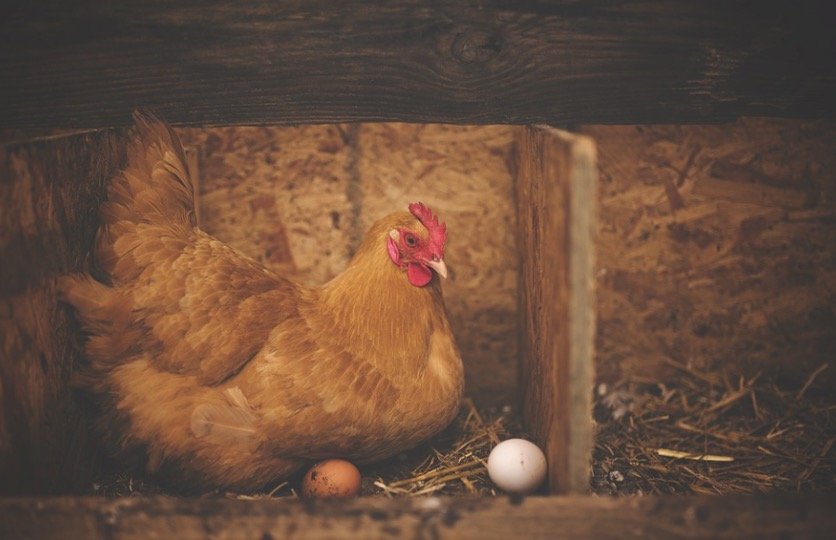 Appearance and Behaviour of Chicken

Hundreds of chicken breeds are classified into different breeds. Based on their characteristic features. The birds are separated from each other. Some criteria of classification are their size, skin color, place of origin, plumage color, comb type, number of toes, the color of eggs, and feathering.

However, the bird appears rounded and squat bird but usually, their height is around 27.6 inches and their weight is around 5.7 pounds. On top of their heads, fleshy combs are present in both males’ and females’ wattles are other fleshy protuberances that occur below their bills and are collectively called caruncles.

The neck is decorated by shiny hackles their tail is usually high and arched shaped. The length of their tail can be up to 12 inches. Chickens are very social organisms and they live in flocks.

They are very curasive and intelligent and develop social hierarchies, which are also called pecking orders. The access to food, mate and nesting sites is determined by these pecking orders.

Usually, a male dominates over some subdominant males and two or more females and the male closely watches over them. The dominant male or other high-ranking bird can strike out other birds with its beak. When they confront males use their wings and claws to pummel at each other.

The communication is done by various calls produced by chickens. For example, roosters use rooster crows to said territorial signals. The hens cluck after laying eggs and hesitate to summon their chicks.

Chicken also uses several warning calls to communicate and warn each other about any danger. The danger can be coming from land or overhead.

Habitat of the Chicken

The wild red jungle fowl is believed from where chickens are originated. Possibly the birds can be seen in some regions of India and Southeastern Asia. It is believed that the birds were first domesticated around 7500 years ago.

Probably the reasons behind their domestication can be religious or entertainment purposes, such as cockfighting, which is now illegal in several countries. Most chickens are now living in captivity and a farm setting is their usual habitat.

However, the birds can be found in two habitats in wild primarily. The habitats include canopies and shrubs as their feeding areas and lower tree branches as roosting sites that are generally used at night.

The same dual habitat is also required for them in captivity, which is fulfilled with a fenced-in outdoor area and a chicken loop.

In the wild, chickens feed on the opportunity. Generally, they scratch their beak on the ground for foraging for food such as insects, seeds, fruits, and vegetables. Some large animals are also consumed by them such as lizards, snakes, and mice. However, chicken feed is provided to the chickens in captivity, which is included grains and their byproducts.

Threats and Predators of Chicken

Industrial farming emerged as the biggest threat to chickens all over the world. Every year, 50 billion chickens are used like meat by humans and some for eggs.

The large production of eggs and chickens is done by mass farming practices. Several diseases are also major threats for chickens. Salmonella is harbored in their dander and feces.

Their meat may also contain deadly bacteria thus a person should cook their meat for 165 degrees Fahrenheit. Chickens also have many predators that prey on these birds. 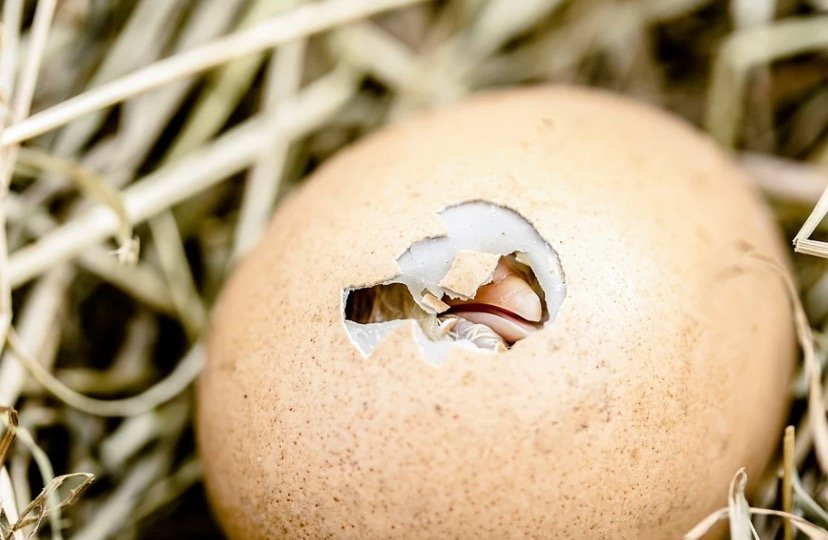 Reproduction, Babies, and Lifespan of a Chicken

The birds are also called “the bird that gives birth every day” in Ancient Egypt. They are named because they can lay around 300 eggs in a year. The roosters also show courtship rituals and perform dances by pointing the female by its lowered wing to attract female formate.

Usually, the court during summer and spring. If the female accepts the male, she crouches down and they start mating for the point. Every time hens prefer to lay their eggs in the same location.

Sometimes they lay their eggs in their nests when they have existing eggs and sometimes they move eggs from a neighboring nest on their own. A clutch of their eggs is completed by 12 eggs when the clutch completes the incubation started by the females.

Thus all the eggs hatch around the same time instead they were laid at different times. The hen becomes tense when she stops laying eggs. To protect her eggs, she sits on her nest and turns them regularly with leaving them alone.

The eggs hatch at the same time. When the hen sees the chicks peeping inside the eggs, she clucks. After that, the chicks try to peck out the breathing holes with their egg tooth. They gest nourishment by the yolk and when the original hole becomes enlarged, they break out from the egg.

The chicks live in the nests for two days and the hen takes care of them for several weeks until they become large enough. After that, the hen stops feeding them but still leads them in getting food and water.

The process of egg-laying starts 23 to 26 hours after ovulation. If the hens are prolific egg layers, ovulation can start within an hour after laying an egg. Some breeds are capable to lay around 300 eggs in a year.

The development of chick occurs very fast and within 21 days the eggs hatched. The chicks take around four to five weeks to become fully feathered.

The male chicken reaches sexual maturity at the age of six months and the female also takes six months to produce eggs. The lifespan of a chicken is up to six to eight years in free-ranging flocks.

In industries, the birds lay an egg for two to three years after they are used for their meat and slaughtered. A hen named Matilda lives in Alabama is recorded as the oldest bird that lived for the age of 16 years, which is also recorded in the Guinness book of world records. 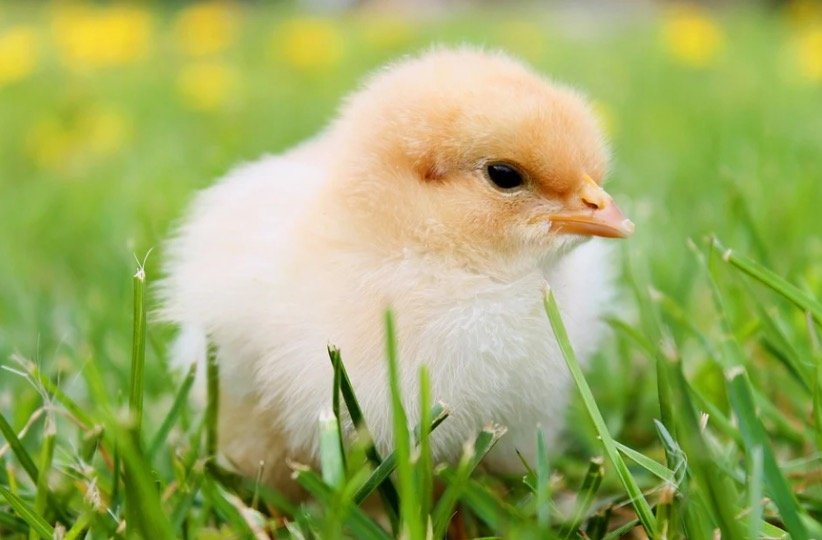 The estimated population of chickens is around 23.7 billion. In 2011, their population was 19 billion is all over the world after which, their population increases drastically. In industries. Around 50 billion chickens are domesticated for several uses such as for their meat and eggs.