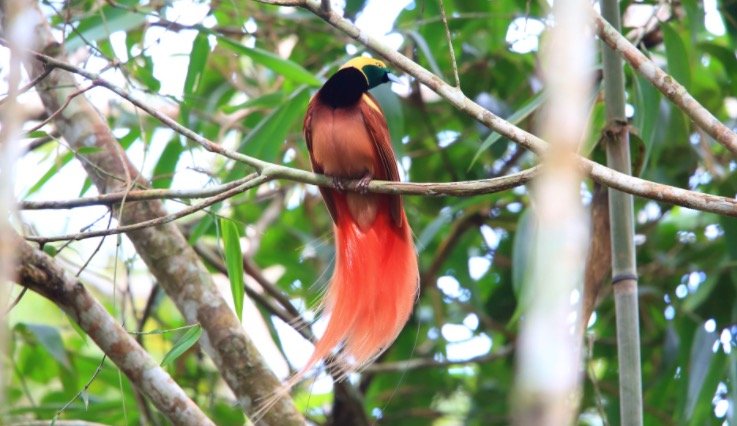 Bird of paradise is also spelled as a bird of paradise. The bird belongs to the family paradiseaeidae. Birds of paradise can be found in tropical forests in Australia and other surrounding islands.

The physical appearance of males differs from females that means they are sexually dimorphic. The color of females is muted and has short feathers while the males consist of long and brightly colored feathers.

Their feathers stream from their heads toils and beaks. The elaborated feathers were used by the bird of paradise to attract their mating partners by performing spectacular mating dances. 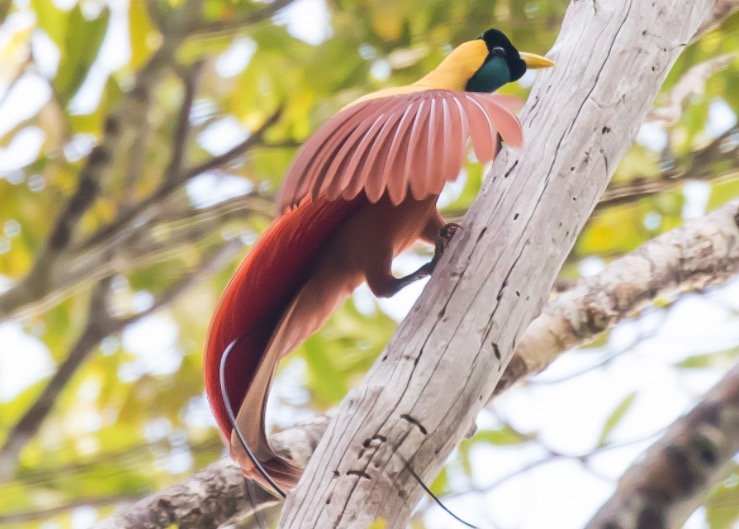 • In their habitats, the birds have great distributors. This is because the birds eat fruits and the seeds were not digested by them.

• During the 1500s, the specimens of birds of paradise were first brought to Europe. At first, it was thought that the birds were also known as “birds of god” in their native language and their name “bird of paradise” was also derived from this name.

Their common habitats include forests and jungles. Bird of paradise is usually not spotted in wild. These birds are elusive and also discourage several travelers while they visit some parts of their range.

However, several species of Bird of Paradise can be seen in zoos such as Port mores by a nature park and adventure park PNG in Papua, New Guinea that has a great collection of these species.

The zoos also provide the facility of walking through an aviary from where a person can see the animals by closer and feed those fruits. The birds fly around their rainforest habitats in these zoos.

The bird of paradise generally builds their nests in the fork of a tree. The nest was only built by females by the use of ferns, wins, and leaves. Females were not assisted by males while constructing a nest.

Bird of paradise belongs to family paradisacidea and superfamily conioidea. The birds belong to the kingdom Animalia phylum chordate and Aves (birds) class.

The common and scientific names of bird of paradise are-

Behavior, Size, and Appearance of Bird of Paradise

The size of the curl-crested bird is three times larger than the smallest species. A species named the black sicklebill consists of the longest tail.

The length of the tail is around 43 inches from its beak to tail-tip. As compared to females, the males have much brighter and longer feathers. The color of females is usually drab such as green, black, or brown.

The beaks of some species are long, thin, and curved. Usually, beaks are bigger in females than males. Some of the most entertaining and interesting facts about the birds are also present in birds of paradise. To attract females for mating and to get their attention, males go to great lengths.

Often a “dance floor”- a branch or a patch of ground is often cleared by them. They remove them by using leaves, twigs, and debris.

The real show begins after this. To attract females, the males dance rhythmically by holding their wings and tails at odd angles but it depends on the species.

Fruits are the major diet for all the species of bird of paradise. Their prey also includes insects and spiders and other arthropods. Some species also consume nectar and small vertebrates.

Bird of Paradise Predators and Threats

Loss of habitat is emerging as a major threat to these species. In some areas, they were also hunted by hunters that sell their beautiful feathers and used them to prepare ceremonial garb. However, the interesting fact is that hunting is now banned by birdwatching tourism.

What Eats the Bird?

The bird of paradise consists of several predators including snakes, owls, and hawks. The subdued color is found in young males and females thus it helps them to blend properly with the environment also helps them to avoid predation.

It is discussed above that the birds are well known for their mating dances that are much elaborated. The female builds its nest and lays one or two eggs if she chooses its male partner based on his dance.

The male birds do not help the females in raising their chicks. Some species of birds of paradise are monogamous which means they mate for life and live with a single partner while other species are engaged with lekking. It means that the males display and dance together in groups.

The female watches their dance and then chooses their male partner from the group. In each nesting season, the male dances with a different female.

In some cases, hybridization occurs in some places where the territories of the birds overlap. Due to hybridization, more variations are introduced in their appearance.

The bird of paradise is considered an elusive bird and its population is still unknown.