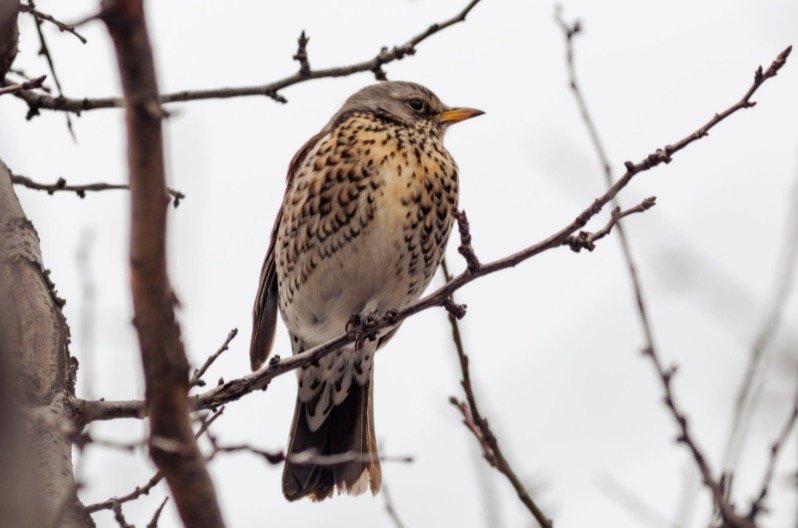 Vermont State Bird: All You Need To Know

Vermont is the sixth-smallest state in terms of land area and the second least populous state in the United States. The majority of Vermont’s terrain is coniferous woods and open plains ideal for agriculture. Vermont’s official animal is the Morgan Horse, but what is the state bird?

In 1941, Vermont designated the Hermit Thrush (Catharus guttatus) as its state bird. Except for winter, the state is home to the little, brown and cream bird with a patterned bib. It, like many migratory birds, goes south to avoid the severe winter temperatures and snow of northern states such as Vermont.

Why is the Hermit Thrush the state bird for Vermont?

Because some politicians preferred the crow or blue jay, nature organizations that backed the hermit thrush battled in front of them. Hermit Thrushes may be found across Vermont all year. 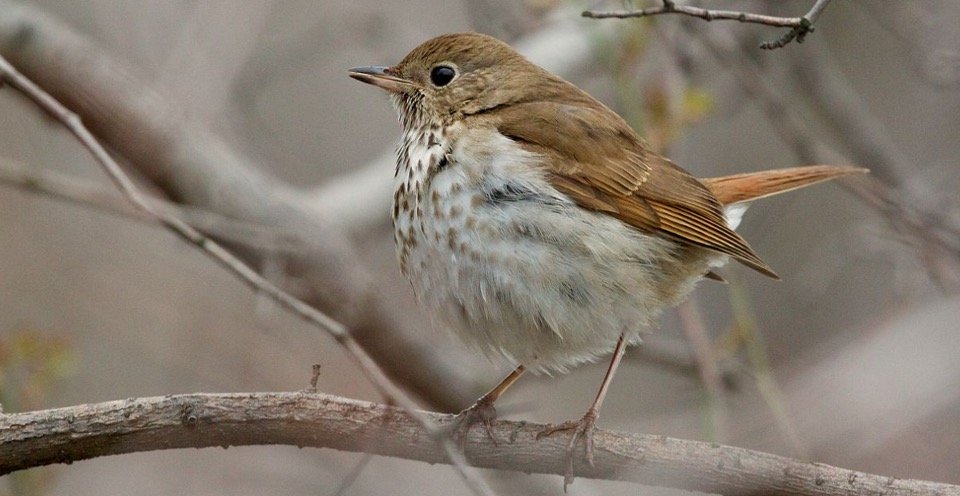 When did the Hermit Thrush become the state bird for Vermont?

On June 1, 1941, the Vermont legislature designated the hermit thrush as the state bird. The name of the bird was the first legislative act authorized by the state legislature during the 1941 session. Vermont has no state bird in common with any other state.

Hermit Thrushes have rust-coloured tails that contrast with their olive-brown to gray-brown bodies. Their sides are gray or buff, while their breast and neck are speckled. Take note of their distinguishing white eye-rings on their faces.

The brightest feathers on their body are provided by their rust-red tail, with red also showing in flying feathers. Both sexes reach a maximum length of 6.75 inches. These shorter, stockier thrushes may be considered the avian world’s bruisers.

They don’t weigh much more than most other birds, with a median weight range of 0.63 to 1.31 ounces. Their wingspan is around 11.5 inches. 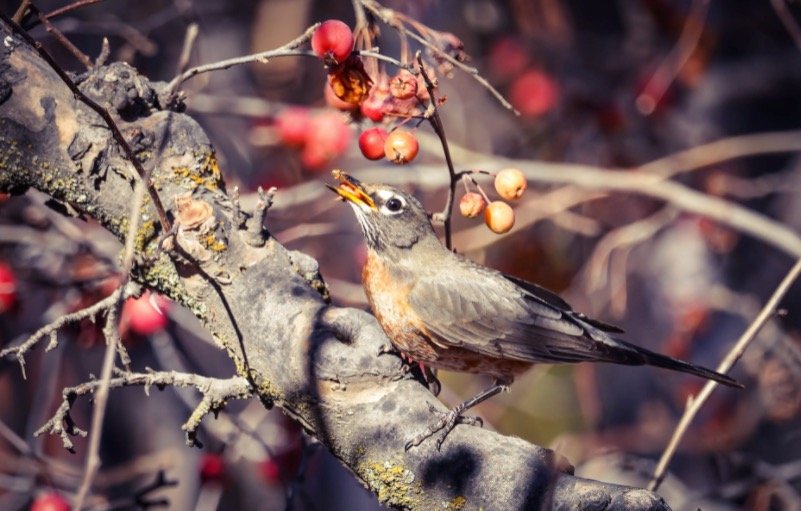 How do Hermit Thrush birds behave?

These birds like Vermont’s inner woodlands, particularly those near ponds. They travel to a warmer environment south of Pennsylvania in the late autumn. They have a highly territorial attitude, protecting both their breeding and wintering territories.

Wintering habitats for the bird include deep cover, woody vegetation, and berry-producing shrubs. The hermit thrush comes to Vermont in April, when spring arrives. The species’ male comes first, marking up mating territory.

These thrushes’ nesting season lasts from mid-May to mid-August. They usually only have one brood every nesting season. The male hermit thrush is a shrewd player. When the species’ female comes in the mating region, he acts hostilely for three or four days.

During this period, the male pursues the female in circular patterns. He then realizes it is time to settle down and accepts the female. The female, like many other bird species, is the family builder.

She constructs their cup nest in a tiny tree or on the ground. Many bird species prefer one or the other, but this thrush does both. The nest is skilfully hidden by the bird, which builds it from of twigs, ferns, bark strips, and mud. She lines it with natural, soft fabrics.

The hermit thrush, as its name suggests, is a solitary bird. However, these affectionate birds do establish pairs. They take family life extremely seriously, jointly rearing their kids. While the female is incubating the eggs, the male is in charge of food procurement.

The female lays three to five light blue eggs after the couple copulates. She incubates the eggs for 12 days, during which the male protects the nest and “shops” for food. He feeds the female throughout the weeks of copulation and incubation, since she is unable to leave the eggs alone.

When the male protects the nest, he picks a position with an excellent view of the nest and everything around it. He pursues any oncoming predator with vigour. Their chicks are born without feathers and with their eyes closed.

Three to four days after birth, their eyes open. The couple looks after their children jointly. At seven days, the youngsters acquire feathers, and at 12 days, they fledged, or learn to fly.

Until they are old enough to hunt and forage for themselves, the father bird hunts and forages for them, nourishing his brood. In the wild, members of the thrush family live an average of eight years and eight months. Other thrushes have survived for up to 13 years, but that is the upper limit.

What do Hermit Thrushes eat?

The food of the hermit thrush varies depending on the season and location. During the Vermont season, it feeds on insects and tiny invertebrates, but seldom on foliage. It saves money for migratory meals.

During the bulk of the year, this bird will eat ants, beetles, caterpillars, crickets, earthworms, grasshoppers, snails, and salamanders. During migration, the bird feeds on grapes, raspberries, pokeberries, elderberries, and serviceberries.

These birds feed on the ground most of the time. They flip leaves to reveal insects or feed in trees or other plants. You may attract them to your yard by playing on their dietary preferences.

Plant a berry shrub in your yard, or provide a bird feeder with suet, grapes, and raisins. Making a tiny brush pile might attract earthworms to your yard. You can attract at least a handful of these birds if you combine these tactics.