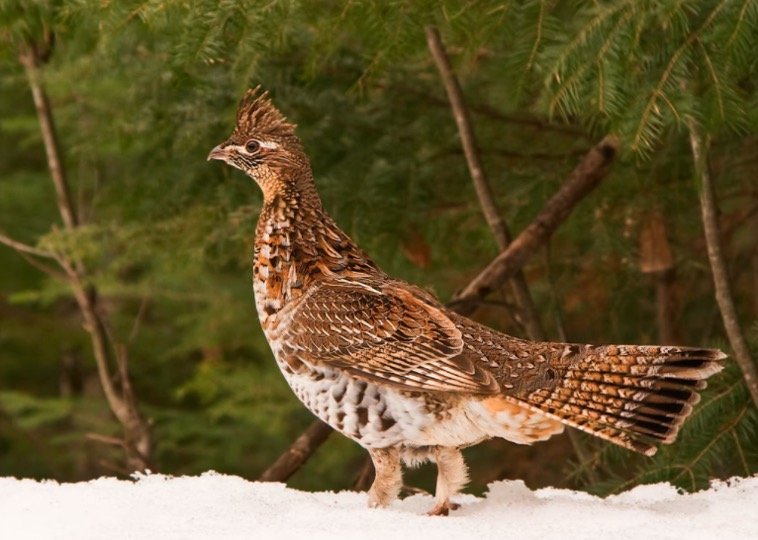 What is Pennsylvania State Bird?

Pennsylvania, formerly known as the Commonwealth of Pennsylvania, is one of the thirteen founding states. It is just the 33rd biggest state in terms of land area, yet it is the fifth most populated state in the nation. The White-tailed Deer is Pennsylvania’s state mammal, but what is the Pennsylvania state bird?

In 1931, the Ruffed Grouse (Bonasa umbellus) was selected Pennsylvania’s state bird. The grey and brown striped medium-sized bird is sometimes known as partridge, although it is not the same species as the Gray Partridge. 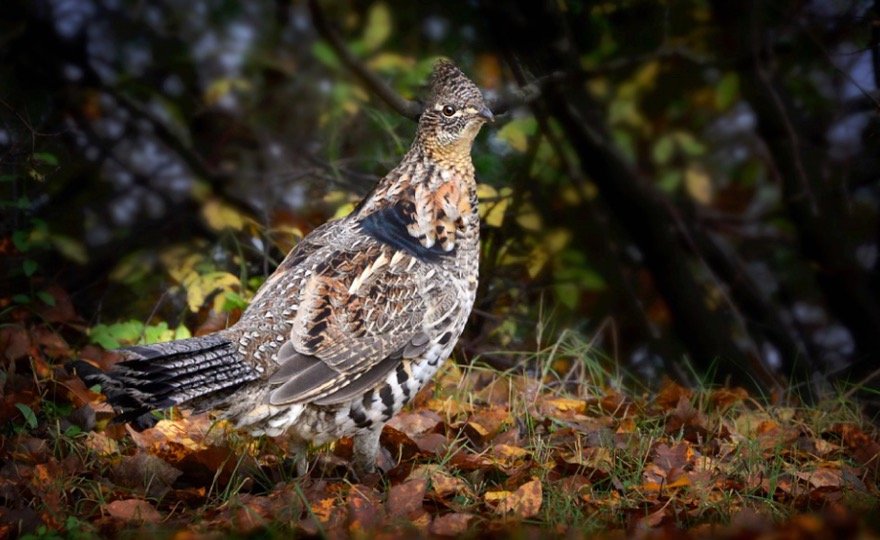 Pennsylvania has yet to designate an official state bird, according to the E-Reference Desk. Instead, In 1931, it named the Ruffed Grouse as the national game bird. The bird, which dwells in the state’s woodlands, was an important source of food for the state’s settlers. Mrs. Harry J. Shoemaker, the SFWC chairwoman for flowers and birds, championed the bird. 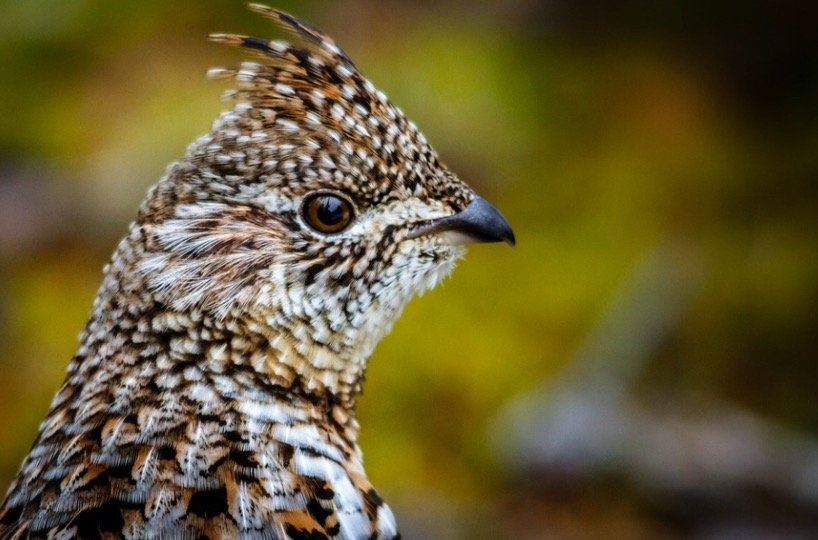 The length of the Ruffed Grouse is around 14 inches. This chicken-like medium-sized bird has a stocky physique and rounded wings. Both sexes of the bird have white breasts with brown and black chevrons and bars, as well as a grey or brown back, head, and neck.

They have black ruffs on the sides of their necks and a crest on top of their heads. These birds have a long, square-shaped grey or brown tail that is characterized with thin, light, and black bars and a large black subterminal band. 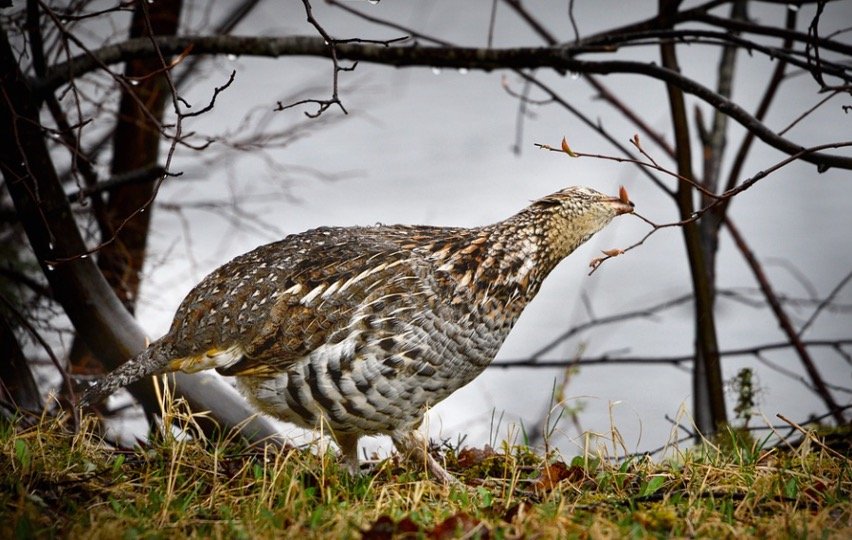 Ruffed Grouse in the northern part of their range make their habitats in forests, mixed-age groves of aspen, spruce, and birch. Farther in the south, grouse inhabit deciduous forests of oaks, hickories, and pines. In the Pacific Northwest, they can be found in riparian habitats.

Ruffed Grouse needs young stands of trees for cover and food. So, in the places where logging, burning, and other disturbances create early-successional forests their population is high. Populations of Ruffed Grouse are less in mature forests and agricultural land surrounded by small patches of woods.

What do Ruffed Grouse eat?

Ruffed Grouse are omnivores in nutrition. They feed on vegetation, including leaves, buds, and fruits of ferns, shrubs, and woody plants. In fall, soft fruits and acorns form an important part of the diet. Ruffed Grouse can digest foods high in cellulose. This characteristic helps them to survive in harsh winter conditions in the northern part of their range Here they feed on buds and twigs of aspen, birch, and willow.

In winter, birds in the south feed on leaves and fruit of greenbrier, mountain laurel, Christmas fern. Although only a small part of the diet constitutes insects and other invertebrates. 2 to 4 weeks old chicks depend on a protein-rich diet and adults need less amount of protein. 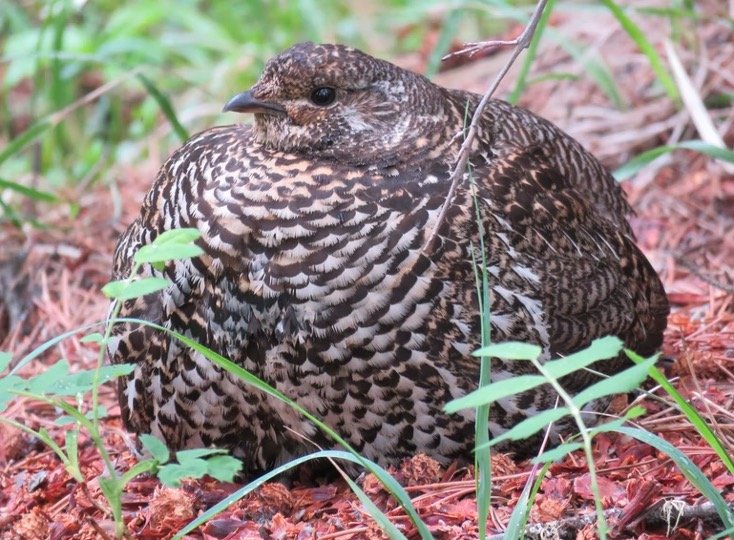 Where do Ruffed Grouse nest?

Ruffed Grouse nest on the ground. The female chooses the nest site at the base of a tree after mating. The stump or rock with thin ground cover is mostly chosen to give a clear vision of predators. The nest can also be made in brush piles, or the bases of partially open, hollowed-out stumps.

The nest is built in a simple way. They hollowed out a small depression in the leaves. It has 6 inches of boundary and is 3 inches deep. The female builds a bowl-shaped nest and lines with vegetation that she picks up from the edge of the nest site.

The ambiguous coloration and slow, deliberate movements of Ruffed Grouse prevent them from predators. Moreover, they forage on the forest floor or walk along the low branches of trees and shrubs to collect berries and buds. the grouse has a habit of burying themselves in snow for roosting.

This can surprise snowshoers or skiers when the birds erupt from beneath the surface. When displaying for females or defending territory, during the courtship period the male grouse displays the female by standing atop a log, rock, or low dirt mound with crest, ruff.

The male makes the tail erect. He puffs up his chest to nearly double its normal size and beats its wings to create a rapid-fire drumming sound. A drumming male triggers a response in a nearby male to defend his territory.

After a great display, the mating lasts only a few seconds. The females then go on their way to build a nest at the base of a tree. They raise the young on their own. However, the bird has a solitary habit but they can make small groups in fall or winter to find productive feeding spots. 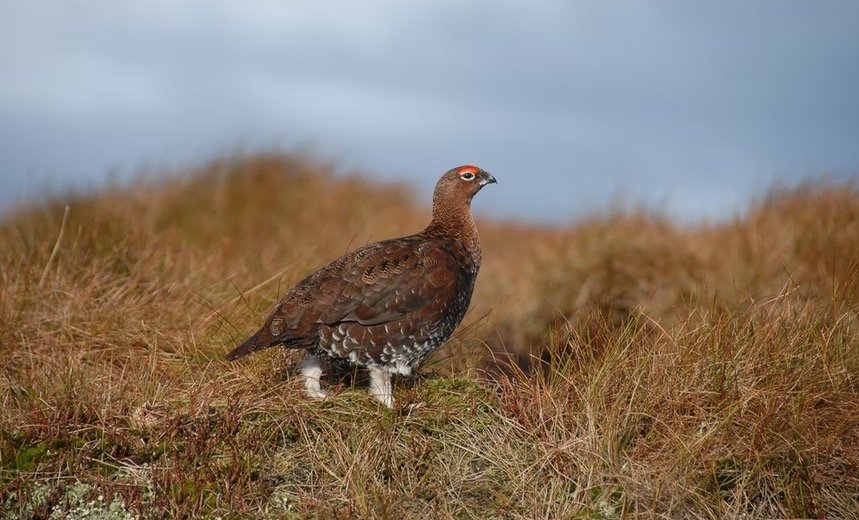 This hardy grouse lives over the harsh winters of North America, when other birds, such as pheasants, quail, and turkeys, die. The ruffed grouse lives in snowy areas with ground cover from late November to March.

This species’ male leads an extremely territorial life. They mate with one or two hens and spend their whole adult life guarding their six to ten-acre wooded habitat. The male frightens off prospective predators by drumming his wings — beating them against the air to create a vacuum – while standing on a log or huge rock. He does this all year, but the tempo picks up in the spring.

The female ruffed grouse finds a thicket inside her mate’s mating area, generally in the woods, to make her nest when summer starts in May. Favourite spots are next to a downed tree or behind a low shrub.

The female settles on a patch of ground where the wind has naturally placed a mound of dried leaves. The female ruffed grouse adds herbaceous plants and dry leaves to its beginning nest. She lays between five and twelve eggs when she is satisfied with the nest.

These little yellow eggs must be incubated, however unlike other bird species, the female ruffed grouse leaves the nest while the eggs are incubating. As a result, they are susceptible, and many predatory birds, such as the Crow and Raven, consume them as a delicacy.

If these birds approach the mother bird while she is at home, she will attack them. She will attack any intruder with her feet and wings, much as a hen would. The young birds may leave the nest with their parents as soon as the eggs hatch.

They follow their mother’s lead and begin flying lessons. By the age of one week, they can fly a few yards at a time, but not far enough to fly alone, so they accompany theirs in quest of food. When the young sleep at night, the mother bird covers them with her wings for safety and warmth.

If an adversary arrives while they are nursing, the mother will pretend injury in order to draw the predator’s attention to herself, allowing the infants to live. 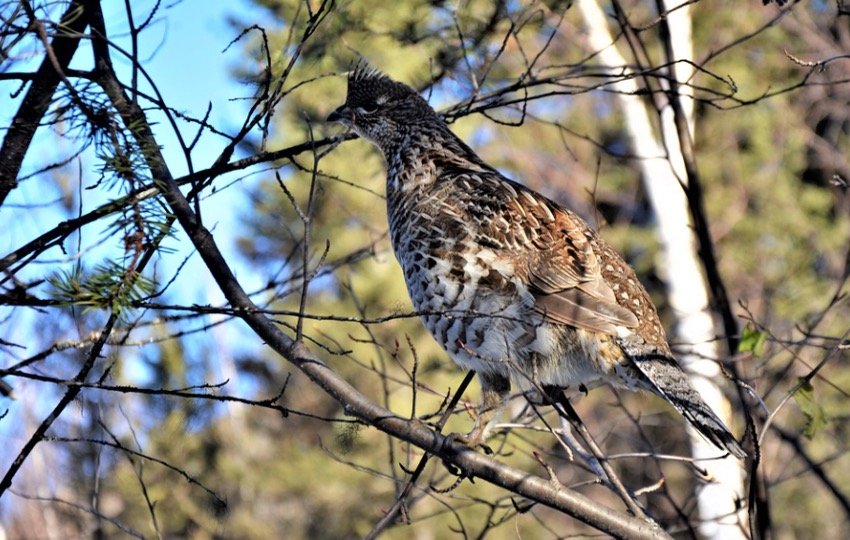 The Ruffed Grouse lives its whole life on this property, but will fly outside it in quest of food. These expeditions begin as autumn approaches in October, when food resources begin to deplete. The birds frequently fly in small groups of eight to ten birds across the Ohio and Susquehanna rivers.

Larger groups of birds – up to 15 – will sometimes fly to the other side of the river and spend one to two weeks in the neighbouring woods. Hunters typically target them during these mini-migrations. These birds often travel into Ohio, Kentucky, Illinois, or Indiana.

Aside from predatory birds that eat their eggs, man is the most dangerous enemy of these birds. While hawks, opossums, pole-cats, weasels, foxes, and raccoons all have natural predator relationships with the birds, humans have hunted them since before settlers arrived. 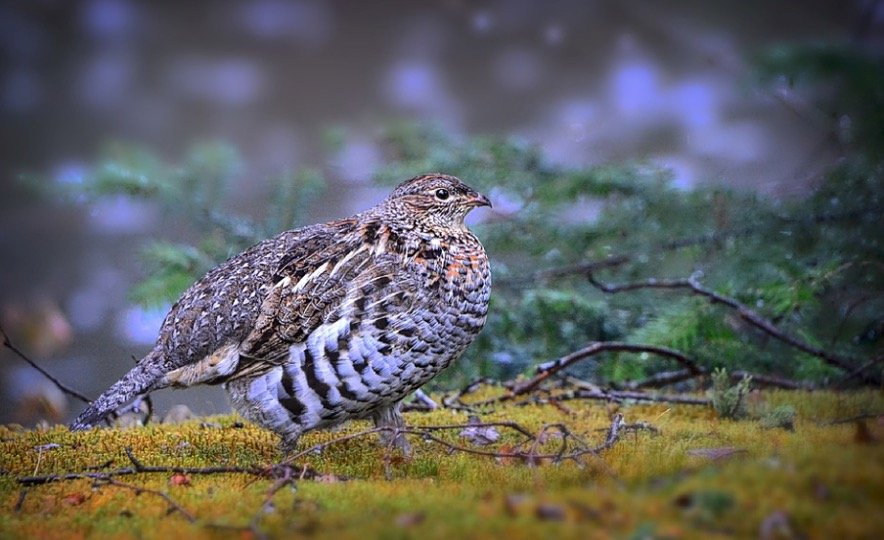 Conservation status shows that the species is of low Concern. Ruffed Grouse are fairly widespread. According to the North American Breeding Bird Survey, their population slightly decreased between 1966 and 2014. Partners in Flight estimates the global breeding population of grouse is 18 million, with 14% in the U.S. and 86% are found in Canada.

The species gets a score of 10 on the Continental Concern Score. Steep Decline by Partners in Flight lists it as a common bird. The grouse is immensely popular as a game bird that has led to controls on season length, bag limits, and area closures.

Many efforts are taken to improve habitat through management practices that encourage early successional forest. The Ruffed Grouse Society along with government agencies promotes grouse habitat through land purchases and targeted management.

Habitat for Ruffed Grouse needs mostly ground cover but this has decreased due to mature forest. The fire-control practices and limits on logging save the trees. The use of pesticides affects insect populations that in turn affects the chicks which depend on insects for protein supply.

What do Ruffed Grouse eat?

That fly to the opposite side of the river allows them to continue eating a varied diet. Birds feed on fruits, insects, and green leaves of numerous plants and trees when there is no snow on the ground.

This grouse eats flesh in addition to insects; these birds also eats frogs, salamanders, and snakes. When it snows, the ruffed grouse changes its diet to that of a “flower-eater.” That is, it feeds on the catkins and buds of dormant blooming trees like filberts, ironwood, birches, cherries, and aspens.