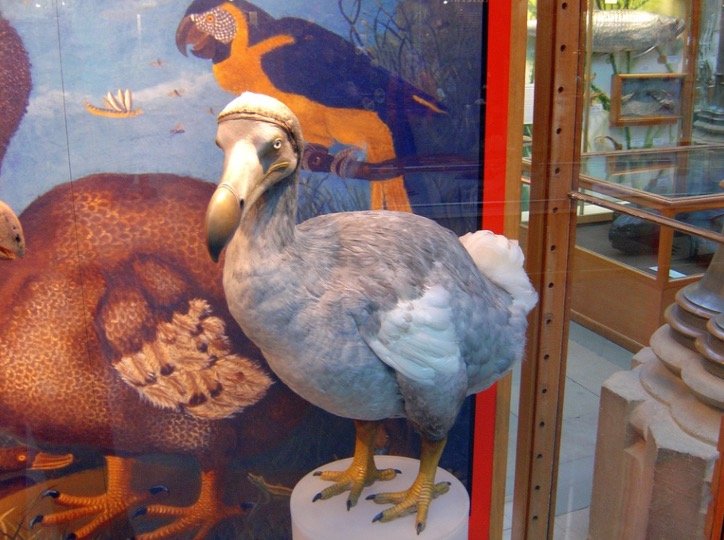 Dodo Bird Symbolism: All You Need To Know

The dodo bird, scientifically known as “Raphus cucullatus,” has long been associated with folly. The ill-fated dodo, discovered by settlers on the island of Mauritius in 1598, would go extinct barely eighty years later. The biology of the dodo bird, formerly thought to be a distant cousin of pigeons, is today shrouded in mystery.

Few surviving examples are in excellent condition, and artistic portrayals of these birds are regarded to be erroneous and overblown. In art, dodos are often shown as obese, ungainly, and clumsy creatures, like walking turkey dinners ready for the dinner table.

The few surviving examples indicate that wild dodos were far more slender and agile than this. Unfortunately, further information on the dodo bird’s characteristics has been lost to time. 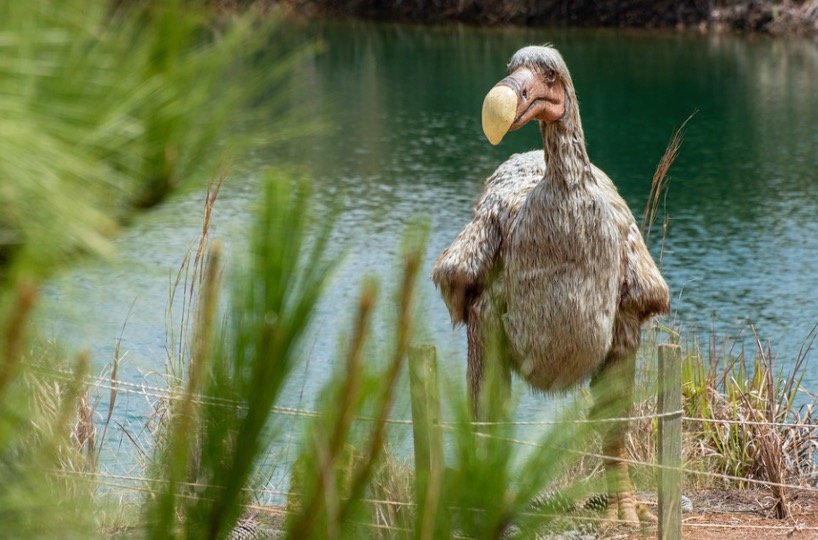 What we do know about the dodo bird is that it was called for its naive confidence in people. “Dodo” means “simpleton” in Portuguese. Settlers perceived this brazen ease in the presence of possible predators as a sign of folly.

As a result, the stupid dodo gained notoriety. Dodo birds, on the other hand, are much more than their ridiculous reputation. They are regularly connected with innocence and naiveté, as well as the perils of irresponsible overconsumption or hunting. Dodos are striking instances of what may happen when humans fail to maintain nature’s equilibrium.

The dodo bird, at the very least, has a significant role in this regard. Despite the fact that so much of the dodo’s history has been lost, the influence of these unusual birds is a lesson for the present and, for better or worse, a warning for the future of humanity’s connection with this planet and its species.

The dodo bird’s apparent metaphorical connotation is ignorance. Myths abound of dodos going down cliffs or into volcanoes, which are often thought too ludicrous to be true. Though it is considered that this reputation for stupidity is undeserved, the reality remains that dodos are inexorably associated to idiocy in the human mind.

Even if these birds were much sharper than their reputation suggests, portrayals of dodos frequently emphasize their exaggerated, clumsy characteristics and overall comical look. Dodo birds are frequently used to represent death, obsolescence, and extinction. This relationship is clearly a result of the dodo’s past.

Dodos are linked with extinction, since they became extinct within eighty years of being discovered by humans. In reality, the dodo’s suffering is used as a metaphor meaning becoming extinct or falling into oblivion.

Going “the way of the dodo” means ceasing to exist or be significant. The dodo’s symbolic relationship to extinction may also be proven through the dodo’s connection to conservation. Dodos may symbolize more than simply the plight of a dying species; they can also represent the optimism that mankind will learn from its errors and preserve nature’s richness.

Dodos are the ultimate example in this regard: an animal so pure and untainted by violence that it was wiped off from the globe in a single lifetime. This is a blunder that mankind cannot afford to repeat.

There were no human occupants in Mauritius when the Dutch first arrived. In many respects, the people who presently live on Mauritius regard the dodo bird as the genuine inhabitants of the island. Dodos are even represented on Mauritius’ banknotes. 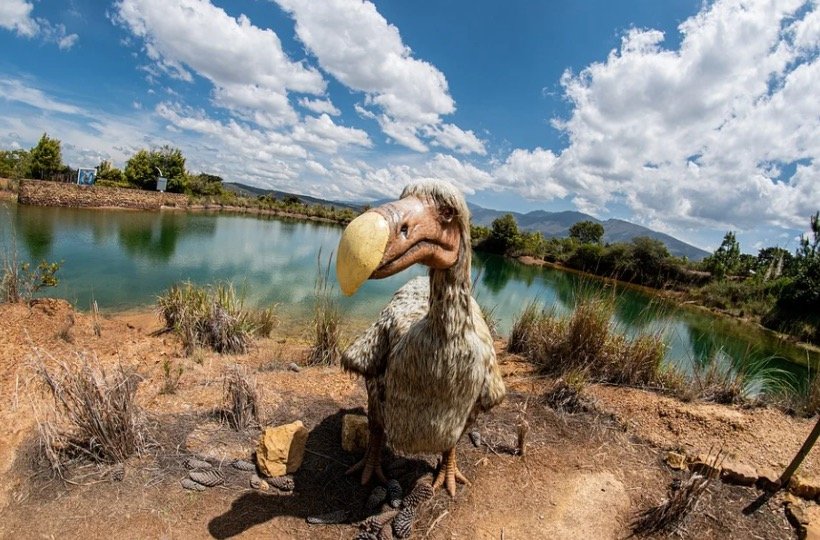 Dreaming about dodo birds may be a profound experience. These birds often appear as guiding powers, alerting us of danger and betrayal. Dodos seemed to trust people to the peril of their own life due to their naiveté and lack of knowledge with humans as predators.

Dreaming about dodos might imply that there is a threat in your life that you are not aware of. Dodos in dreams may serve as a reminder that, although trust is a virtue, a healthy degree of mistrust can go a long way toward ensuring your safety and happiness.

Dreaming about dodo birds might have a negative connotation in certain instances. Dodos may serve as a reminder to dreamers who are guarded and closed off that it is vital to open up and be vulnerable once in a while.

Dodos emphasize the contrast between defending oneself and isolating oneself. Dodo bird dreams may also indicate mystery. There is very little information available regarding the life of these extinct birds.

A dodo bird appearing in a dream may signify the frustration of knowledge that will always be out of reach for a dreamer who is afraid of the unknown. In the case of the dodos, this knowledge is limited to the past; whereas, for human dreamers, the mystery is often related to the unknown future.

Unfortunately, now that the dodo bird has become extinct, there is no way for anybody to come into contact with one. Despite this, there are a variety of methods to “encounter” dodos. A frequent meeting with photos or portrayals of dodos might be considered an “encounter.”

Such an experience may suggest that someone in your life is about to betray you. Dodo birds were misled by their trusting natures as well as a dearth of predators on their native island, which leaving them vulnerable. A dodo sighting might also indicate that it’s time to break a bad habit.

If something you’re used to doing has been holding you back, it may be time to let it go, “the way of the dodo.” Although extinction has a negative connotation, dodos may serve as a reminder that discarding outmoded items is a crucial component of development and progress.

Although the dodo bird’s demise was terrible, it is undeniably true that certain things must come to an end in order for constructive development and transformation to occur. A run-in with a dodo might also indicate that you’ve been ignoring your goofy side. Dodos may emerge in the presence of people who are bitter.

Our spirits deteriorate when we take ourselves too seriously. After all, laughter is the best medicine. Encountering a dodo may serve as a terrific reminder that there is no guilt, and in fact, quite a bit of benefit, in embracing foolishness.

Mythology of the Dodo Bird

Dodo birds have never been prominent figures in any culture’s legendary traditions, since they were not found until the end of the sixteenth century. Prior to its discovery by the Dutch in 1598, the island of Mauritius was totally deserted by humans.

Instead of being a sequence of old religious traditions, the mythology of dodo birds is a far more contemporary legacy of uncertainty and perplexity. For many years, dodo birds were thought to be mythical creatures.

When sailors came to Mauritius years after the last known dodo sighting in the late seventeenth century, the island was visibly absent of the gigantic flightless birds that had been described over a century before. The idea that an animal might become extinct was foreign to many, and as a consequence, many people concluded that dodos never existed at all.

Although we now know that dodos existed, this information did not emerge until the late nineteenth century, when naturalism and modern species taxonomy started to flourish.

The dodo bird is commonly misunderstood or underrated as a spirit animal. People who have this spirit animal may struggle with the idea that they are not being noticed in the manner that they would want to be viewed by others. The dodo spirit animal is kind and trustworthy.

The dodo bird is a dualistic totem animal. People whose totem animal is the dodo bird are prone to inertia and habit. They do, however, go through stages of development and regeneration. The dodo totem, like the dodo spirit animal, is often misinterpreted.

People with the dodo totem animal are cryptic, elusive, and cautious, in contrast to the dodo’s appearance. Individuals with this totem prefer to take their time examining events before making a decision. In this sense, the dodo totem animal’s instinct is to “see before you jump.”

People who have the dodo as their totem animal have a strong attachment to their ancestors and family history. A person with the dodo totem will nearly always like to be surrounded by a huge family that spans several generations.

Dodo Bird is a Powerful Animal

The dodo bird, as a power animal, has tremendous spiritual strength. People who have the dodo bird as their power animal are steadfast in their resolve. This may sometimes push these people over the edge into bullish intransigence.

The dodo power animal provides the inner strength to be loyal to oneself. People who have the dodo as their power animal are unusually capable of enduring change and do not automatically form themselves into shapes that fit others.

A dodo bird tattoo is frequently associated with hilarity or foolishness. It may also serve as a symbolic reminder that a silly exterior can conceal a reservoir of inner strength. A dodo tattoo may indicate ageing and embracing all the implications of old age in certain circumstances.

Dodos are often associated with obsolescence. A dodo tattoo may also serve as a meaningful remembrance of home for someone from the island country of Mauritius.

Depending on how you look at it, the storey of the dodo is either ludicrous or heartbreaking. Most people thought the dodo was a doomed species, too foolish, too obese, and too clumsy to live for long. Perhaps the quick disappearance of the dodo bird lends credence to this theory.

For many others, though, the narrative of the dodo is one of humanity’s irresponsibility and the high cost of discovery. Would dodos have survived if humans had never visited the island of Mauritius? The solution, like so many other elements of the dodo bird, remains a mystery.

What we can be confident of is that the dodo bird no longer exists, and that the biodiversity of our planet will always be significantly diminished as a result. If there is nothing else we can learn from dodo birds, it should be evident that mankind has a duty to avoid such tragedies from happening again.

Without conservation measures, it is just a matter of time until other endangered species, such as California condors and black-footed ferrets, go extinct.