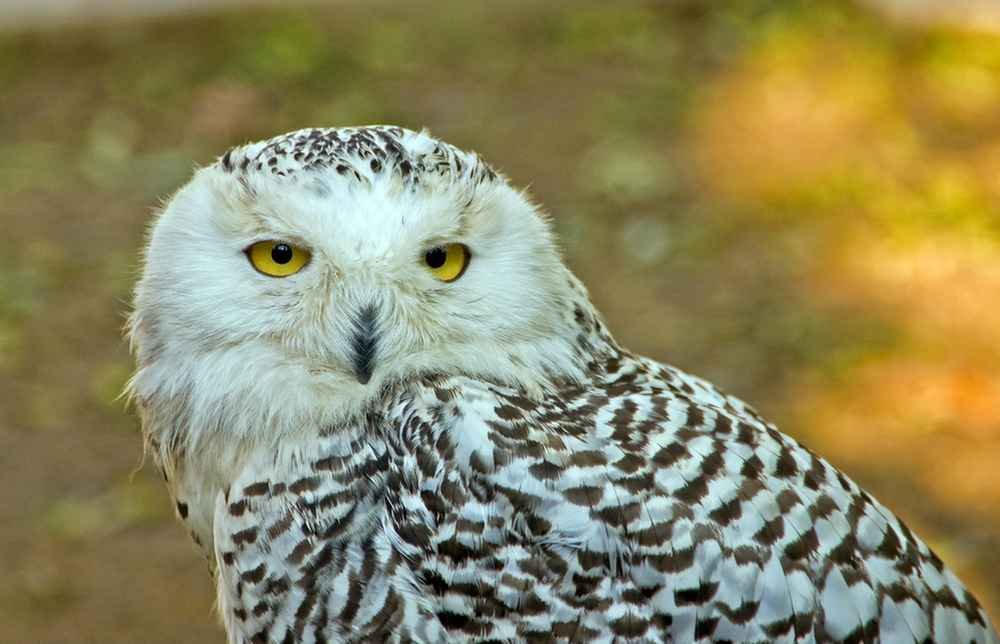 Owls are unable to digest a variety of materials, including bones, fur, teeth, and feathers. These indigestible particles are pushed together to form a pellet, which is then regurgitated by the owl before it consumes its next meal.

By analyzing the contents of owl pellets, we can gain a great deal of knowledge about those birds. Because the bones are excreted in their whole, you are able to determine with absolute certainty what an owl consumed in its most recent meal.

It does not all come out the back end; some of it comes through the front end, and we call the pellets that come out of the front end.

Before going out on a hunting trip, the owl will frequently poop and then throw a ball. The presence of owl pellets hinders the owl from ingesting fresh prey, hence the bird will frequently regurgitate or drop the pellet shortly before continuing its hunt. This is done so that the owl can swallow fresh prey. 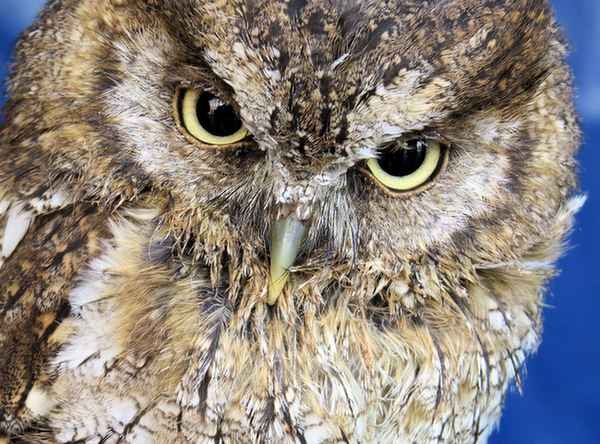 The digestive process of the owl is finished when the pellets are emptied out, at which point it can start eating again. The oval tablet remains in close proximity to the owl for ten to twelve hours, or until the animal is ready to eat once more.

Because the pellets they have stored partially block their digestive systems, they are unable to consume new prey until the pellets are eliminated from their system.

Because the pellet partially suppresses the owl’s digestive system, it prevents the owl from swallowing any additional prey until the hidden pellet has been expelled. This is how the owl is able to contain its prey. When an owl has more than one meal within the span of a few hours, the owl will mix the remnants of each meal into a pellet.

How Often Does An Owl Defecate?

Similar to the majority of other bird species, the frequency of an owl’s droppings is proportional to its size. When compared to larger birds, smaller birds have a greater propensity to defecate more frequently. The owl’s diet also has a significant influence; those that consume more food will do it more frequently.

After the owl has finished feeding itself, it takes many hours for the pellets to form. Multiple prey animals devoured over a small-time period are compacted into one pellet.

The pellet, once it has been created, has the potential to remain in the proventriculus for up to ten hours. The presence of the pellet in the owl’s digestive tract precludes the bird from ingesting any more prey at this time.

When an owl regurgitates its pellet, it indicates that it is ready to take another bite. One or two pellets are regurgitated by the owl each day.

The hue of the droppings produced by owls

Owl excrement like other birds faeces is white. The presence of uric acid in the urine is responsible for this whitewashing effect. The liquid expulsion contains genuine faeces, which can be identified by their droppings. Sometimes the faeces of barn owls are black, other times they are white and black in colour. 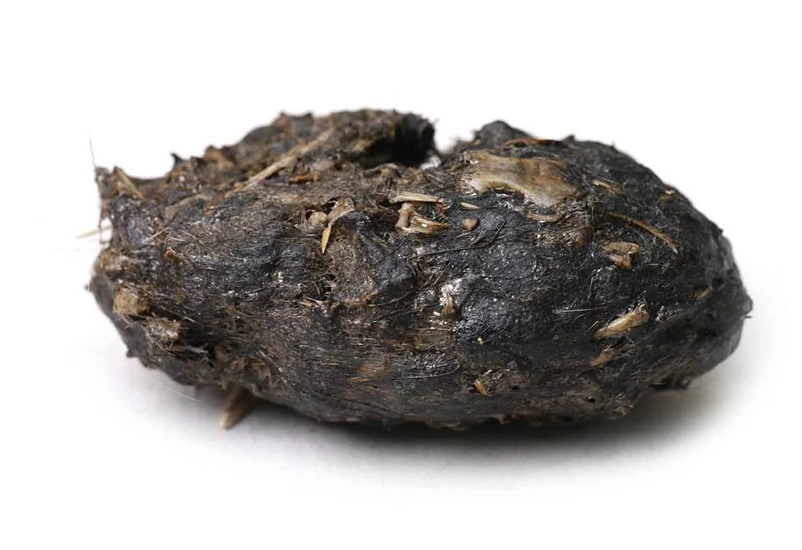 Because they consume their prey in its whole, owls have a digesting process that is distinct from other animals. The proventriculus contains enzymes, mucus, and acid, all of which contribute to the digestion of the meal. The soft, digestible part is separated from the indigestible bits by the gizzard, also known as the ventriculus.

After that, the soft components are sent to the small intestine, where they are absorbed into the circulation. The tough components are ground down into pellets in the gizzard, and these are regurgitated into the proventriculus. They remain in this position until the food has completed its journey through the oesophagus and then the beak and is ready to be regurgitated.

There are two different ways for an owl to eliminate its waste. The prey’s tender sections are digested and then expelled through the animal’s excretory hole, also known as its vent. In the shape of a pellet, the undigested portions of the prey are expelled through the beak of the owl after being regurgitated.

The faeces of owls, like the poop of most other birds, is white. This is due to uric acid, which has a smell and taste very similar to pee.

Pellets, despite their outward appearance, are not the same thing as faeces. They are the indigestible remains of food that has been regurgitated. They also do not have the excretory acids that are found in waste products such as faeces. Pellets are more like vomit. 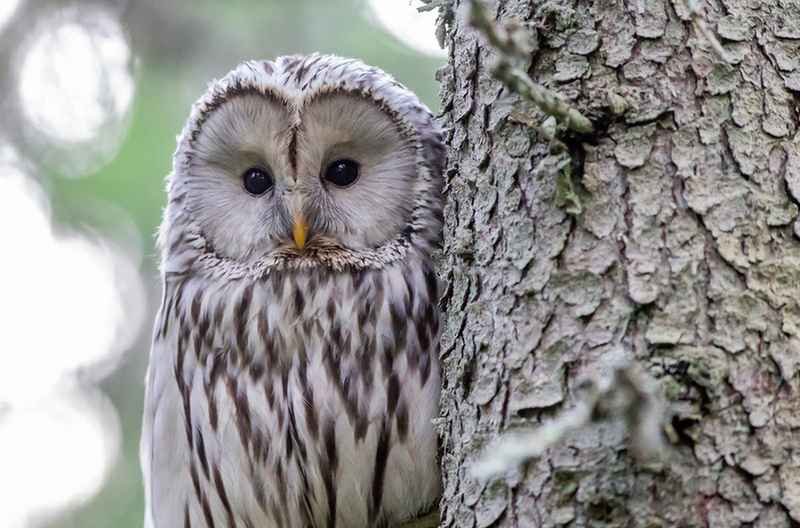 Yes. Because owl excrement is composed of the waste left over from the digestion of meat, it is going to have a putrid odour. In contrast, there is no discernible odour coming from pellets.

How Often do Owls Poop?

It is dependent on the kind of owl as well as the nutrition that they consume, but in general, owls defecate multiple times every day. Owls of a smaller size are going to have to defecate more frequently than larger owls.

How Often do Owls Regurgitate a Pellet?

Owls usually only regurgitate their pellets once a day. The pellets can be manufactured from the combined remains of several different animals into a single pellet. These can remain there for ten to twenty hours before being spewed out of the proventiculus. 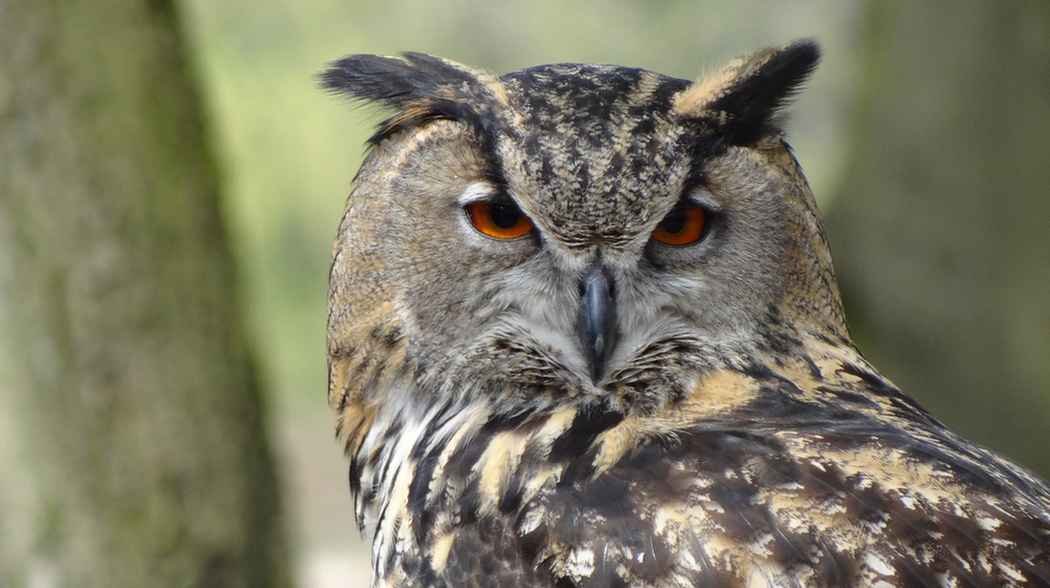 Are Owls Capable of Defecating While They Are in the Air?

Even while owls are able to defecate in flight, they typically do it just prior to taking off in order to reduce their body weight. Makes sense! Owls have a rapid metabolism and can process food in a short amount of time, which means that they will defecate whenever (and wherever) they feel the need to.

You may also like to read Can I Have An Owl As A Pet?