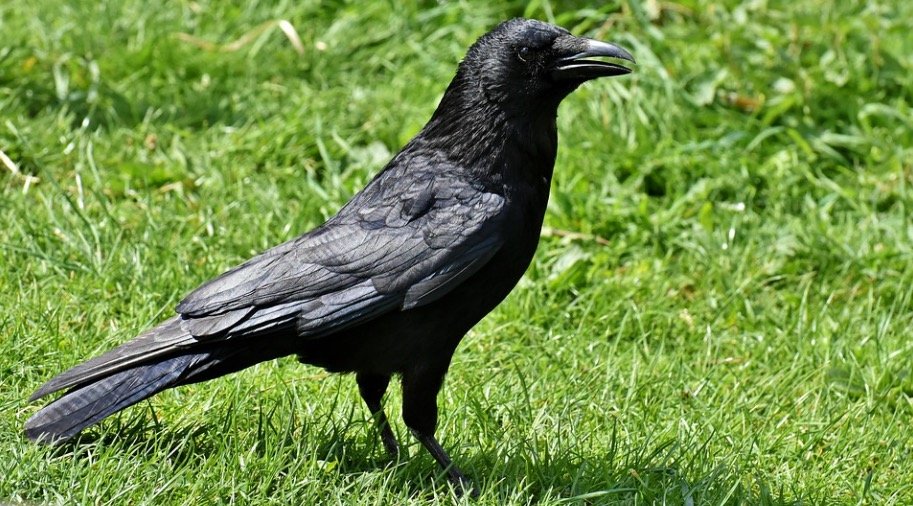 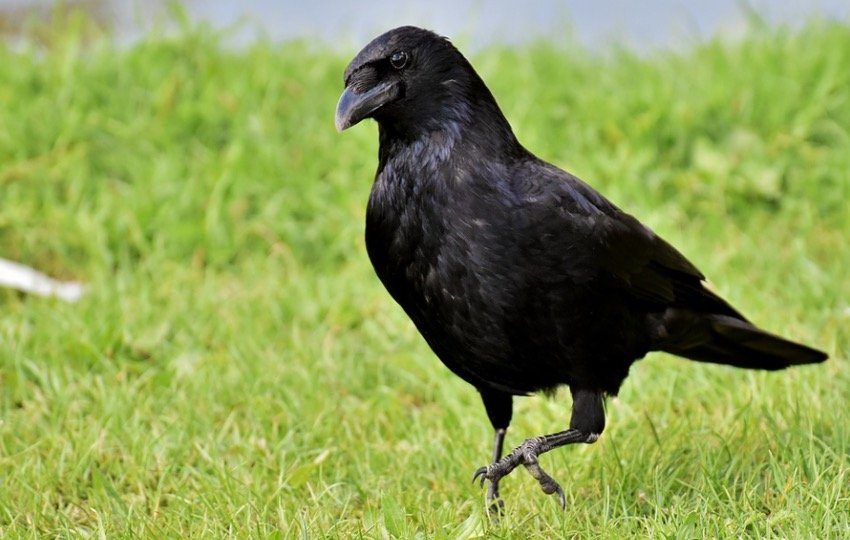 • Common ravens have much larger brains than other birds thus the birds are very intelligent. Many complex problems can be solved by raven very easily. Sometimes, the birds also inform other ravens about some objects and events, which cannot be seen by them immediately. Ravens also inform wolves of carcasses about carcass so that they can come to open it.

• Playing is the favorite act of ravens, particularly young ravens. Sometimes the common raven prefers to play with dogs and other species and also use toys to play with them.

• The tower of London is guarded by seven ravens till 2021. People believe that when the raven stops guarding the tower or left it, the kingdom will collapse. One raven is spare just in case and the tower is guarded by other six ravens. 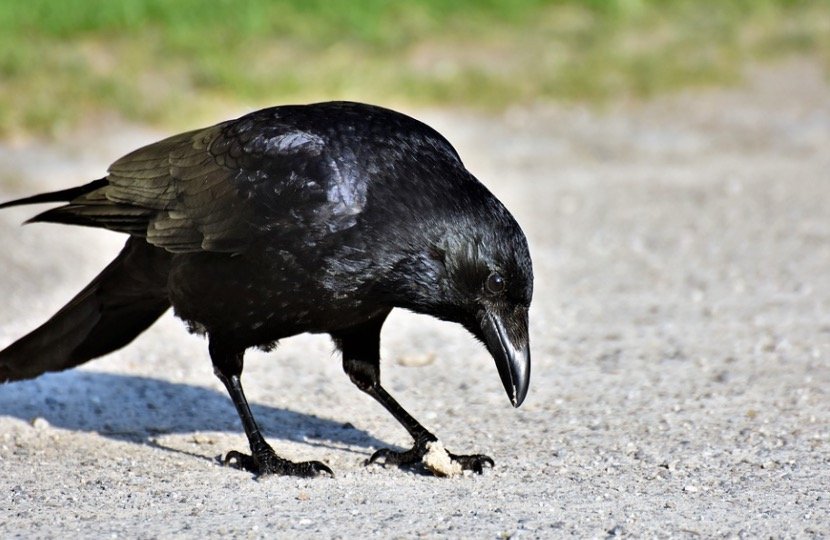 Other Species of Common Raven

Corvus corvax is the scientific name of the common raven, which is commonly known as the western raven. The word “Corvus” is derived from a Latin word, which means raven and the species name corax is a Latinized Greek word used for crow or raven. So as the name indicates, the common raven is also thought of like a double crow. 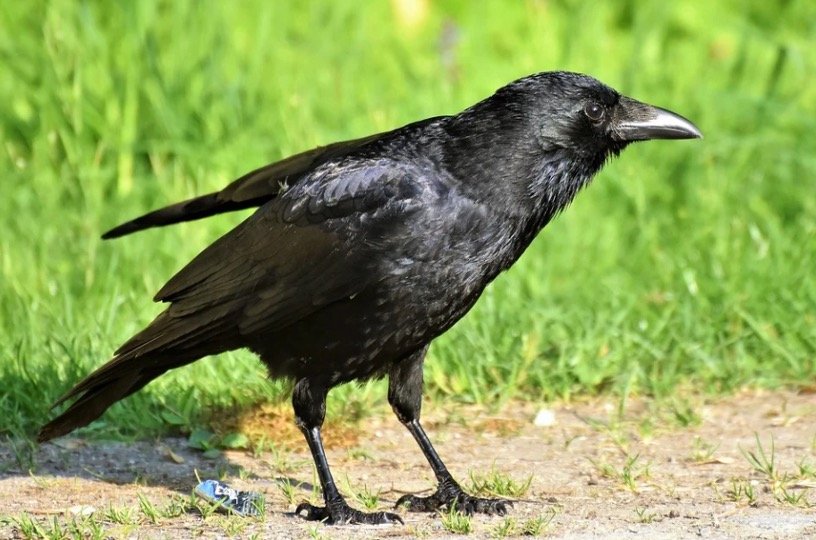 Appearance and Behavior of Common Raven

Among passerine birds, the common raven is the largest bird. The bird consists of glossy black colored wings. When light falls on their wings, it may appear blue or purplish. The body of the bird is around 21 to 26 inches long.

The bill of the common raven is curved at the end and thick. The length of the wingspan is around 4 feet. The birds can weigh up to 4 pounds. The size of males is relatively larger than females.

The common raven has a wedge-shaped tail and hairs are present in their throat, which is known as hackles. The raven uses its hackle for communication by raising or lowering it.

The raven differs from the crow in the shape of its tail, hackles, robust bills, and size of the bird. Also, another major difference between both species is crows are less likely than ravens to glide or soar in flight.

Ravens are also known as songbirds because they can make a variety of sounds or vocalizations. Around 30 different vocalizations are recognized by scientists. Even the birds can make wingbeats having evocative sounds during flight. 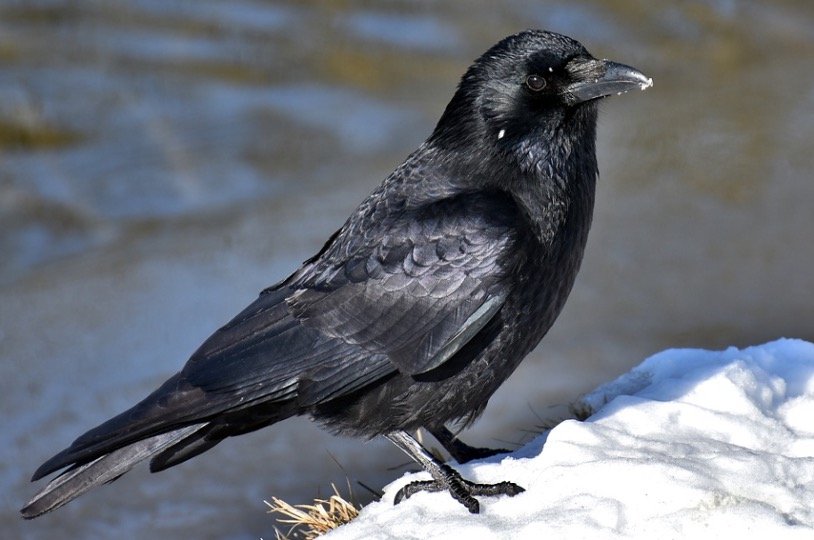 Sometimes ravens are recorded while traveling with their mates but generally they prefer to live solitary. The birds sometimes travel in flocks during young age. The flocks of the raven are considered unkind.

When they find food concentrated in a particular area, the birds may form a group. When the young ravens see any shiny and bright object, they seem to be fascinated with the objects.

At their old age, the ravens can solve problems in a much better manner but they become more staid at old age. Common ravens are not migratory birds and they do not go for migration but if the weather becomes much cold or hot, they may move around their range.

The breeding pair form territory and also defend their young staunchly from potential predators. To defend their young, they chase and scold their predators, and sometimes when they come too close, the raven drop rocks on their head. The birds are quite intelligent and can identify humans and also individual ravens. 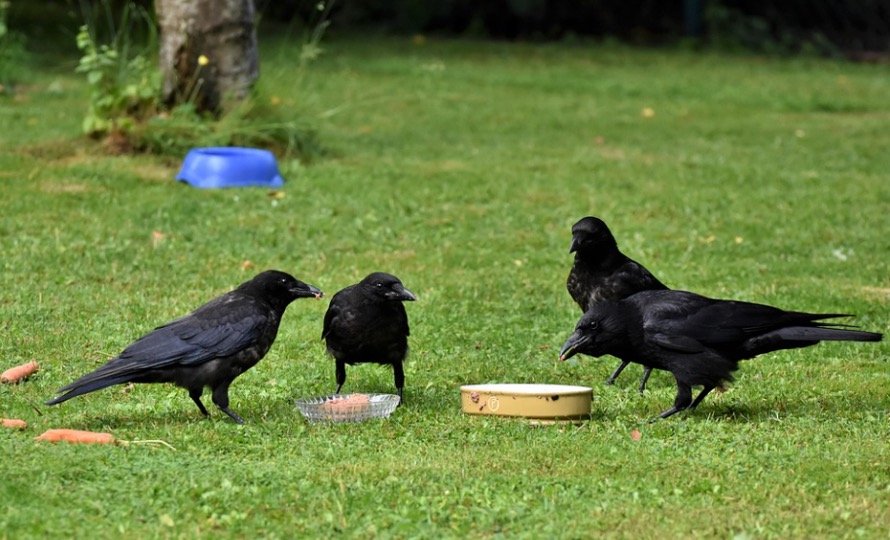 Common ravens can survive easily in any habitat since the birds are omnivorous and can eat almost everything, which can be digested through their digestive system. The diet of a common raven includes both plant and animal material.

The birds feed upon arthropods, amphibians, reptiles, small rodents, and insects. Farmers consider the common raven as a pest because they consume fruits, grains, and berries. They are also scavengers and eat carrion along with larvae of insects and insect carriers also.

The common raven is excited to eat human garbage and excrete the undigested food in feces. The bird also hides food by collecting food from the caches of other animals including other ravens.

They raid food and then hide it in their food caches. The eggs and the young of other birds are also eaten by the raven. Sometimes the common raven also consumes some small birds, when they become an adult.

In some cases, they consume newly born babies of lambs, goats, and calves by killing them. When a young raven sees that an adult raven is enjoying a large carcass, it calls all his friends to come to the food source.

However, the common raven cannot consume everything. Similar to other bird species, ravens should not eat chocolate that is toxic for them. The raven can become sick by consuming heavy metals such as lead and copper.

Some seeds and pits such as apples, peaches, apricots, pears, and other fruits are also harmful to the ravens and cause sickness because they contain cyanide. 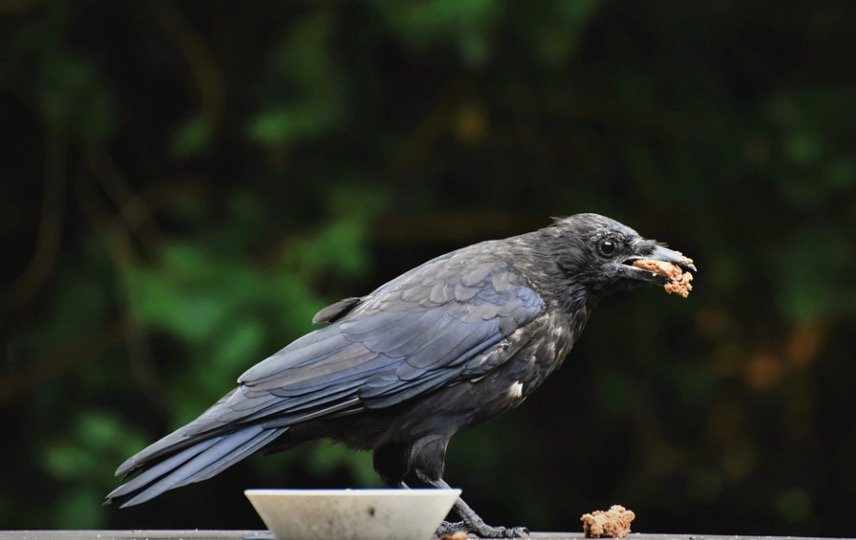 What Does Common Raven Eat?

The diet of a common raven includes mice, spiders, insects, reptiles, amphibians, and other animals. They also consume human garbage, carrion, and undigested animal droppings, etc. Some plant materials including grains, fruits, and seeds are also eaten by a common raven.

Predators and Threats of Common Raven

The common raven, also called a songbird is large enough and also intelligent. The bird is so vigilant that an animal predator faces many difficulties to get the best of it.

Sometimes, the eggs of a common raven can be stolen by an owl or a bird of prey. A marten, which is a type of weasel also eats its eggs. An adult raven also face threat from a bird of prey, which can attack them.

The predators of an adult raven include eagles, goshawks, great horned owls, eagle-owls, and red-tailed hawks. Sometimes, cougars, lynxes, and coyotes also feed on the common raven but it is not usual.

The common raven reaches sexual maturity at the age of three years, but the birds start to court their mating partner from an early age before reaching sexual maturity. The autumn or the winter season is the breeding season for the birds and depending upon the range of the bird, they lay eggs in early spring.

It is believed by scientists that during a breeding season, the ravens live in pairs and stay together, but whether they mate for life or not is known yet. The male raven performs acrobatics, shows their intelligence, and proves their best to their mating partner during courtship rituals.

The female crouches shake her wings and also raise her tail when she agrees to form a pair with a male raven. The nest was built by both the partners and they also defend their territory. The nest of a raven is very deep but not symmetrical.

They use twigs and sticks to build their nest and then line it with tree bark, mud, and fur. The diameter of the nest is about 16 to 60 inches and depth is around 5 to 6 inches, the nest is usually built in a large tree, an abandoned building, or sometimes on a telephone pole.

Around three to seven eggs were laid by the female in the nest, which are incubated for about 21 days. The eggs are blue-green colored and incubated by the only female while males take responsibility to protect chicks from predators.

The chicks are dependent on their parents. The birds only have brood in a year. The chicks start flying at the age of a month but they live with their parents until they become six months old. The birds have a very long life span and they can live up to 40 years.

The ravens guarding the Tower of London are living there for the last 40 years. In wild, the ravens are usually less pampered and have a life span of 13 years.

The estimated population of the common raven is around 16 million birds worldwide in the wild habitat. It seems that the population of ravens is still increasing.

In some areas, the common ravens are increasing their population in exploiting manner. In some regions such as Alaska, the ravens cause a threat to other vulnerable species thus they need to be culled from time to time in such places.