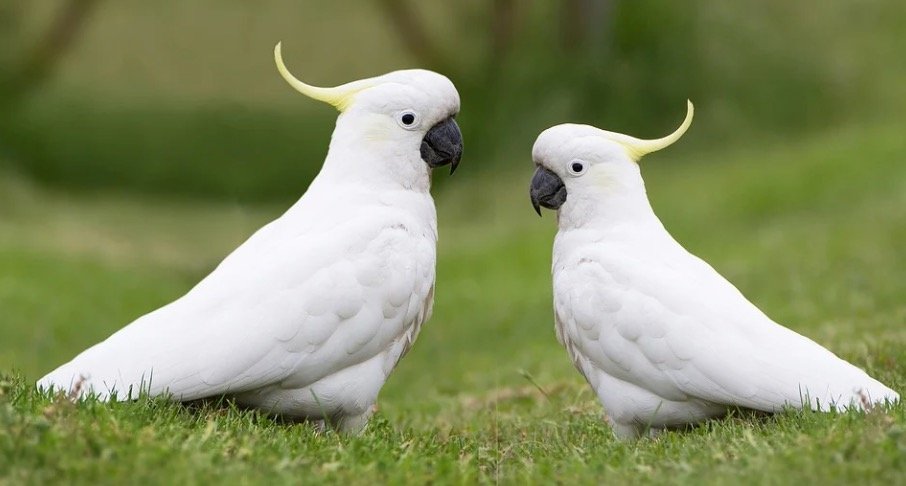 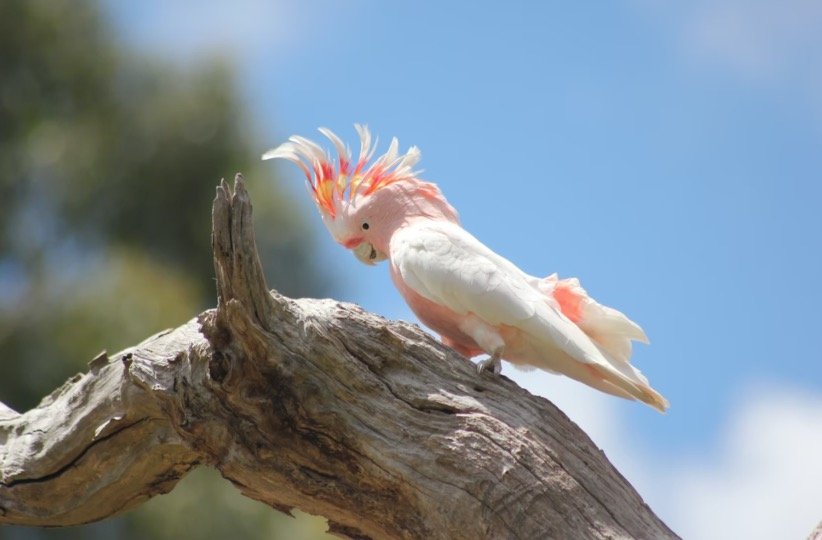 The cockatoo is a bird belonging to the family Cacatuidae. The birds are very playful, caring, and also loyal to their owners. They are very noisy and also energetic birds that have a rich emotional interior life. The cockatoo is considered a good pet due to its temperament and friendly behavior.

The birds are native to Asia and the Pacific region and are commonly spotted in urban and suburban areas. However, the birds are not always welcomed by the residents due to their playful behavior that sometimes may cause destruction.

The oldest member of the cockatoo family lives in Australia, who lived for the age of 120 years old. The oldest cockatoo bird is also called Cocky Bennett and at the time of his death, the bird lost all its feathers.

In the international market for the pet trade, cockatoo birds are known as the most popular exotic birds. Sometimes the birds are also domesticated by humans as a pet and they can be easily seen in zoos.

Harley was another popular cockatoo bird, Harley become famous on Instagram. Harley is native to the Netherlands and has a white-colored body.

Sometimes the cockatoo birds use their beak as their third leg. They have a very sharp beak that helps them in gripping the objects and in climbing.

Cockatoos continuously clean themselves after preening or hunting. The birds produce a powder-like substance and they use this substance to clean their body by applying it with their beak. 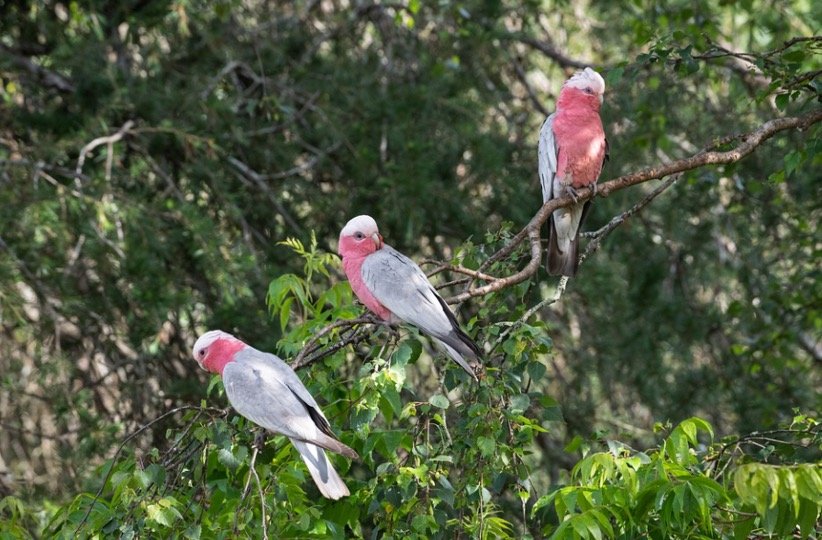 The cockatoos are referred to as a member of order Psittaciformes, which is also known as the order of parrots with some other major families of parrots.

There is a total of seven genera of cockatoos, which comprise 21 species of cockatoo. Some species are extinct now and their information is gathered from fossil records. 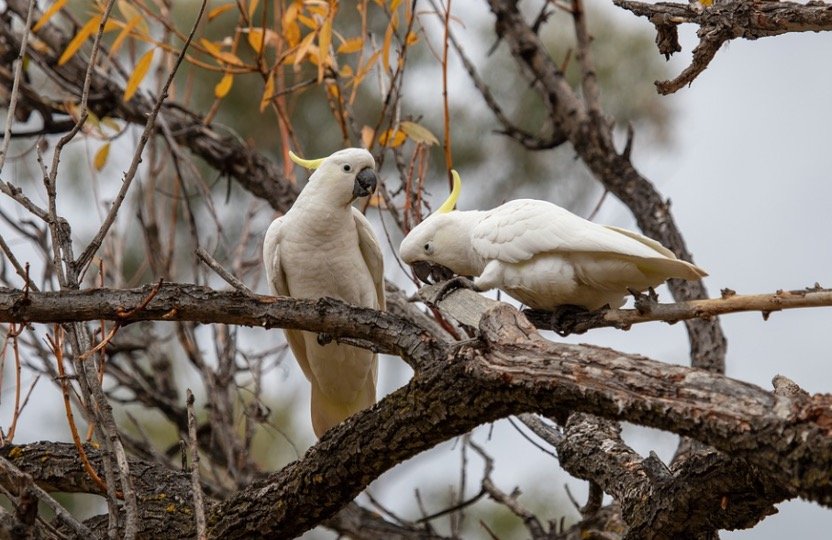 Appearance and Behaviour of Cockatoo

The size of the bird is medium- to large. They have a large beak, which is curved at the end, and small rounded eyes. A crest is found on the head of a cockatoo, which he used to signal its mood to others by raising it and lowering it.

The feet of the cockatoo represent a special arrangement named zygodactyls. The term means that two of its toes are pointed backward and the other two toes point forward. Thus the cockatoo uses their toes for gripping branches tightly and also to climb up trees carefully.

Even the birds can climb up the trees with only one foot and use another food to grip food. As compared to parrots, the coloration is cockatoos is less. Most of the species are only black or white-colored and the colorful appearance of parrots is not found in a cockatoo.

However, in some species, the body exhibits great coloration such as blue, red, yellow, and green colors. The length of a cockatoo can be around 12 to 24 inches and the birds can weigh up to a few pounds. 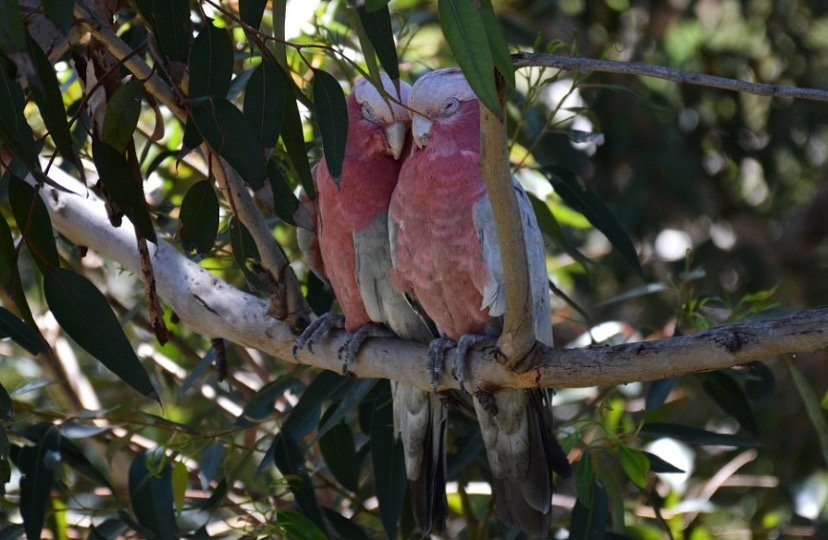 Cockatoo prefers to live in flocks and is considered a highly social bird. Depending upon the food availability in a particular area, the size of their flock may vary that may contain around dozens to thousands of members.

In large flocks, the members can come and go at will thus the flocks are temporary. Usually, the birds do not form strong bonds with anyone except their mates. They use several ways for communication with other cockatoos such as they use loud and shrill sounds through the dense foliage found in their habitat.

They produce very harsh sounds, which are enough to describe their mood. They also use these sounds to send warnings and build social bonds. If the flock gets a warning from any predator, the birds leave guards or sentries who guard them and raise an alarm in case of any threat.

The birds also use their crest feathers for communication. When the birds are indocile and relaxed mood, their feather is down and if the cockatoo is excited or distressed, they show erect feather. When the bird is excited, they also change a featherless patch of skin found under their eyes.

According to the change of the season, the birds travel great distances, and thus they are called nomadic birds. However, the distance covered by the birds and the degree of migration depend upon the food availability in the area and the species.

For instance, the distance covered by forest-dwelling species is relatively less because the food supply is much stable in forests. In most species, the cockatoos usually rest at night in their homes and remain active throughout the day.

Cockatoos are considered one of the most intelligent birds on the planet. It is observed by scientists that cockatoo needs a little trigger and they can create tools by using sticks.

However, how they make customized tools by breaking a stick down is not fully understood yet. The birds use the stick in banging against the hollow part of a tree.

It is believed that the birds behave like this to deepen their bond with their partner and sometimes to warn other birds. According to some studies, the bird is also proficient at puzzle-solving and object manipulation. 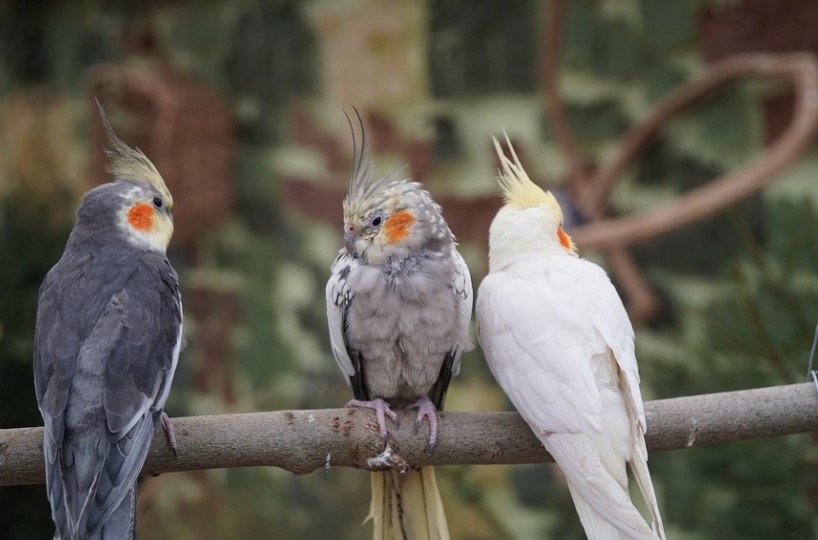 The bird lives in the Pacific region in Asia. Most of the birds have habitats in Australia but they are also found in the Philippines, eastern Indonesia (mainly the area of Sulawesi), and New Guinea and the birds are also distributed in the Solomon Island and some other scattered islands.

Cockatoos primarily eat fruits, nuts, seeds, and roots. Their diet also includes insects but they eat them only when they feel compulsory to eat meat. Some species of cockatoo consume only a specific type of vegetation while some others can be opportunistic and eat whatever they can find.

Their beak is quite strong with a curved end that helps them in opening the shells and digging up the roots and insects from the ground. Their muscular tongue also acts as a tool for digging insects. 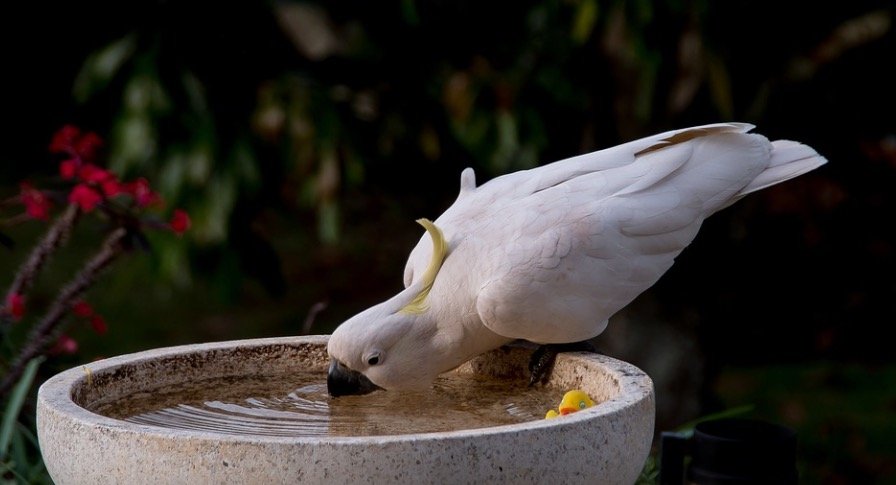 Predators and Threats of Cockatoo

However, the birds are not completely defenseless but when they are separated from their flock, they can be hunted by predators. Sometimes, the birds also get infected by several diseases and infections. The co-existence of cockatoos and humans is very long around for thousands of years.

However, some factors cause friction between both such as land development and large-scale hunting of these birds. The birds are facing threats due to habitat loss because they need very specialized environmental requirements.

Human activities such as agriculture, logging, and mining are causing the problem to the species. Although the capturing and trading of cockatoos is strictly restricted by international law and their trade on the market, poaching is illegal but it is persisting in many regions of the world.

Cockatoos also feed on many crops thus they are considered pests by farmers. To restrict them and prevent their crops, people use poisoning, capturing, and other ways.

The cockatoos also damage human properties, gardens and also chew wires so that they can maintain the sharpness of their beak. Thus they cause severe problems while living in human settlements. 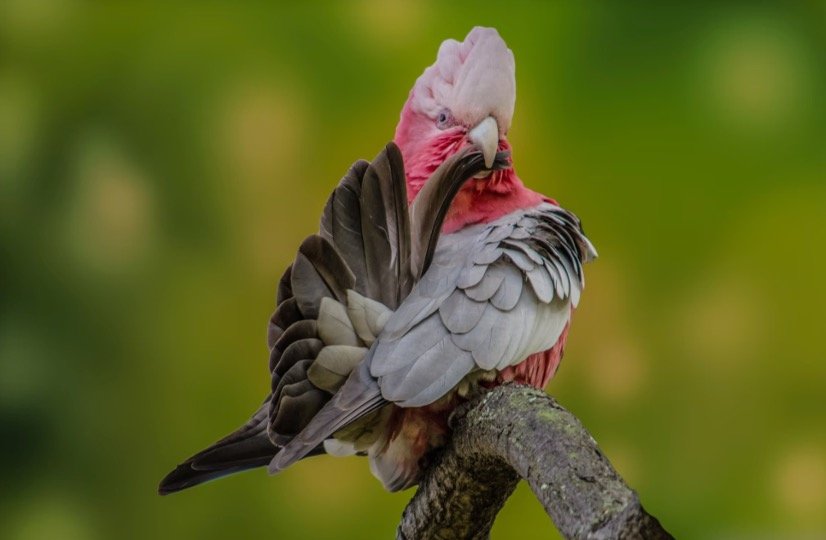 Reproduction, Babies, and Lifespan of Cockatoo

Generally, cockatoos form pairs for life and are considered monogamous organisms. They show very strong and emotional attachments. It is also reported in some cases that after being separated from their partner, they suffer psychologically.

They feed and preen each other while courting. Once their bond is established, the courtship displays usually subside. After the courtship rituals, the pair collects sufficient sticks, wooden chips, and leaves to build their nest.

Sometimes, the holes are very scarce and the birds fight against each other by their property. Around one to eight eggs are laid by the female in intervals of two to three days. The incubation is done by both the parents.

The chicks compete for food and their survival rate is not very good. The parents teach valuable skills to chicks during their first years of life. After the eggs hatch, their flight feathers develop and the birds reach sexual maturity at the age of three to seven years. The lifespan of a cockatoo is around 25-60 years. Some birds live up to 100 years as humans.

Currently, the International treaties are protecting the birds thus their population is not depleting. They are also conserved in many zoos and organizations and they are also saving them by keeping their genetic pool using breeding methods.